At the age of 7, Sofia won a week for her family at The Hilltop Ranch in Jamesville, New York. 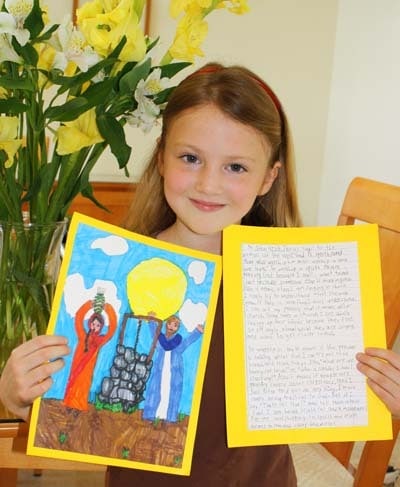 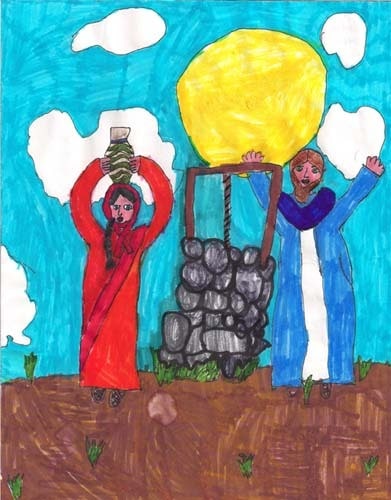 Festival Question: How do you worship God in spirit and truth? (John 4:15-26)

Sofia’s Answer:
“In John 4:24, Jesus says to the woman at the well, ‘God is spirit, and those who worship him must worship in spirit and truth.’ To worship in spirit means praising God because I really want to, not just because someone else is making me. Also it means when I am singing in church, I really try to understand what the words mean. If there is something I don’t understand, I can ask my parents what it means after church. Sometimes in church I see adults raising up their hands because they feel so strongly about what they are singing, and want to get closer to God.

“To worship in truth means if the preacher is talking about God, I can try not to be bored and think things like, ‘What are we having for lunch?’ or “When is Sunday School starting?” Also it means if people are speaking rudely about Christians, and I just listen and not do anything, I’m not really being truthful to God. But if I say, ‘That’s not true!’ and tell them about God, I am being truthful and a missionary! For me, worshipping in spirit and truth means to love and obey God more!”

Palm Harbor, Fla., April 16, 2010 – On Wednesday, Jennifer Angelini sat down at the computer with her 7-year-old daughter Sofia. After looking at online video of last week’s winner from the Children’s International Arts Festival, Sofia said, “I don’t really think I could win.” However, her mother said she could tell from the happiness in her daughter’s voice that she hoped the next dude family vacation winner could be her.

Today, television news reporters and photographers from 10 Connects, Bay News 9 and Fox 13 showed up at the Angelini house for a Publishers-Clearing-House like surprise phone call from The Hilltop Ranch owner Ron Sirota and festival founder Carey Kinsolving.

“Congratulations! You have won a week at the Hilltop Ranch in beautiful upstate New York,” said Sirota.

After dead silence from Sofia, her mother said, “Her tongue is tied, but she’s smiling.”

Angelini answered the question for an online storybook Bible on the Gospel of John, “How do you worship God in sprit and truth?” Her artwork and some of her writing will appear in the “Kids Color Me Bible Gospel of John” at www.KidsTalkAboutGod.org. Winners from the past two years have already been published in the first 12 chapters of the free, online book.

“For a 7-year-old, Sofia’s artwork and writing are exceptional,” said Carey Kinsolving, author, syndicated columnist and founder of the Children’s International Arts Festival. Her writing and artwork can be seen at www.KidsTalkAboutGod.org/sofia.

Sofia, her parents and sister will enjoy majestic vistas from horseback in the rolling foothills of the Adirondacks in Jamesville, NY at The Hilltop Ranch (www.thehilltopranch.com). With The Great Adirondack Park Preserve slightly less than one hour by truck and horse trailer away, the Angelini family may enjoy the east coast’s largest forest preserve on an overnight pack trip. With over six million acres of forest, mountains and lakes, it’s larger than Yellowstone, Yosemite, and Glacier National Parks combined.


The purpose of the Children’s International Arts Festival is to foster Bible literacy. “Some children become highly motivated to squeeze every ounce of meaning from a Bible text when there is a dude ranch vacation looming just over the horizon,” said Kinsolving. All the information about the online festival can be found at www.KidsTalkAboutGod.org. 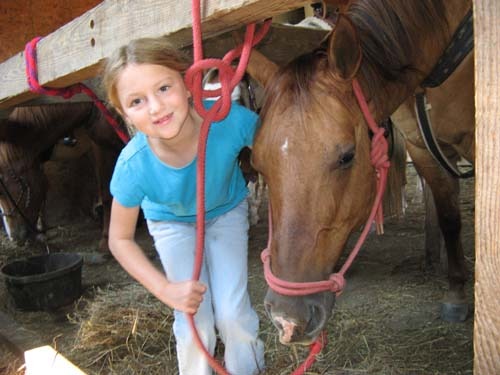 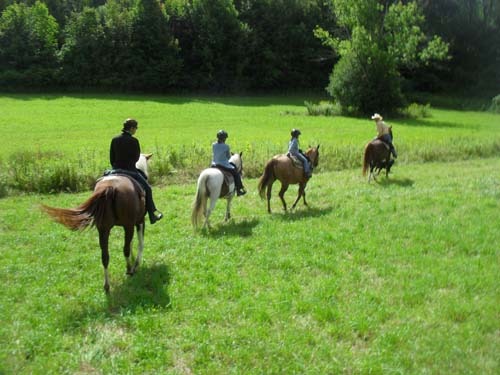