At the age of 8, Reecie won a week for her family at Runamuk Guest Ranch in Roundup, Montana.

WNDU TV did a news story on Reecie’s big win! 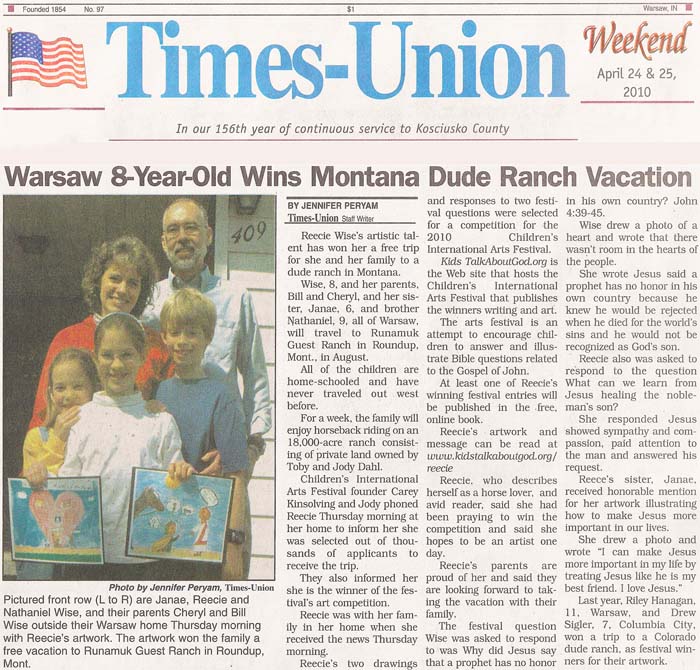 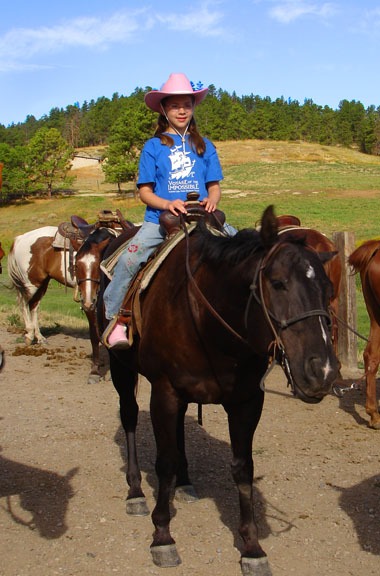 Festival Question: Why did Jesus say that a prophet has no honor in his own country? (John 4:39-45)

Reecie’s Answer:
“Jesus said that because the people of His town knew things He had done accidentally (because He could do no wrong!) when He was younger. Others did not. He was no one special… just Mary’s son.

“It is like if your sister became famous and flew to Chicago and people oohed and aahed over her. But when she came back home, she still would have to clean her room. She would be no one special… just your sister.

“Jesus said, ‘A prophet has no honor in his own country’ because He knew He would be rejected when He died for the world’s sins, and He would not be recognized as God’s Son. (Isaiah 53)” 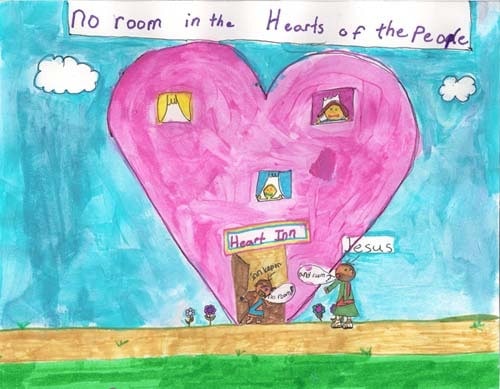 Festival Question: What can we learn from Jesus healing the nobleman’s son? (John 4:46-54)

Reecie’s Answer:
“Jesus showed sympathy and compassion, paid attention to the man and answered his request. Jesus can do things without going to exactly where it happened. I learned that when Jesus says something, it will happen. Jesus expected the man to obey. He is the giver of life. He gave the nobleman’s son new physical life, and then He gave the whole family spiritual life.

“This means to me that Jesus shows me compassion and sympathy. He hears my prayers and requests. I can trust what Jesus says in the Bible. He expects me to obey. I know what Jesus says will happen. No matter where I am, God knows my needs. Jesus gives me spiritual life.” 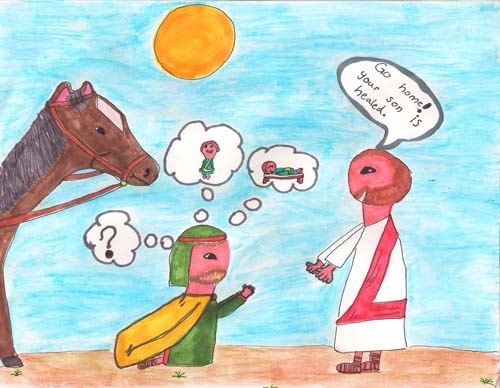 Warsaw, Ind., April 22, 2010 – Last Friday, Cheryl Wise sat down with her 8-year-old daughter Reecie to look at online, video news stories of children who have won dude ranch family vacations through the Children’s International Arts Festival. After looking at other children celebrate their wining art and writing, Reecie sighed and said, “It just seems so impossible.”

This morning, the impossible happened. Reporters from three South Bend TV stations and two Warsaw newspapers knocked on the door of the Wise family home to capture the Publishers-Clearing-House like moment. In a phone call, Reecie learned that she had won a week-long vacation for her family at the Runamuk Guest Ranch in Roundup, Montana.

“We’re calling to congratulate you, Honey, to tell you that you and your family have a won a ranch vacation to Runamuk Guest Ranch in Roundup, Montana,” said ranch co-owner Jody Dahl in a phone call to Reecie Wise.

Dahl told Wise she would be riding a horse named Willie for the week. She’ll also see elk, mule deer, wild turkey and real Indian pictographs while riding through open meadows, pine forest and sandstone rimrock. With 1,800 head of cattle on the Runamuk, Dahl told Wise that she and her two siblings will learn how to move cattle.

In addition to working cattle, the Wise family will have 18,000 acres of private land to explore. Runamuk has been owned by the same Montana ranching family since 1886. The ranch cooking isn’t bad either as it has been featured on The Food Network (www.runamukguestranch.com).

Wise drew two pieces of art that illustrated her answers to the following questions: “Why did Jesus say that a prophet has no honor in his own country? (John 4:39-45)” and “What can we learn from Jesus healing the nobleman’s son? (John 4:46-54).” Her artwork and some of her writing will appear in the Kids Color Me Bible Gospel of John at www.KidsTalkAboutGod.org. Winners from the past two years have already been published in the first 12 chapters of the free, online, storybook Bible.

“For an 8-year-old, Reecie’s artwork and writing are exceptional,” said Carey Kinsolving, author, syndicated columnist and founder of the Children’s International Arts Festival. Her writing and artwork can be seen at www.KidsTalkAboutGod.org/reecie.

The purpose of the Children’s International Arts Festival is to foster Bible literacy. “Some children become highly motivated to squeeze every ounce of meaning from a Bible text when there is a dude ranch vacation looming just over the horizon,” said Kinsolving. All the information about the online festival can be found at www.KidsTalkAboutGod.org.