Here’s what happened when 10-year-old Daniela took her family to South Padre Island on the Isla Grand Beach Resort vacation she WON!

You won a WEEK at Isla Grand Beach Resort in South Padre Island!

Daniela Flores, 10, entered the RGV Children’s Arts Festival last Fall at her school, Macedonian Christian Academy. On April 1, she was surprised when a crew from Kids Talk About God came into her class at school. With them was Daniel Salazar (pictured here with Daniela), manager of Isla Grand Beach Resort, who announced that she had WON!

She and her family will enjoy her prize together: a WEEK at Isla Grand Beach Resort in South Padre Island.

As part of her prize package, Daniela will also receive a fused-glass rendering of her art courtesy of Yoli Cantu of McAllen Stained Glass. In addition, she will get to take three friends there with her for a fused glass workshop.

Daniela was a festival finalist in 2016-17 when she was just 6 years old, but didn’t win that year. She kept trying though, and this year her persistence paid off!

At 1:10 in the video, you will see Daniela’s surprise! 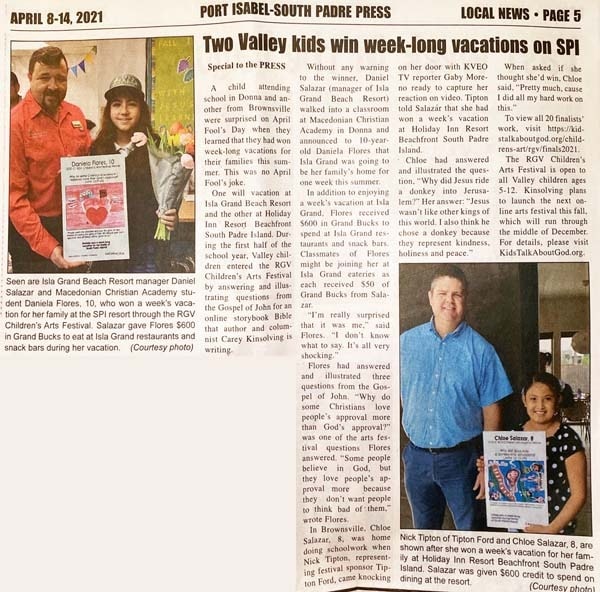 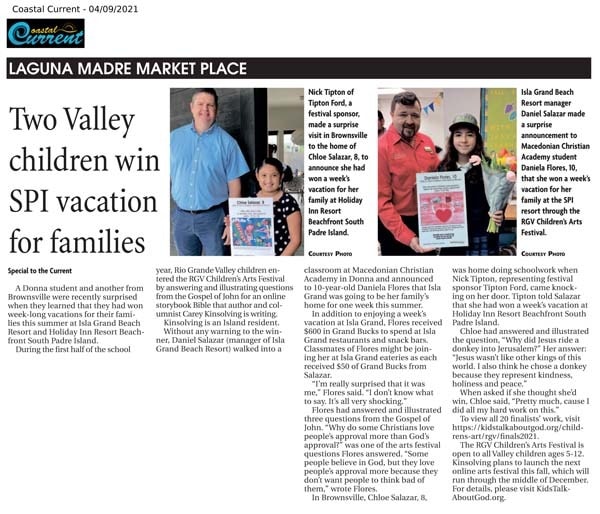