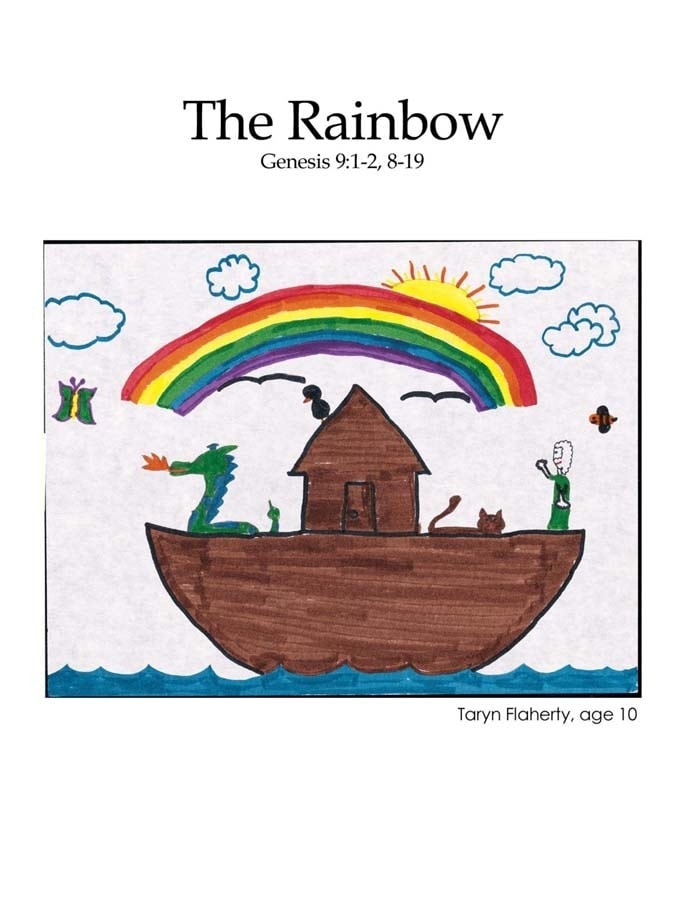 9 1 God blessed Noah and his sons and said to them, “Have many children. Fill the earth with your people. 2 Every animal on earth, every bird in the air, every animal that crawls on the ground, and every fish in the sea will be afraid of you. All of them will be under your control.

17 So God said to Noah, “This rainbow is proof of the agreement that I made with all living things on earth.”

18 Noah’s sons came out of the boat with him. Their names were Shem, Ham, and Japheth. (Ham was the father of Canaan.) 19 These three men were Noah’s sons. And all the people on earth came from these three sons.

What color is God?

“I think God is light blue and white because I think he watches us from the clouds.” Brittany, 9

“I think God is gold because he shines over us, and he helps us be kind and merciful to others.” Lindsay, 7

“God is a rainbow color because he loves all people.” Hunter, 7

The idea of God being all the colors of the rainbow is certainly a nice one. In fact, a man in the Bible named Ezekiel saw a vision of God and “the light shining around him was like a rainbow in a cloud” (Ezekiel 1:28). That might be the closest we get to knowing what color God is.

God created the very first rainbow after the flood to give Noah and his family a sign. God promised he would never again destroy the world with a flood. Rainbows are beautiful signs in the sky that God loves us and will take care of us—just as he promised long, long, ago.

God likes the rainbow so much he created one in heaven. Do you know where it is? It’s around the throne on which the Lord Jesus sits (Revelation 4:3). There are living creatures around his throne who never stop saying, “Holy, holy, holy is the Lord God All-Powerful. He always was, he is, and he is coming” (Revelation 4:8).

The next time you see a rainbow, thank God that he promised us he would never destroy the Earth again by water. Then, think of the rainbow around the throne of Jesus. He is holy. If you have trusted Jesus as your savior, he has made you holy. That means you can live with him forever in heaven and glorify him now on Earth.

The rainbow is beautiful because it has so many colors. God’s kingdom is glorious because people from every tribe and nation are part of it. If you think you are better than others because of your skin color or nationality, think again. The Book of Revelation shows us a scene in heaven where everyone sings a song to the Lord Jesus. Part of this heavenly song says, “With your blood sacrifice you bought people for God from every tribe, language, race of people, and nation” (Revelation 5:9).

Think About This: God gives us signs so that we will remember that he does what he promises.

Memorize This Truth: “I am putting a rainbow in the clouds as proof of the agreement between me and the earth” (Genesis 9:13).

When you see a rainbow, do you think about God’s promise?
Why is it important to know that God keeps his promises?
How many promises of God can you name? 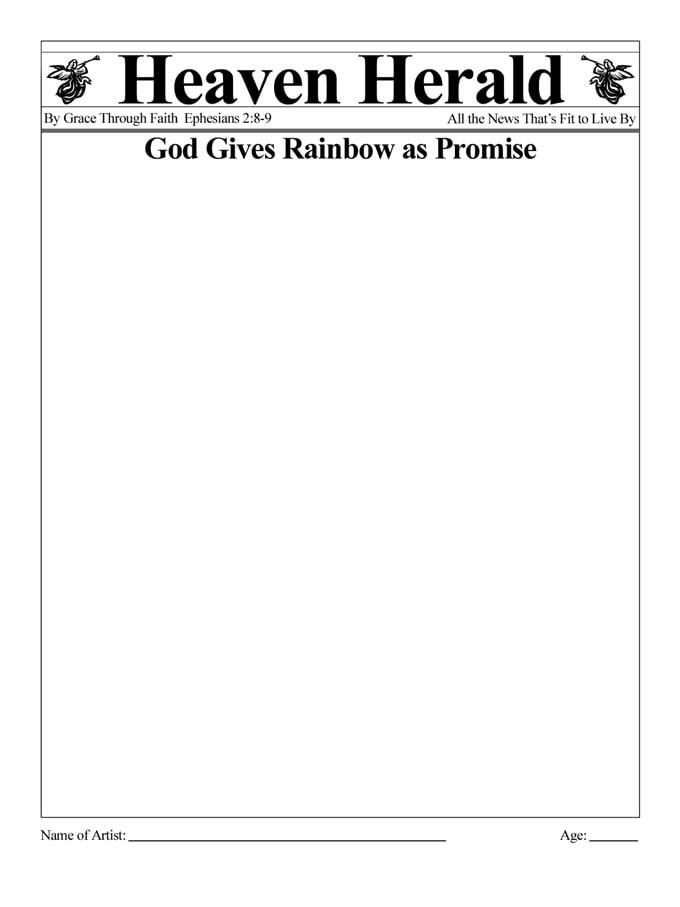 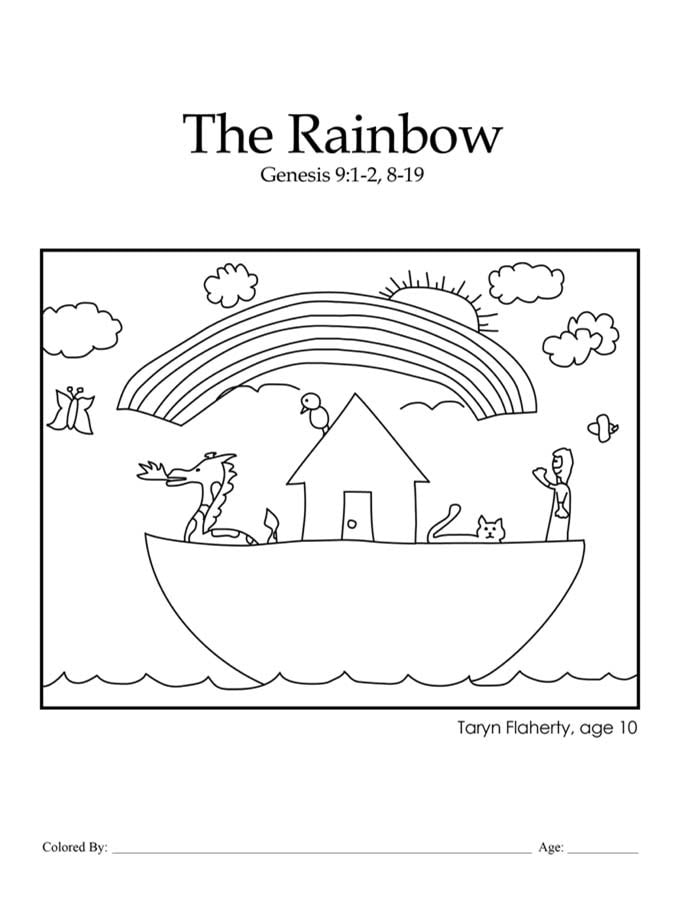