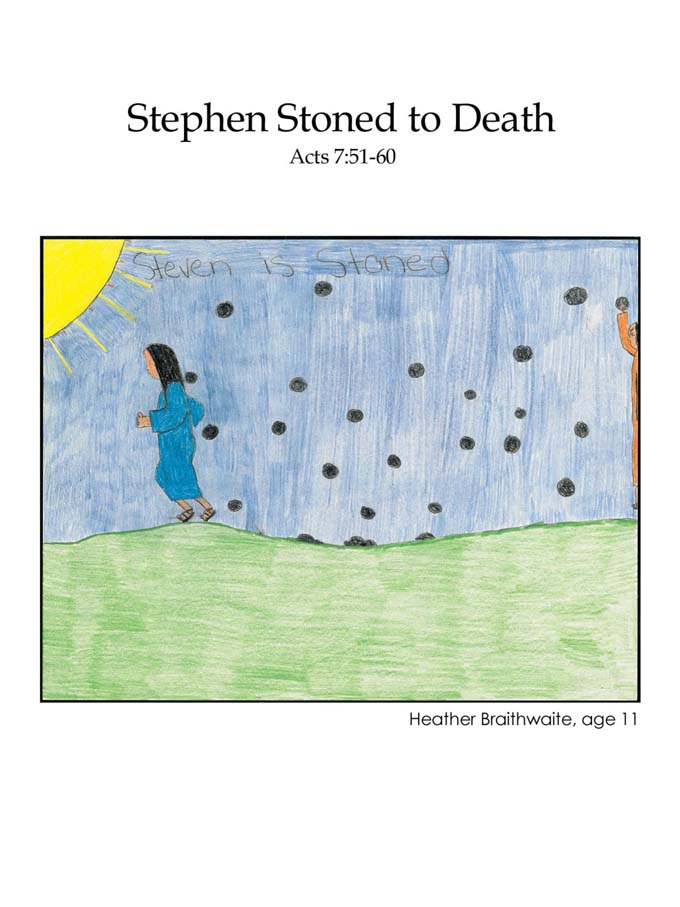 51 Then Stephen said, “You stubborn Jewish leaders! You refuse to give your hearts to God or even listen to him. You are always against what the Holy Spiritf wants you to do. That’s how your ancestors were, and you are just like them! 52 They persecutedg every prophet who ever lived. They even killed those who long ago said that the Righteous One would come. And now you have turned against that Righteous One and killed him. 53You are the people who received God’s law, which he gave you through his angels. But you don’t obey it!”

54 When those in the council meeting heard this, they became very angry. They were so mad they were grinding their teeth at him. 55 But Stephen was full of the Holy Spirit. He looked up into heaven and saw the gloryi of God. And he saw Jesus standing at God’s right side. 56 Stephen said, “Look! I see heaven open. And I see the Son of Manj standing at God’s right side.”

57 Everyone there started shouting loudly, covering their ears with their hands. Together they all ran at Stephen. 58 They took him out of the city and began throwing stones at him. The men who told lies against Stephen gave their coats to a young man named Saul. 59 As they were throwing the stones at him, Stephen was praying. He said, “Lord Jesus, receive my spirit!” 60 He fell on his knees and shouted, “Lord, don’t blame them for this sin!” These were his last words before he died.

f 7:51 Holy Spirit Also called the Spirit of God, the Spirit of Christ, and the Comforter. In union with God and Christ, he does God’s work among people in the world.

g 7:52 persecute To hurt, cause trouble for, or do bad things to someone, especially because of their beliefs.

i 7:55 glory A word that refers to the special qualities of God. Often it means brightness, referring to the way he appears to people. Sometimes it means majesty or power, referring to a kind of greatness that cannot be compared to anything in human experience. It can also include the ideas of wealth, honor, fame, or respect, especially in expressions of praise.

j 7:56 Son of Man The name that Jesus most often used for himself. The phrase in Hebrew or Aramaic means “human being” or “mankind,” but in Dan. 7:13-14 it is used of a future savior and king, and this was later understood to be the Messiah, the one God would send to save his people.

Why is forgiveness so important?

“Forgiveness is important because everyone makes mistakes like your friends. If you didn’t forgive them, you wouldn’t have any friends.” Erike, 10

“If there was no forgiveness, the whole world would be mad.” Adriane, 10

“Forgiveness solves the whole problem, and you don’t get into a fight.” Carson, 6

“You can keep friends and families. You can be happy, not grumpy.” Justin, 10

“Forgiveness is important because if you don’t get forgiveness, you will be without love.” Karoline, 9

Stephen was killed because he believed in Jesus. He wanted to live for Jesus and be like him. One of the things that made him be like Jesus was that he forgave the people who killed him. When Jesus hung on a cross between two criminals, he prayed for those who nailed him to the cross: “Father, forgive them. They don’t know what they are doing” (Luke 23:34).

In Stephen’s last words, he asked God to forgive these people for what they were doing. By forgiving even the people who killed him, Stephen gave a great example to all Christians on how they should forgive others. Because Christ forgave our sins, we should look for ways to show forgiveness and grace to others.

God wants us to live free from trying to hurt people. Let God take care of people who try and hurt you. If you live for God, people will probably make fun of you. Forgive them and be kind to them.

People who don’t forgive become slaves to anger, hatred and other sins. If someone hurts you, it’s probably because they are suffering. If you are kind to them, God might use you to start healing them. Often, people become mean because someone hurt them.

Think About This: The next time you want to pay someone back for being mean to you, think about Stephen.

Memorize This Truth: “Be kind and loving to each other. Forgive each other the same as God forgave you through Christ” (Ephesians 4:32).

Ask This Question: Can you forgive others as Jesus has forgiven you?

Can you forgive others as Jesus has forgiven you? 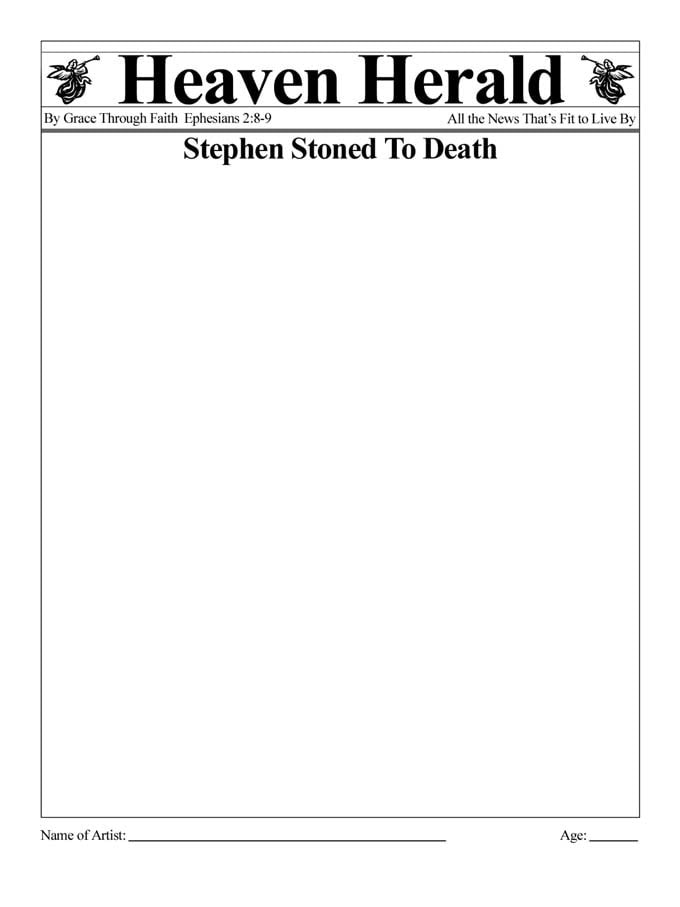 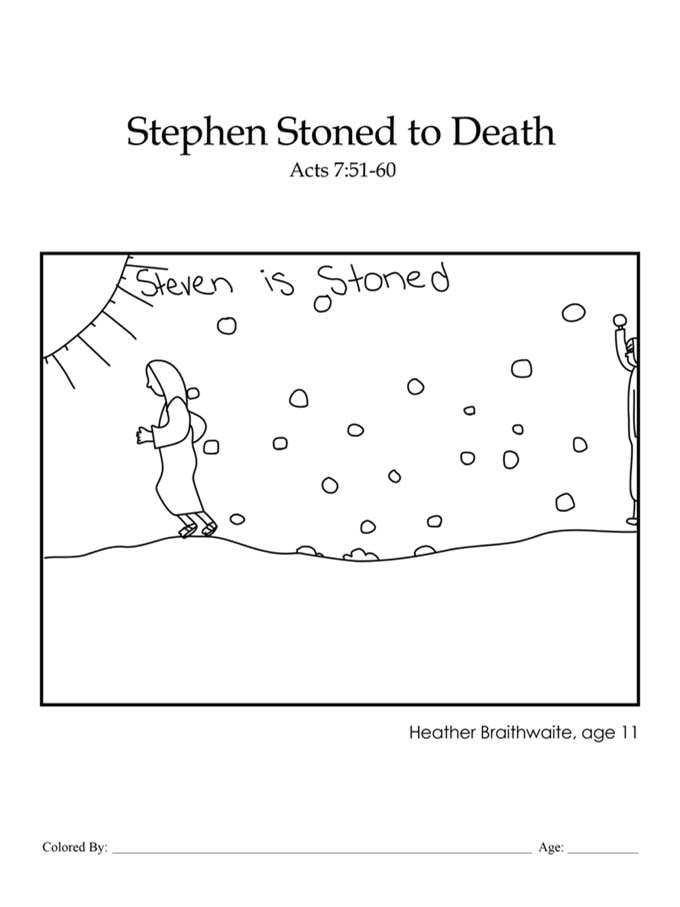