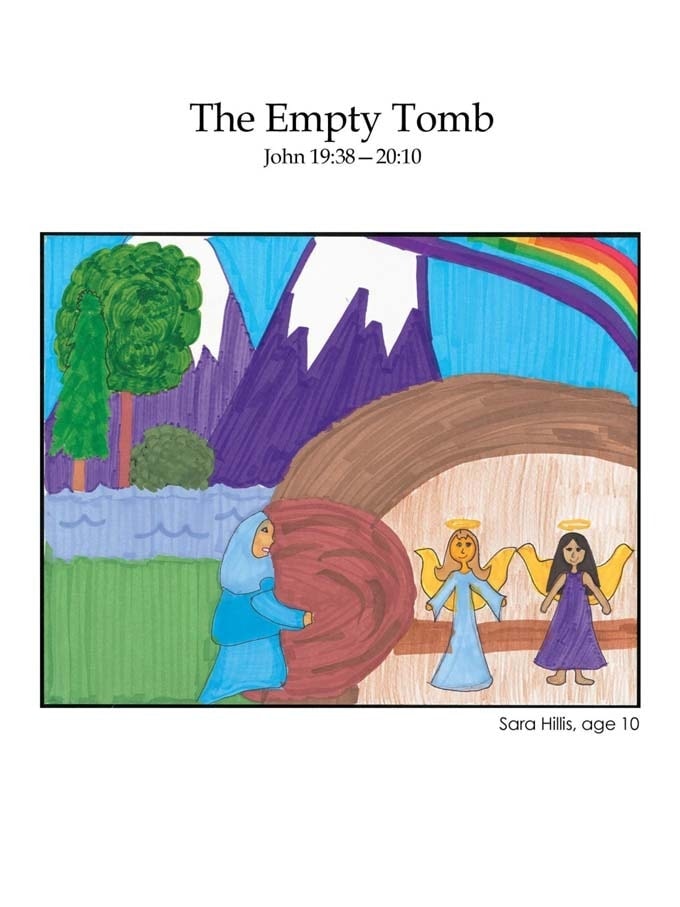 38 Later, a man named Joseph from Arimathea asked Pilater for the body of Jesus. (Joseph was a follower of Jesus, but he did not tell anyone, because he was afraid of the Jewish leaders.) Pilate said Joseph could take Jesus’ body, so he came and took it away.

39 Nicodemus went with Joseph. He was the man who had come to Jesus before and talked to him at night. He brought about 100 poundss of spices—a mixture of myrrht and aloes.u 40 These two men took Jesus’ body and wrapped it in pieces of linen cloth with the spices. (This is how the Jews bury people.) 41 In the place where Jesus was killed on the cross, there was a garden. In the garden there was a new tomb.v No one had ever been buried there before. 42 The men put Jesus in that tomb because it was near, and the Jews were preparing to start their Sabbathw day.

News That Jesus Has Risen From Death

20 1 Early on Sunday morning, while it was still dark, Mary Magdalene went to the tomb. She saw that the large stone was moved away from the entrance. 2 So she ran to Simon Peter and the other follower (the one Jesus loved very much). She said, “They have taken the Lord out of the tomb, and we don’t know where they put him.”

6 Then Simon Peter finally reached the tomb and went in. He saw the pieces of linen lying there. 7 He also saw the cloth that had been around Jesus’ head. It was folded up and laid in a different place from the pieces of linen. 8 Then the other follower went in—the one who had reached the tomb first. He saw what had happened and believed. 9(These followers did not yet understand from the Scripturesb that Jesus must rise from death.)

10 Then the followers went back home.

t 19:39 myrrh Sweet-smelling sap from the bark of trees or other plants that was used for perfume and also to prepare bodies for burial. Mixed with wine, it was probably used to relieve pain (Mk. 15:23).

v 19:41 tomb A grave dug in a wall of rock or a building where a dead body is buried. It can also be a small building made to show respect for important people who had died.

w 19:42 Sabbath Saturday, the seventh day of the week and a special day for Israelites or Jews. By God’s command it was set aside as a time for the people to rest and honor God.

What does Easter mean to you?

“Easter is when Jesus was resurrected, and when the Easter bunny comes to see us the night before.” Mason, 11

“Easter is really a pagan holiday with all the bunnies and chicks. If you celebrate in the right way about Jesus, it is a good holiday.” Hannah, 9

“It’s not about the ‘Easter Bunny’ or getting candy and presents. God is the greatest person in the universe. He died for our sins and for us so we could be saved.” Kendall, 11

Easter is not a time for rabbits but for Christians to jump for joy! Three days after Jesus died, he came alive again. When he rose from the dead, he showed the world that he had conquered Satan and death. Jesus is alive! This is the real message of Easter.

At Easter we remember that Jesus’ tomb is empty because Jesus became alive again after he was dead. Our hope for the future is in a risen Savior. Those who believe in Jesus have his risen life in them—everlasting life. The body that we have now will die, but Jesus promised Christians a new body that will never die.

While we are waiting for our new bodies, we can live as Jesus lived when he was on the earth with a body like ours. He depended on his Father for everything. After Jesus returned to heaven, he sent the Holy Spirit to live in his people. Every day is Easter when you allow Jesus to live his life through you!

Many people say they know the way to God. Some have started religions and have many followers. Others say there are many ways to God. But only one man who said he was the way to God came back from the dead.

One crazy idea is that Jesus’ followers pretended that they saw him after he died. In the first century, it wasn’t popular to be a follower of Jesus. Many suffered and died. Why would people say they had seen Jesus alive if they knew they would suffer for saying it? Most people won’t die for what they know to be a lie. Would you?

Think About This: Jesus rose from death so that he could give his forever life to all who believe in him.

Memorize This Truth: “But he is not here. He has risen from death, as he said he would. Come and see the place where his body was” (Matthew 28:6).

Do you know that Jesus wants to live through you? 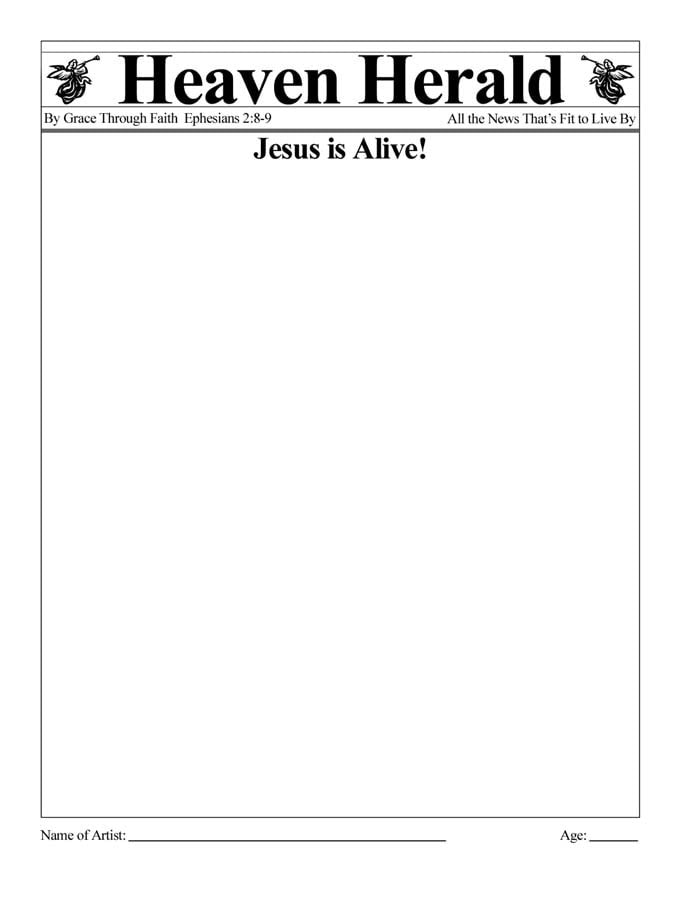 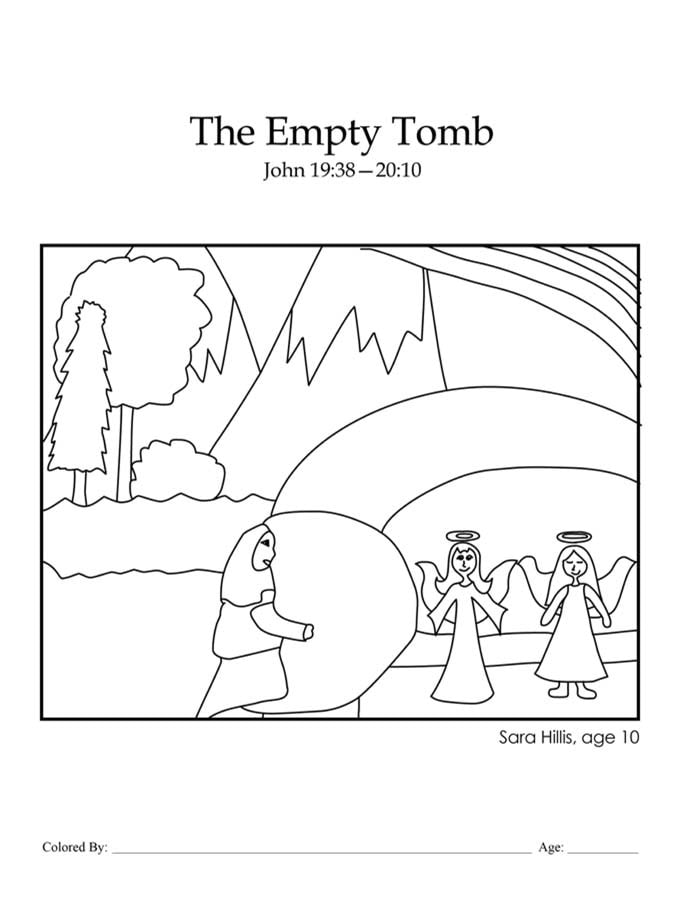