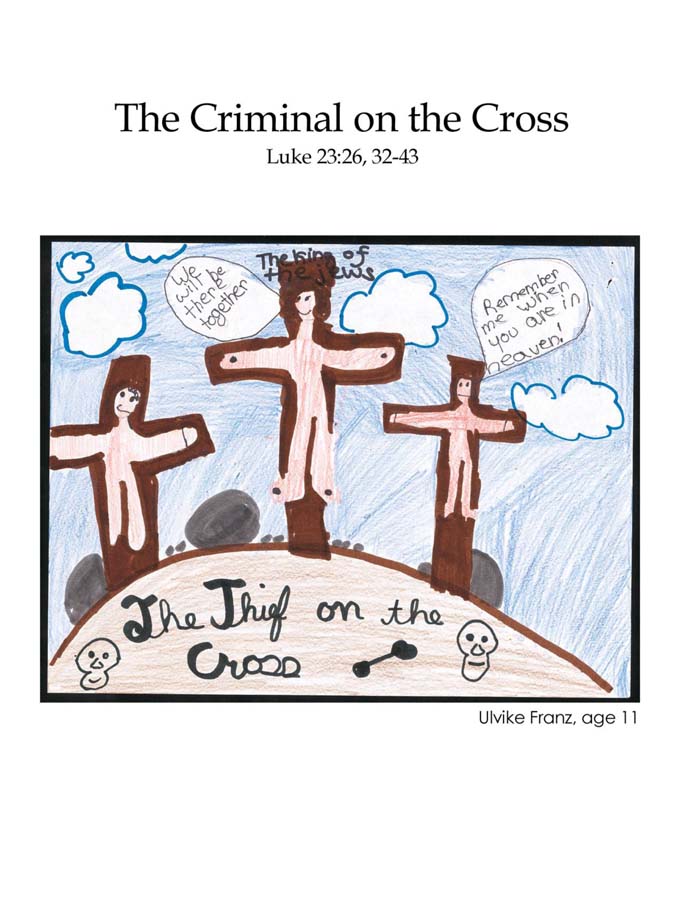 The Criminal on the Cross

26 The soldiers led Jesus away. At that same time there was a man from Cyrene named Simon coming into the city from the fields. The soldiers forced him to carry Jesus’ cross and walk behind him.

32 There were also two criminals led out with Jesus to be killed. 33 They were led to a place called “The Skull.” There the soldiers nailed Jesus to the cross. They also nailed the criminals to crosses beside Jesus—one on the right and the other on the left.

34 Jesus said, “Father, forgive them. They don’t know what they are doing.”l

The soldiers threw dice to divide Jesus’ clothes between them. 35 The people stood there watching everything. The Jewish leaders laughed at Jesus. They said, “If he is God’s Chosen One, the Christ,m then let him save himself. He saved others, didn’t he?”

36 Even the soldiers laughed at Jesus and made fun of him. They came and offered him some sour wine. 37 They said, “If you are the king of the Jews, save yourself!” 38 (At the top of the cross these words were written: “this is the king of the jews.”)

39 One of the criminals hanging there began to shout insults at Jesus: “Aren’t you the Christ? Then save yourself, and save us too!”

40 But the other criminal stopped him. He said, “You should fear God. All of us will die soon. 41 You and I are guilty. We deserve to die because we did wrong. But this man has done nothing wrong.” 42 Then he said, “Jesus, remember me when you begin ruling as king!”

43 Then Jesus said to him, “I promise you, today you will be with me in paradise.n”

l 23:34 Jesus said, “Father … doing” Some early copies of Luke do not have these words.

m 23:35 Christ Literally, “Anointed,” a title that comes from the Old Testament ceremony in which perfumed oil was poured or rubbed on someone being appointed to a high office, especially that of prophet, priest, or king, to show that this person was chosen by God for that role. The Hebrew word is “Messiah,” a title used for Old Testament kings and for the one God would send as prophet, priest, and king to bring people back to a good relationship with him.

n 23:43 paradise A wonderful place of blessing, where God’s people go when they die.

Why is Jesus forgiving?

“Jesus forgives because God is him, and God has no flaws. So he is perfect, and with that job comes forgiveness.” Taylor, 11

“I think Jesus is forgiving because God sent Jesus to die on the cross to save us from our sins.” Lauren, 10

Jesus is forgiving because he loves us. He loves everyone so much that he doesn’t want anyone to be separated from him. He wants love, joy and peace to fill our lives. When we feel guilty about things we have done, we do not live in joy.

We have all broken God’s laws. In that sense, we are all criminals. Jesus died on a cross between two criminals, but he is the only one who has kept all of God’s laws. On the cross, Jesus received the punishment for all the things we have done wrong.

While the criminal on the cross believed in Jesus, religious leaders and soldiers made fun of Jesus. They tried to get him to save himself from a painful death on the cross. Jesus stayed on the cross because he loved us. He even loved those who made fun of him, and he asked his Father to forgive them (Luke 23:34).

Think About This: Jesus wants everyone to receive his everlasting life, even those who are in jail.

Ask This Question: Do you believe Jesus loves all kinds of people, even those who are in jail?

Do you believe Jesus loves all kinds of people, even those who are in jail? 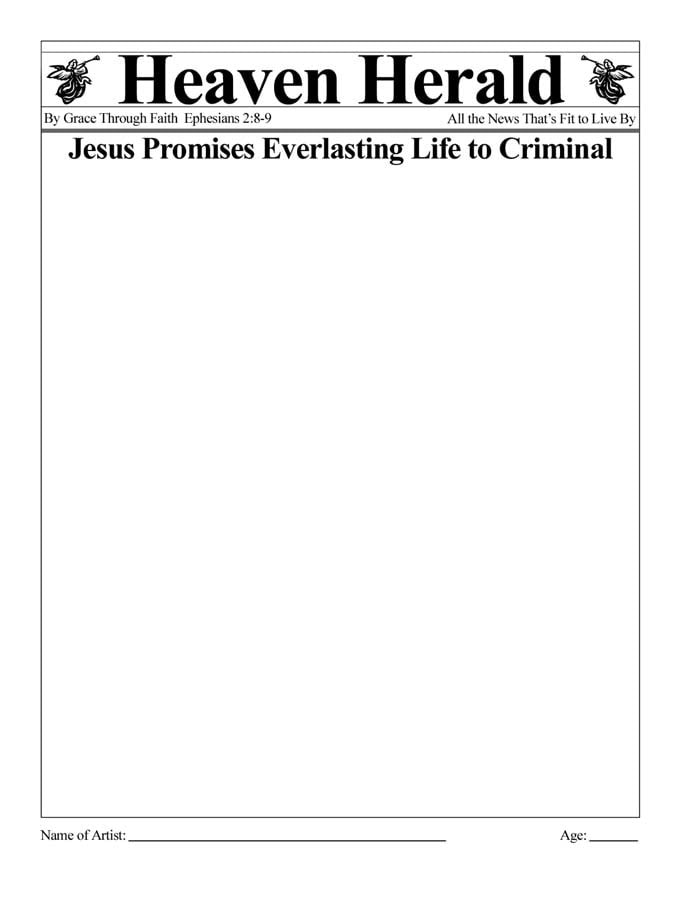 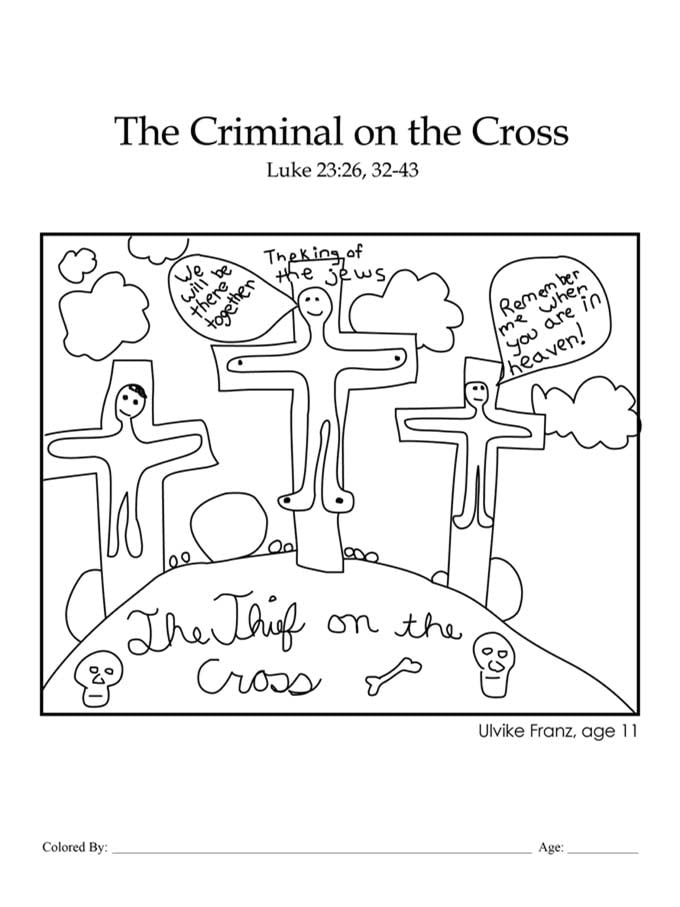