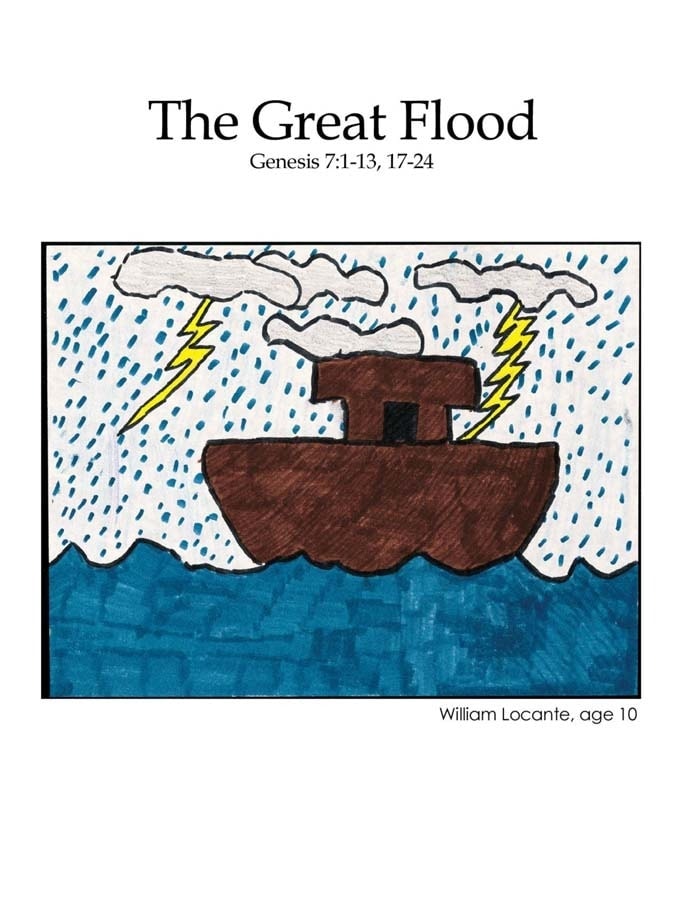 7 1 Then the Lord said to Noah, “I have seen that you are a good man, even among the evil people of this time. So gather your family, and all of you go into the boat. 2 Get seven pairs (seven males and seven females) of every kind of clean animal.a And get one pair (one male and one female) of every other animal on the earth. Lead all these animals into the boat with you. 3 Get seven pairs (seven males and seven females) of all the birds. This will allow all these animals to continue living on the earth after the other animals are destroyed. 4 Seven days from now, I will send much rain on the earth. It will rain for 40 days and 40 nights, and I will wipe everything off the face of the earth. I will destroy everything I made.” 5 Noah did everything the Lord told him to do.

11-13 On the 17th day of the second month, when Noah was 600 years old, the springs under the earth broke through the ground, and water flowed out everywhere. The sky also opened like windows and rain poured down. The rain fell on the earth for 40 days and 40 nights. That same day Noah went into the boat with his wife, his sons Shem, Ham, and Japheth, and their wives.

21-22 Every living thing on earth died—every man and woman, every bird, and every kind of animal. All the many kinds of animals and all the things that crawl on the ground died. Every living, breathing thing on dry land died. 23 In this way God wiped the earth clean—he destroyed every living thing on the earth—every human, every animal, everything that crawls, and every bird. All that was left was Noah and his family and the animals that were with him in the boat. 24 The water continued to cover the earth for 150 days.

a 7:2 clean animal Birds and animals that God said could be used for sacrifices. Also in verse 8.

What is the lesson of Noah and the ark?

“Even if people doubt you and say you’re crazy, just ignore them. Remember, you’re doing it for God.” Brittany, 11

“Don’t laugh at your neighbors cause they might be right.” Rebekah, 10

“Don’t fail to believe before it’s too late.” Richard, 13

Noah obeyed the Lord throughout his life. He lived at a time when the people were very “wicked” and “violence was everywhere.” Only Noah “pleased the Lord.” If Noah lived in our day, people would never stop telling jokes about him. Right up until the day Noah closed the door to the ark, people were probably telling the latest Noah jokes. Who but a crackpot would build a gigantic ship with no water around?

We learn from Noah to obey God even if people laugh at us. People who listen to God, don’t follow the crowd. They follow God.

When you ask your parents, “Why?” do they ever say, “Because I said so”? God is looking for people who will obey him even when they do not understand why God is doing something. All the people who asked “Why?” in Noah’s generation were standing on the outside of the ark when it began to rain.

Do you have to understand everything about how an airplane flies to enjoy traveling in one? Every time I fly in an airplane, I fly by faith. I trust the people who built the airplane and those who fly it. God is much more deserving of our faith than the people who build and fly airplanes. That’s why Noah could build an ark, get into it with all the animals and wait for seven days.

Think About This: God is looking for people who will obey him, even if it looks silly to other people.

Memorize This Truth: “Noah did everything the Lord commanded him” (Genesis 6:22). 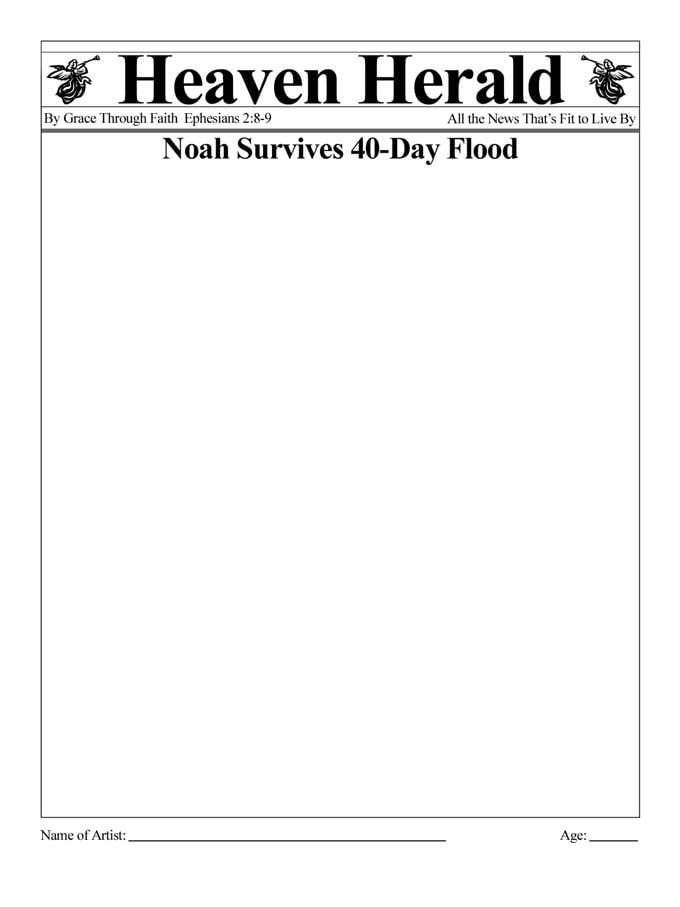 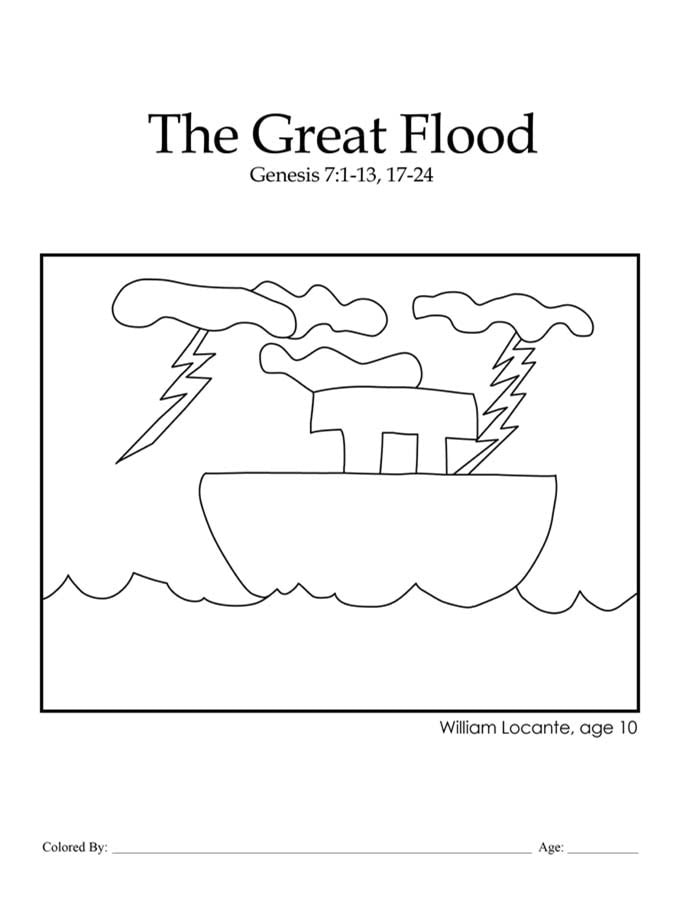