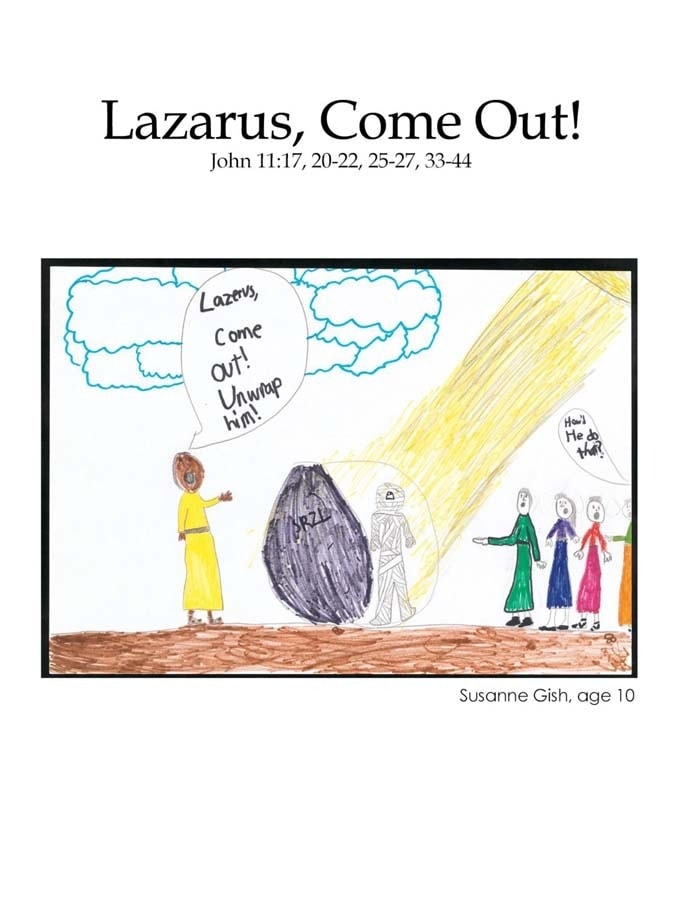 17Jesus arrived in Bethany and found that Lazarus had already been dead and in the tombc for four days.

20 When Martha heard that Jesus was coming, she went out to greet him. But Mary stayed home. 21 Martha said to Jesus, “Lord, if you had been here, my brother would not have died. 22 But I know that even now God will give you anything you ask.”

27 Martha answered, “Yes, Lord. I believe that you are the Christ, the Son of God. You are the one who was coming to the world.”

33 When Jesus saw Mary crying and the people with her crying too, he was very upset and deeply troubled. 34 He asked, “Where did you put him?”

36 And the Jews said, “Look! He loved Lazarus very much!”

37 But some of them said, “Jesus healed the eyes of the blind man. Why didn’t he help Lazarus and stop him from dying?”

38 Again feeling very upset, Jesus came to the tomb. It was a cave with a large stone covering the entrance. 39 He said, “Move the stone away.”

Martha said, “But, Lord, it has been four days since Lazarus died. There will be a bad smell.” Martha was the sister of the dead man.

40 Then Jesus said to her, “Remember what I told you? I said that if you believed, you would see God’s divine greatness.i”

41 So they moved the stone away from the entrance. Then Jesus looked up and said, “Father, I thank you that you heard me. 42 I know that you always hear me. But I said these things because of the people here around me. I want them to believe that you sent me.” 43After Jesus said this he called in a loud voice, “Lazarus, come out!” 44 The dead man came out. His hands and feet were wrapped with pieces of cloth. He had a handkerchief covering his face.

Jesus said to the people, “Take off the cloth and let him go.”

c 11:17 tomb A grave dug in a wall of rock or a building where a dead body is buried. It can also be a small building made to show respect for important people who had died.

i 11:40 divine greatness Literally, “glory,” a word that refers to the special qualities of God.

Why do people have to die?

“I really don’t know why some people die before others, but the important thing is not what age you are when you die; it’s whether Jesus lives in your heart. If He does, you will live with Him in heaven forever.” Rainey, 10

(NOTE: Rainey Lipscomb is now in heaven with her sister Lacey. The last picture in the New Testament portion of the Kids Talk About God Art Gallery is a memorial to Rainey Lipscomb’s life.)

“People die because God has called them and wants to see them.” Elizabeth, 12

“The reason people die is so we can go to heaven and watch over our loved ones.” Tiffany, 9

“Earth is just a place for us to get ready for heaven. Maybe some people are ready to go to heaven before others.” Ben, age unknown

Jesus’ friend died, but Jesus brought him back to life. What a wonderful thing to do! But eventually Lazarus died again. Death was not part of God’s original plan. Death came because Adam and Eve sinned and separated themselves from God. That’s what death really is—a separation from God.

Death is not the end for humans. The Bible says God is spirit (John 4:24). Because we are created in God’s image, we have a spirit. Our spirit leaves our bodies after we die. The Bible speaks of two kinds of death – first and second. In the first death, the spirit of a person is separated from the body. In the second death, the person is resurrected, judged by God and separated from him forever (John 5:28-29 & John 3:36).

Those who believe in the Lord Jesus as their savior will never die the second death. They will live with God in heaven forever. For them, the first death is not the end but the doorway into a place where there’s no death, sorrow or suffering. It’s a place where everyone will know Jesus and worship him. That’s heaven.

Have you ever picked a flower? The moment you picked the flower, it began to die. It’s no longer connected to the source of life. Those who reject Jesus Christ cut themselves off from the source of life. Why would anyone refuse to accept the gift of eternal life?

Jesus has power over death. He brought life back into the body of Lazarus. God the Father raised Jesus from the dead after he died on the cross for our sins. Jesus will raise everyone from the dead who has believed in him. The second death has no power over Christians because they will live with God forever.

Think About This: Christians don’t need to be afraid of death because Jesus won the victory. He defeated the power of death when he rose from the dead.

What do you think it will be like to live in a place where no one dies?

What will be the first three things you will do when you see Jesus? 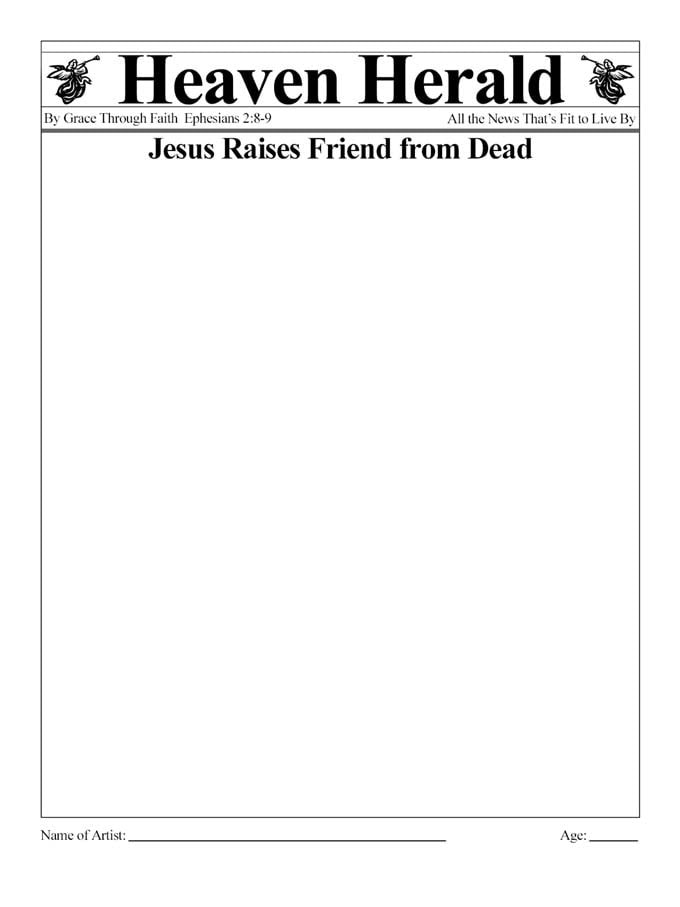 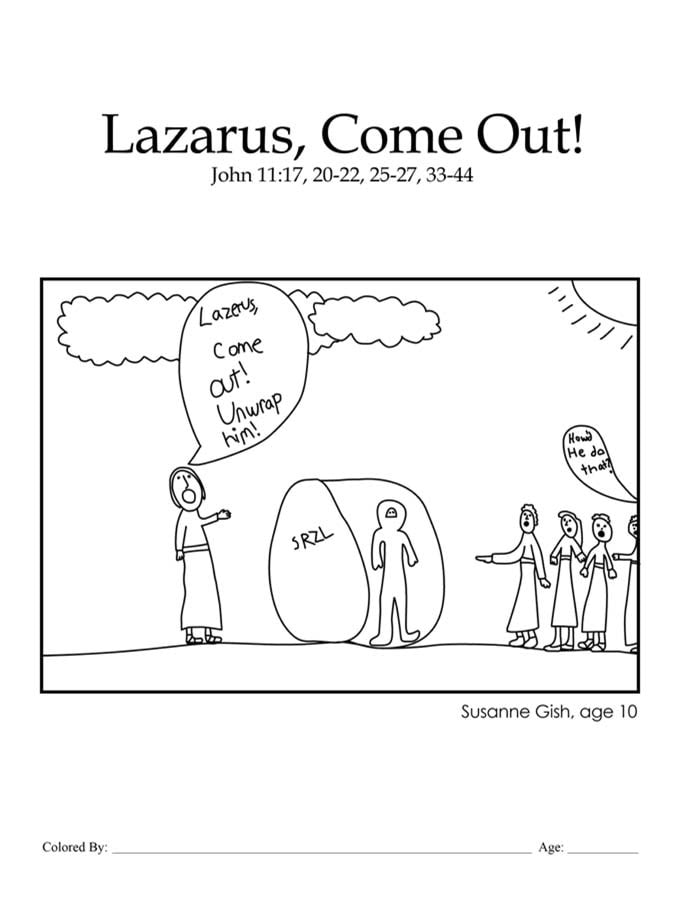