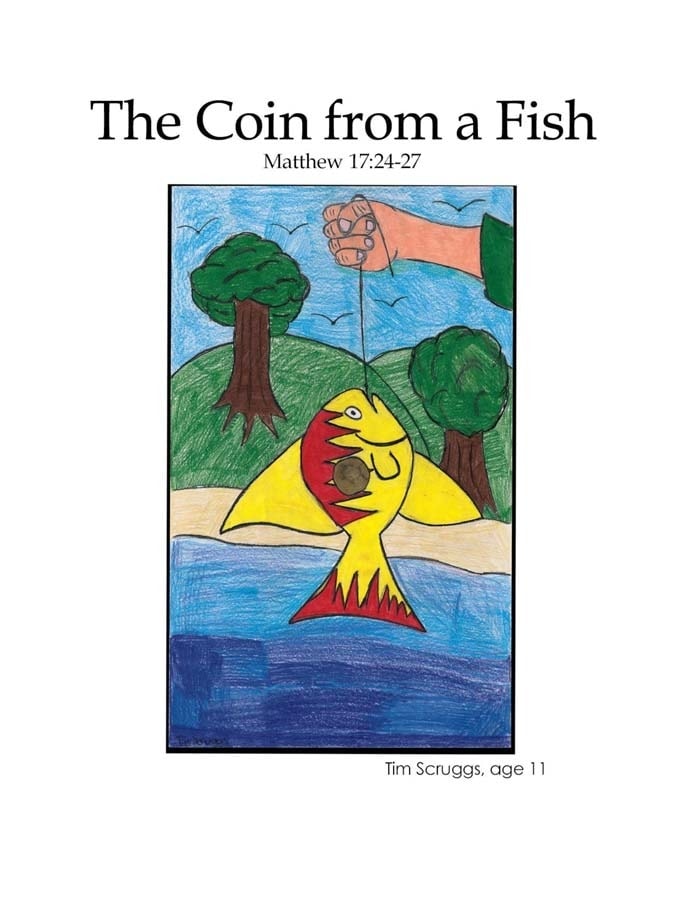 The Coin from a Fish

24 Jesus and his followers went to Capernaum.k There the men who collect the two-drachma Templel tax came to Peter and asked, “Does your teacher pay the Temple tax?”

Peter went into the house where Jesus was. Before Peter could speak, Jesus said to him, “The kings on the earth get different kinds of taxes from people. But who are those who pay the taxes? Are they the king’s children? Or do other people pay the taxes? What do you think?”

26 Peter answered, “The other people pay the taxes.”

Jesus said, “Then the children of the king don’t have to pay taxes.

27 But we don’t want to upset these tax collectors.m So do this: Go to the lake and fish. After you catch the first fish, open its mouth. Inside its mouth you will find a four-drachma coin. Take that coin and give it to the tax collectors. That will pay the tax for you and me.”

k 17: 24 Capernaum A town on the northern shore of Lake Galilee where Jesus often spent time and taught.

l 17:24 Temple The permanent building in Jerusalem that replaced the portable “Holy Tent” that was used by the Israelites from the time of their wandering in the desert to the reign of king Solomon, when the first Temple was built. Like the Holy Tent, the Temple was the center of Israelite worship, although provision was made for it to be “a house of prayer for all nations” (Isa. 56:7).

m 17:27 tax collector A Jew hired by the Romans to collect taxes. Tax collectors often cheated, and the other Jews hated them.

Why did Jesus tell Peter to go to the sea to find a coin in the mouth of a fish?

“I don’t know why Jesus told Peter to find the coin in the mouth of a fish. Maybe he likes fish.” Barrett, 12

“Because he wanted to pay his temple tax and Peter’s. Peter had to have faith, and so do we.” Kendall, 12

“Jesus didn’t want to hurt the feelings of the tax collectors.” Sam, 7

Before Peter became a disciple of Jesus, he fished for a living. Here his faith was tested because Jesus told him how to fish. Everybody knows that fish don’t swim around with coins in their mouths. In a kingdom, the king’s sons do not pay taxes. Jesus really didn’t have to pay a tax to a temple that belonged to his Father. But Jesus paid it anyway so the tax collectors and citizens would not think something bad about him.

Jesus paid the temple tax because he didn’t want to make people mad for such a small thing. He wanted everyone to know the reason he came to earth—to die on the cross for our sins. Jesus paid the tax so that even the hated tax collectors would have the opportunity to accept him as their savior.

Think About This: We are here to point people to Christ, not to demand our rights. Our real home is in heaven. We are visitors on planet Earth for a short time. Leave a heavenly memory of your earthly visit!

Memorize This Truth: “I am free. I belong to no other person, but I make myself a slave to everyone. I do this to help save as many people as I can” (1 Corinthians 9:19).

Can you think of three ways to give up your rights so that people will listen to you talk about the Lord Jesus? 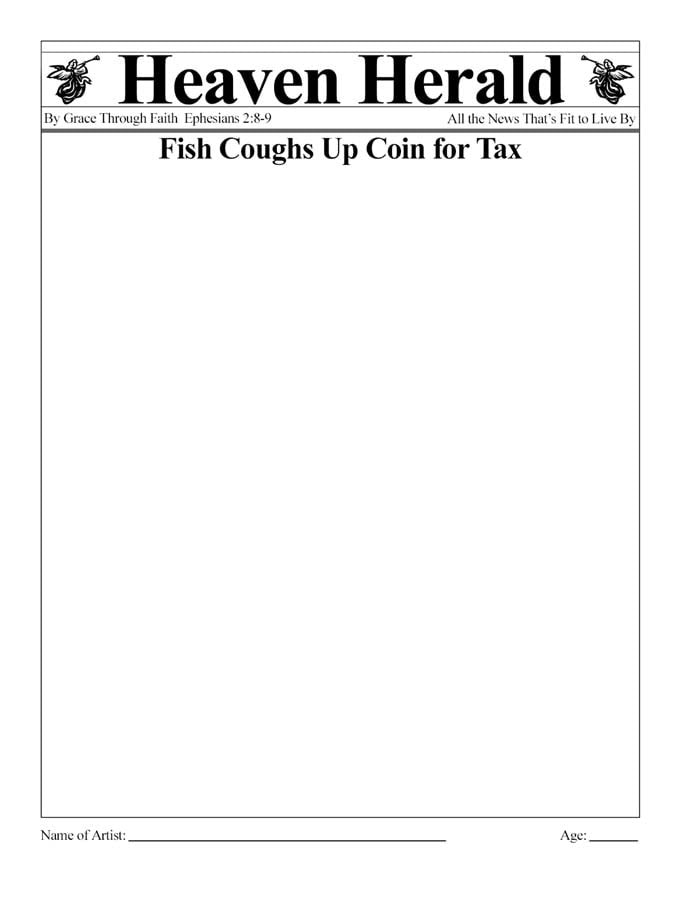 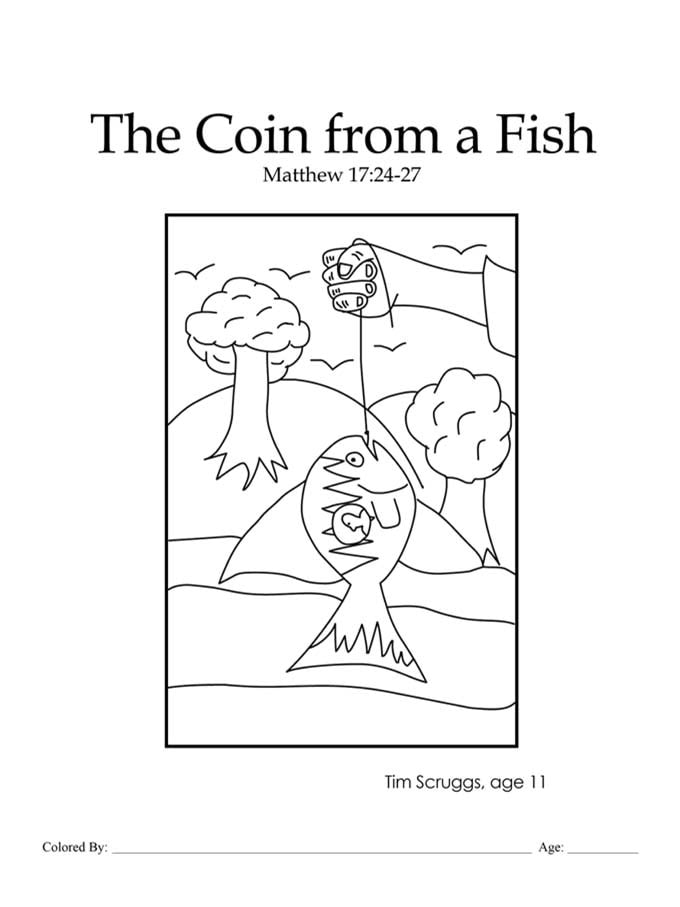