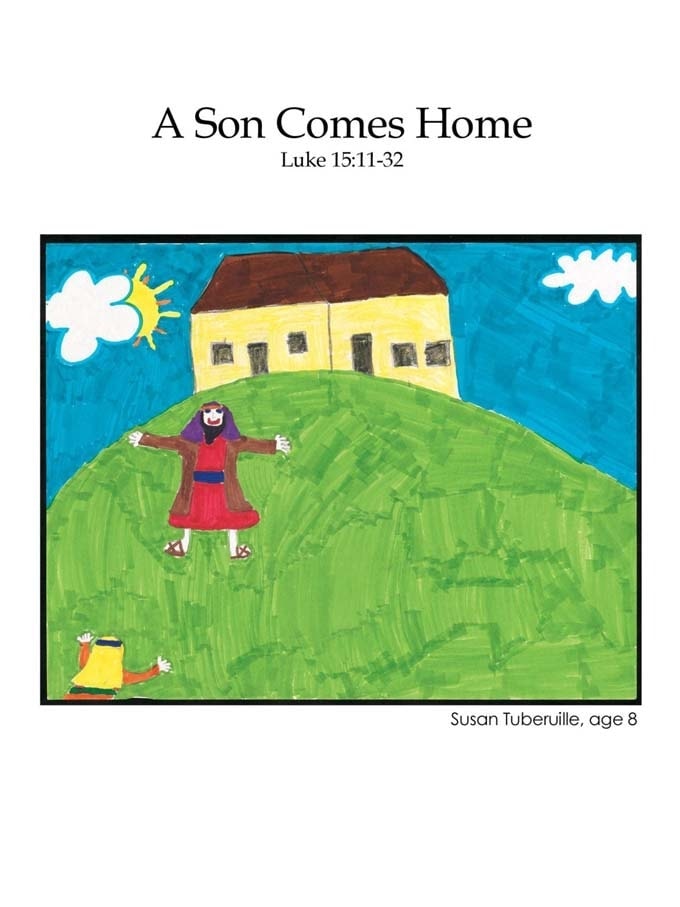 11 Then Jesus said, “There was a man who had two sons. 12 The younger son said to his father, ‘Give me now the part of your property that I am supposed to receive someday.’ So the father divided his wealth between his two sons.

13 “A few days later the younger son gathered up all that he had and left. He traveled far away to another country, and there he wasted his money living like a fool. 14 After he spent everything he had, there was a terrible famine throughout the country. He was hungry and needed money. 15 So he went and got a job with one of the people who lived there. The man sent him into the fields to feed pigs. 16 He was so hungry that he wanted to eat the food the pigs were eating. But no one gave him anything.

17 “The son realized that he had been very foolish. He thought, ‘All my father’s hired workers have plenty of food. But here I am, almost dead because I have nothing to eat. 18 I will leave and go to my father. I will say to him: Father, I have sinned against God and have done wrong to you. 19 I am no longer worthy to be called your son. But let me be like one of your hired workers.’ 20 So he left and went to his father.

“While the son was still a long way off, his father saw him coming and felt sorry for him. So he ran to him and hugged and kissed him. 21 The son said, ‘Father, I have sinned against God and have done wrong to you. I am no longer worthy to be called your son.’

22 “But the father said to his servants, ‘Hurry! Bring the best clothes and put them on him. Also, put a ring on his finger and good sandals on his feet. 23 And bring our best calf and kill it so that we can celebrate with plenty to eat. 24 My son was dead, but now he is alive again! He was lost, but now he is found!’ So they began to have a party.

25 “The older son had been out in the field. When he came near the house, he heard the sound of music and dancing. 26 So he called to one of the servant boys and asked, ‘What does all this mean?’ 27 The boy said, ‘Your brother has come back, and your father killed the best calf to eat. He is happy because he has his son back safe and sound.’

28 “The older son was angry and would not go in to the party. So his father went out and begged him to come in. 29 But he said to his father, ‘Look, for all these years I have worked like a slave for you. I have always done what you told me to do, and you never gave me even a young goat for a party with my friends. 30 But then this son of yours comes home after wasting your money on prostitutes, and you kill the best calf for him!’

31 “His father said to him, ‘Oh, my son, you are always with me, and everything I have is yours. 32 But this was a day to be happy and celebrate. Your brother was dead, but now he is alive. He was lost, but now he is found.’”

If you are a Christian and you sin, can you go to heaven?

“Yes, I will go to heaven with my grandfather.” Austin, 7

“Even if you are a Christian and you sin, you will still go to heaven. Once you are saved, you can never be unsaved. God holds you tight in his hand and no one can pry his hand open.” Rachel, 9

“If you are a Christian, you will go to heaven. God is in your heart, and he won’t leave.” Austin, (age unknown)

The story of the wayward son is a perfect story to answer this question. Sometimes Christians are like that younger son. They leave home and forget how good they had it living under their father’s care. They go out looking for a more exciting life, and they sin. But one day, they wake up and want the life they had when they lived in their father’s house.

The wayward son went back home hoping he could become one of his father’s servants. But his father did not treat him like a servant. This was his son!

The son cut himself off from the protection, care and blessing of his father. But he couldn’t stop his father from loving him, and he couldn’t undo his birth or stop being his father’s son.

The father had a big party to welcome his son home. And just like in the story, if a Christian comes back to God after sinning and wandering away, God will open his arms and welcome him home. This is good news!

The other story in this parable is the attitude of the older brother. The older brother was mad at his father because he had a big party for his younger brother. The Bible says, “When others are happy, you should be happy with them” (Romans 12:15). Life is not all about you. Be happy when someone comes back to God. Don’t be jealous when God blesses someone. Be happy, even if it is your brother or sister. Life is about God and the way he works in people’s lives.

The world in which we live promotes competition. Big companies spend millions of dollars to advertise products. How do they get people to buy? They want you to be jealous of kids who have a cool toy, or something else, so that you will beg your parents to buy it for you. They want adults to be jealous of those who have the newest cars, the biggest houses or the fastest computers. We must always remember that buying a product or succeeding in a career will never add anything to the value that God has already given us.

Think About This: If you are a sinning Christian, God is waiting to welcome you back home to the place where he can care for you. Like the wayward son, confess what a fool you have been and let God show you again how much he loves you. God has unlimited riches. Just because he blesses someone else, doesn’t mean he won’t bless you.

Memorize This Truth: “But if we confess our sins, God will forgive us. We can trust God to do this. He always does what is right. He will make us clean from all the wrong things we have done” (1 John 1:9).

If you are a sinning Christian, do you know that God is waiting to welcome you back to the place where his love will fulfill your needs? 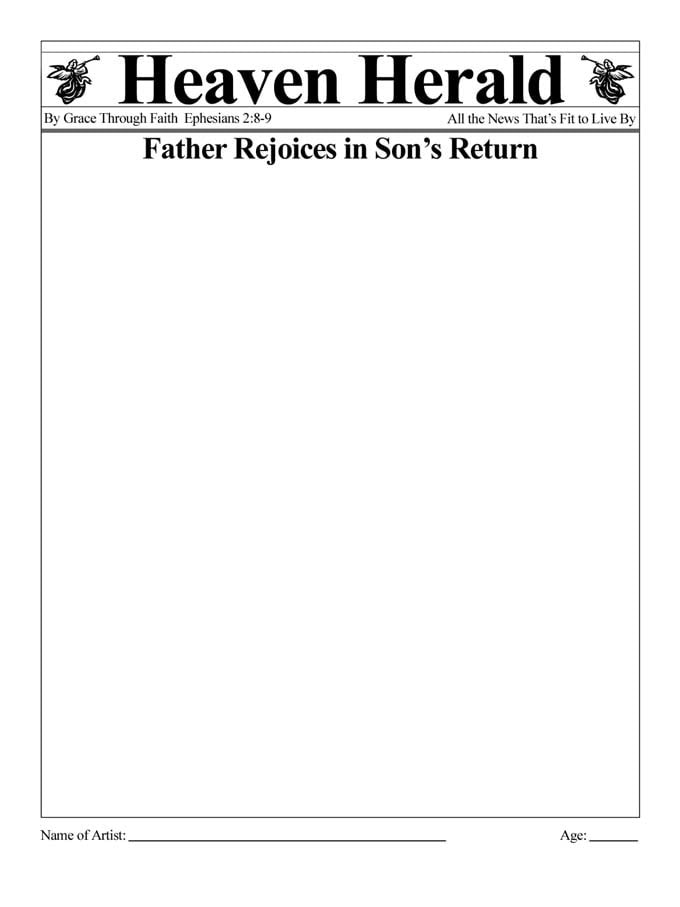 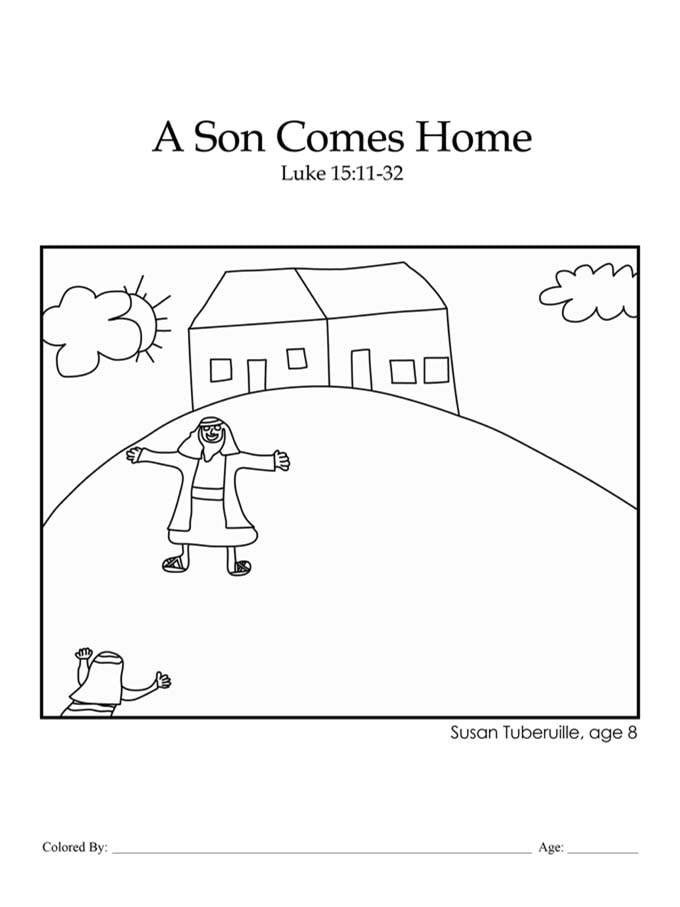