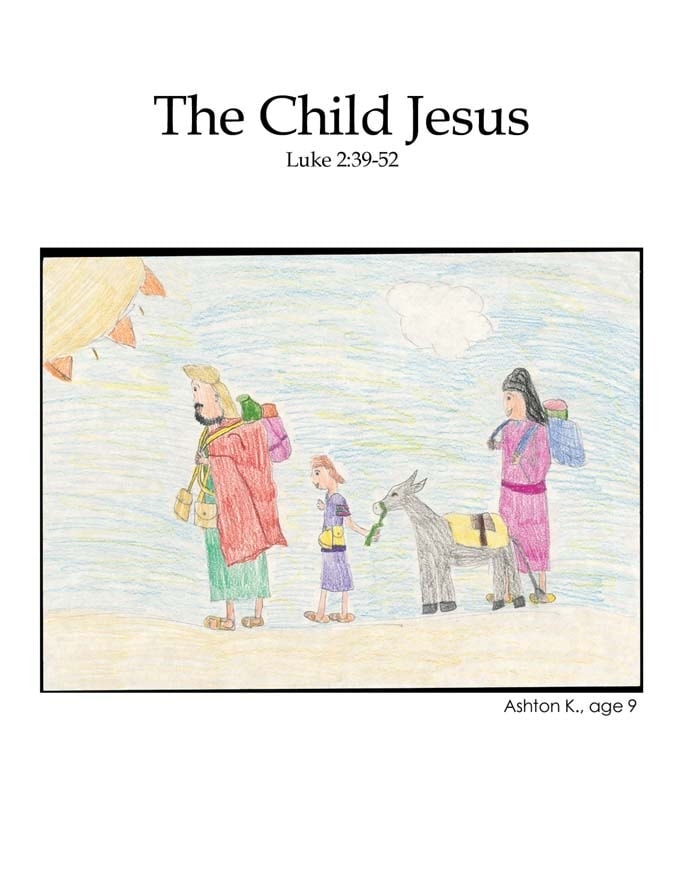 39 Joseph and Mary finished doing all the things that the law of the Lord commanded. Then they went home to Nazareth, their own town in Galilee.40 The little boy Jesus was developing into a mature young man, full of wisdom. God was blessing him.

Jesus as a Boy

41 Every year Jesus’ parents went to Jerusalem for the Passoverr festival.42 When Jesus was twelve years old, they went to the festival as usual. 43When the festival was over, they went home, but Jesus stayed in Jerusalem. His parents did not know about it. 44 They traveled for a whole day thinking that Jesus was with them in the group. They began looking for him among their family and close friends, 45 but they did not find him. So they went back to Jerusalem to look for him there.

46 After three days they found him. Jesus was sitting in the Temples area with the religious teachers, listening and asking them questions. 47Everyone who heard him was amazed at his understanding and wise answers. 48 When his parents saw him, they wondered how this was possible. And his mother said, “Son, why did you do this to us? Your father and I were very worried about you. We have been looking for you.”

49 Jesus said to them, “Why did you have to look for me? You should have known that I must be where my Father’s work is.t” 50 But they did not understand the meaning of what he said to them.

51 Jesus went with them to Nazareth and obeyed them. His mother was still thinking about all these things. 52 As Jesus grew taller, he continued to grow in wisdom. God was pleased with him and so were the people who knew him.

r 2:41 Passover A very important holy day for the people of Israel and their descendants. They ate a special meal on this day every year to remember that God made them free from slavery in Egypt in the time of Moses. The name may come from the word in Ex. 12:13, 23, 27 that means “to pass over” or “to protect.”

s 2:46 Temple The permanent building in Jerusalem that replaced the portable “Holy Tent” that was used by the Israelites from the time of their wandering in the desert to the reign of king Solomon, when the first Temple was built. Like the Holy Tent, the Temple was the center of Israelite worship, although provision was made for it to be “a house of prayer for all nations” (Isa. 56:7).

Why does the Bible say, “Honor your father and mother”?

“I honor my parents by giving them hugs and kisses. I also honor them by buying them TCBY treats.” Angela, 10

“I obey my mother and father by getting up in the mornings as sweet as pie.” Kaitlin, 7

“I honor my parents by obeying. Like when they say to get them some water, I do it. I treat them like a king and queen.” Christine, 10

“I love my mother and father. They are the best. I try to obey them. I know they love me, and I love them.” Gardner, 11

Jesus is the greatest example of a son honoring his parents. He honored and obeyed his human mother and father and his heavenly Father all at the same time. Although he gave his parents a scare when he stayed at the temple, he always obeyed and honored them.

Jesus was an unusual boy in that he had earned the respect and trust of his parents. He was so respectful and obedient that his parents traveled all day without checking to see if he was with the group. They were very surprised to discover Jesus was not with them. At 12 years old, Jesus amazed the religious leaders in the temple. His parents were amazed when they found him there.

Jesus spoke the truth when he told his parents they should have known he would be where his Father was working. The Bible says Jesus’ parents did not understand his answer, but it also says his mother continued to think about all that had happened.

Even though he was only 12 years old, Jesus ministered to his parents and religious leaders. God can work through you at any age to minister to people of all ages. Some adults might not think kids can see what God is doing, but that should not stop you from allowing the Lord to live through you. God wants to show you what he is doing. He can use you to show his work to your friends and even adults.

Jesus is the perfect example of a son who always obeyed his Father. In the book of Hebrews, we read that Jesus “still suffered, and through his sufferings he learned to obey” (Hebrews 5:8). The Apostle Paul wrote that Jesus was “fully obedient to God, even when that caused his death—death on a cross” (Philippians 2:8). If you honor and respect God, you will want to please him, too.

Think About This: God is always at work and wants to show you what he is doing.

Memorize This Truth: “Jesus said to them, ‘Why did you have to look for me? You should have known that I must be where my Father’s work is’” (Luke 2:49).

Do you know what God is doing? Do you want to be a part of it? Are you willing to speak God’s truth to those who might not understand? 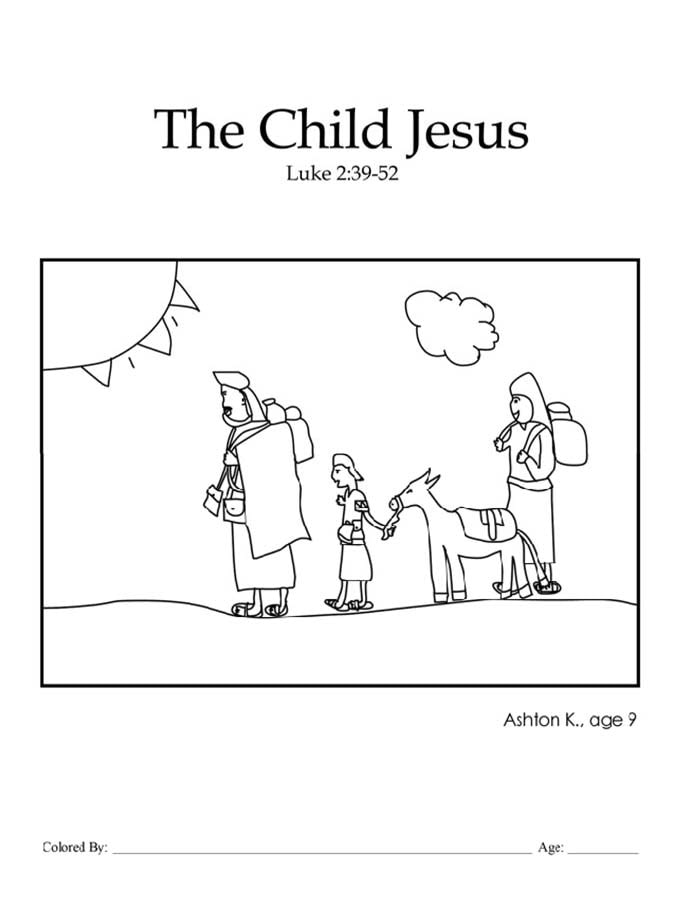