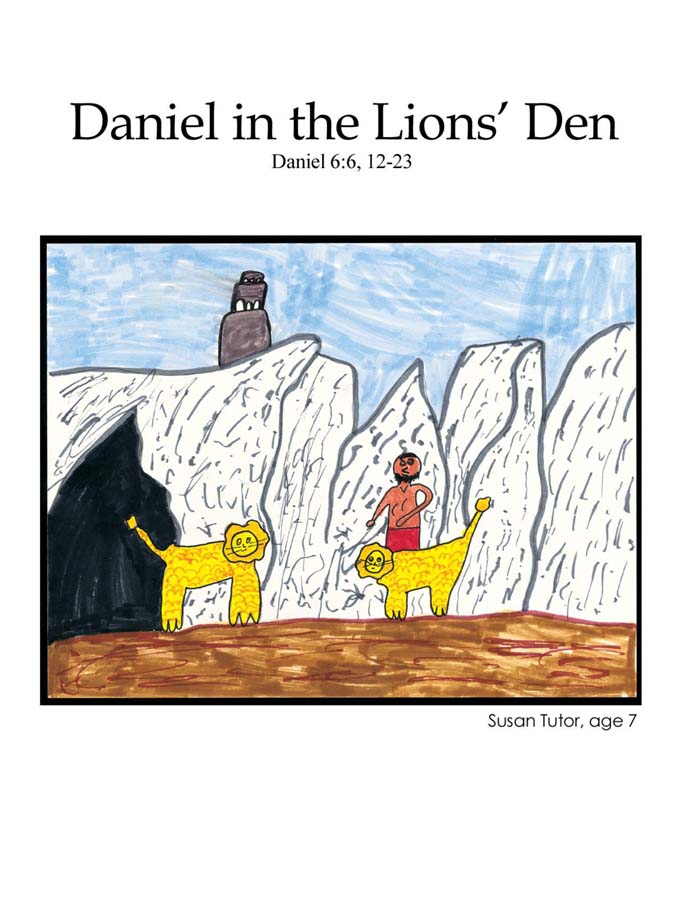 Daniel in the Lions’ Den

6 So the two supervisors and the satraps went as a group to the king. They said, “King Darius, live forever!”

12 So they went to the king and talked to him about the law he had made. They said, “King Darius, you signed a law that says, for the next 30 days anyone who prays to any god or man except you, the king, would be thrown into the lions’ den. You did sign that law, didn’t you?” The king answered, “Yes, I signed that law, and the laws of the Medes and Persians cannot be canceled or changed.”

14The king became very sad and upset when he heard this. He decided to save Daniel. He worked until sunset trying to think of a way to save him. 15Then the men went as a group to the king and said to him, “Remember, king, that the law of the Medes and Persians says that no law or command signed by the king can ever be canceled or changed.”

16 So King Darius gave the order. They brought Daniel and threw him into the lions’ den. The king said to Daniel, “May the God you serve save you!” 17 A big rock was brought and put over the opening of the lions’ den. Then the king used his ring and put his seald on the rock. He also used the rings of his officials and put their seals on the rock. This showed that no one could move that rock and bring Daniel out of the lion’s den. 18 Then King Darius went back to his house. He did not eat that night. He did not want anyone to come and entertain him. He could not sleep all night.

19 The next morning, King Darius got up just as it was getting light and ran to the lions’ den. 20 He was very worried. When he got to the lions’ den, he called to Daniel. He said, “Daniel, servant of the living God, has your God been able to save you from the lions? You always serve your God.”

21 Daniel answered, “King, live forever! 22 My God sent his angel to save me. The angel closed the lions’ mouths. The lions have not hurt me because my God knows I am innocent. I never did anything wrong to you, king.”

23 King Darius was very happy. He told his servants to lift Daniel out of the lions’ den. And when Daniel was lifted out of the den, they did not find any injury on his body. The lions did not hurt Daniel because he trusted in his God.

c 6:13 captives People taken away like prisoners. Here, this means the Jewish people who were taken to Babylon.

d 6:17 seal A small stone or ring with a picture carved in it that was pressed into wet clay or hot wax to hold down the loose end of a scroll. It left a special mark, also called a seal, that was like a signature to keep anyone from opening the scroll except the right person.

What is the lesson of Daniel in the lions’ den?

“I think it teaches me that God is going to fix all of my problems, even the ones that I think will ‘eat me up!’ Still, I know that, like Daniel, I must remain faithful to the Lord.” Hillary, 10

“Always pray to God, even if you will be punished.” Andrew, 8

“To pray always and to forgive people.” Tayor, 6

There are many lessons to learn from this story. A lesson about praying is usually what most people think about. Daniel kept praying to God even when the king passed a law against praying to anyone but him. When you pray, trust the Lord with the results. God may surprise you in the way he answers your prayers. Think how surprised Daniel’s enemies were when the lions didn’t eat him for dinner.

Forgiving others is another big lesson from this story. Daniel could have become bitter and angry because he was thrown to the lions. Remember what Daniel said when the king asked, “has your God been able to save you from the lions?”

Daniel could have said, “You threw me in the lion’s den. What do you care what happens to me? I hope a chariot runs over your crown!” But instead Daniel answered, “King, live forever!” He knew God wanted him to respect those who were in authority. Daniel followed the Lord and forgave the king for what he had done.

The king’s folly and stress came from listening to people who said he was the greatest. You don’t have to be a king to make this mistake. Those who have high opinions of themselves always look foolish in the end. A group of jealous people wanted to get rid of Daniel. If the king had been humble instead of proud, he would have laughed at the idea of forcing everyone to pray to him.

The king found himself trapped between two value systems. He wanted to help his best advisor, Daniel, but he couldn’t. There was another law that prevented him from changing the silly law he passed. God delivered Daniel from the king’s folly and the trap set by those who were jealous of him.

Many people want to be great in the eyes of other people. Those who achieve this kind of greatness discover that others are jealous and envious. Advertisers spend billions of dollars to make you jealous of those who have things that you don’t have.

Think About This: True greatness is being a child of God and serving others in the name of the Lord Jesus Christ.

Memorize This Truth: “Whoever wants to be your leader must be your servant” (Matthew 20:26b).

Do you value greatness in God’s kingdom, or greatness in the eyes of people? What are three ways in which greatness in God’s kingdom is different than greatness in the eyes of people? Here’s an example: Are there kids at your school who are different? Perhaps, your friends tease them and make fun of them. If you are proud, you will make fun of them like everyone else. If you are humble, you will be kind to them. Who knows, God may use you to lead them into a relationship with God. Are they created in the image of God like you? Didn’t the Lord Jesus die for their sins just as he died for yours? Does God love them? Yes! Yes! Yes! 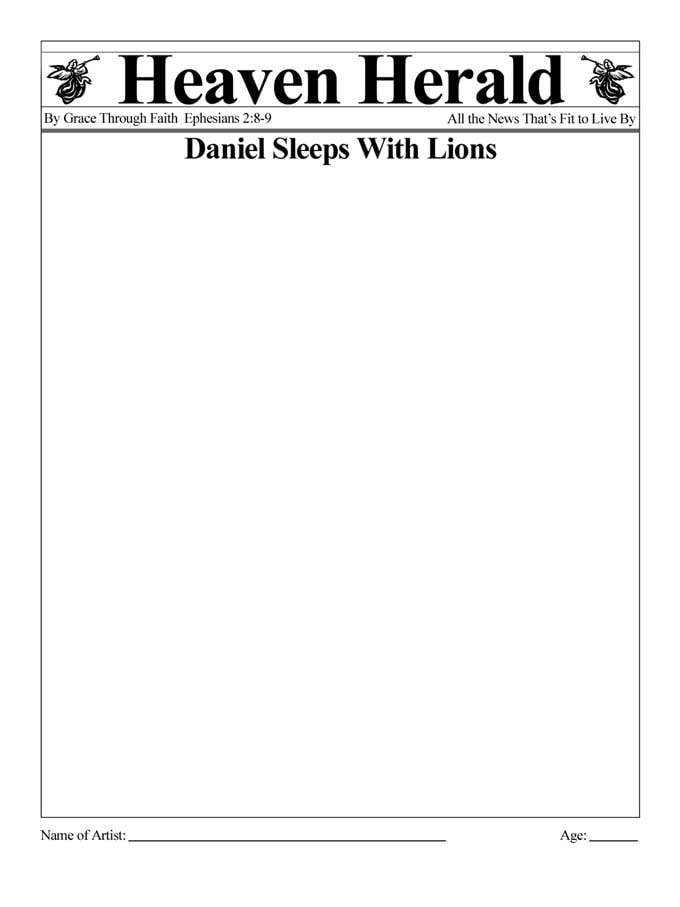 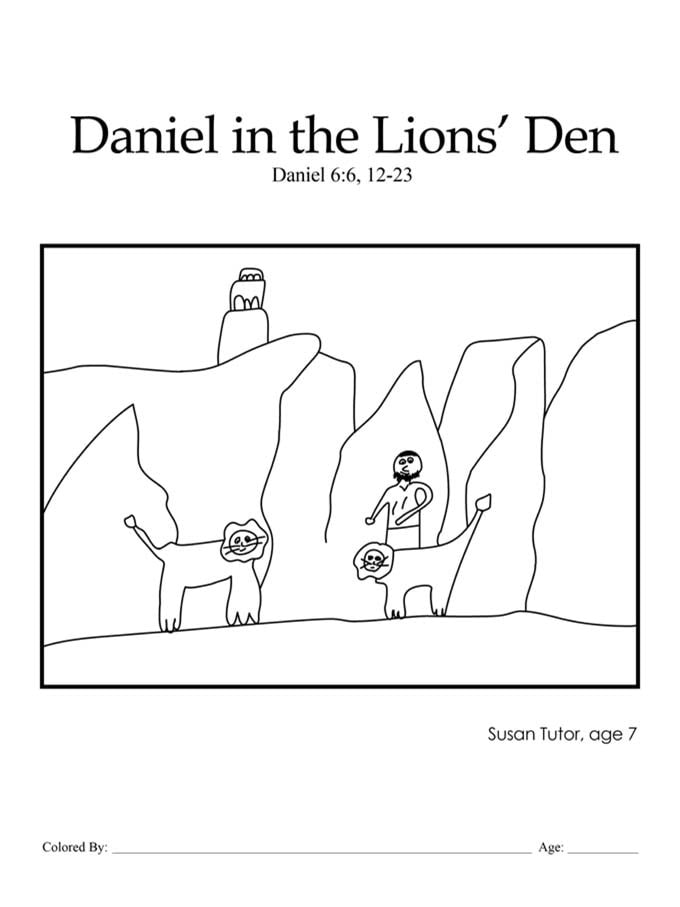