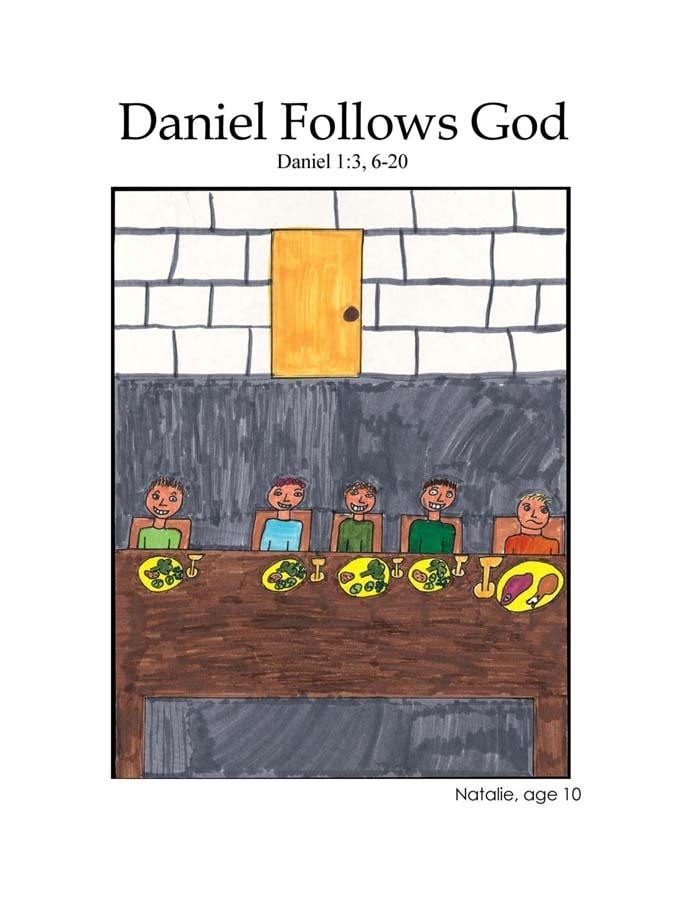 3 Then King Nebuchadnezzar ordered Ashpenaz, the man in charge of his officials, to bring some of the boys into the palace to train them. He was to include boys from among the Israelites, from important Judean families, and from the royal family of Judah.

6 Among those young men were Daniel, Hananiah, Mishael, and Azariah from the tribe of Judah. 7 Ashpenaz gave them Babylonian names. Daniel’s new name was Belteshazzar, Hananiah’s was Shadrach, Mishael’s was Meshach, and Azariah’s was Abednego.

8 Daniel did not want to eat the king’s rich food and wine because it would make him unclean.f So he asked Ashpenaz for permission not to make himself unclean in this way.

9 God caused Ashpenaz, the man in charge of the officials, to be kind and loyal to Daniel. 10 But Ashpenaz told Daniel, “I am afraid of my master, the king. He ordered me to give you this food and drink. If you don’t eat this food, you will begin to look weak and sick. You will look worse than other young men your age. The king will see this, and he will become angry with me. He might cut off my head. And it would be your fault.”

11Then Daniel talked to the guard who had been put in charge of Daniel, Hananiah, Mishael, and Azariah by Ashpenaz. 12 He said, “Please give us this test for ten days: Don’t give us anything but vegetables to eat and water to drink. 13 Then after ten days, compare us with the other young men who eat the king’s food. See for yourself who looks healthier, and then decide how you want to treat us, your servants.”

14 So the guardian agreed to test Daniel, Hananiah, Mishael, and Azariah for ten days. 15 After ten days, Daniel and his friends looked healthier than all the young men who ate the king’s food. 16 So the guardian continued to take away the king’s special food and wine and to give only vegetables to Daniel, Hananiah, Mishael, and Azariah.

17 God gave these four young men the wisdom and ability to learn many different kinds of writing and science. Daniel could also understand all kinds of visionsg and dreams

18 At the end of the three years of training, Ashpenaz brought all the young men to King Nebuchadnezzar. 19 The king talked to them and found that none of the young men were as good as Daniel, Hananiah, Mishael, and Azariah. So these four young men became the king’s servants. 20Every time the king asked them about something important, they showed great wisdom and understanding. The king found they were ten times better than all the magicians and wise men in his kingdom.

f 1:8 unclean Or “unacceptable.” Not pure or not fit to be eaten or used in worshiping God. See Lev. 11-15 for the Old Testament rules about clean and unclean things.

g 1:17 vision Something like a dream used by God to speak to people.

How do I know for sure I’m doing what God wants me to do?

“You’ll sometimes get sick in your gut when you know you did something wrong.” Connie, 12

“If you have Jesus in your heart, the Holy Spirit will tell you what God’s will is.” Shelby, 10

Brad has an excellent idea about reading the Bible to know God’s will. The Bible is the known or revealed Word of God. By focusing on what God has shown us in his Word, the unknown often becomes known. For example, if you’re tempted to steal a candy bar from a store, there’s no need to ask God whether you should do that. He’s already told us his will: “You must not steal anything” (Exodus 20:15).

God used the Babylonians to punish the Israelite people for disobeying him. King Nebuchadnezzar’s soldiers captured Daniel and his friends and took them to Babylon. That was a foreign city and kingdom with strange rules and different food. But they decided to follow the rules God had given the Israelites many years before, including his rules about not eating certain kinds of foods. Daniel knew God would want him to follow those rules wherever he was.

God gave Daniel favor with the guard who had control of the food. Also, Daniel and his three friends received wisdom from God and the ability to learn. Only God can give wisdom, which is the ability to know what to do. Instead of refusing to eat the king’s food, Daniel suggested that he and his friends eat vegetables for 10 days. Because they looked healthier than the other captives after the 10 days, the guard allowed them to continue eating vegetables. That’s a wise way to persuade someone who has control over you!

The Bible says that the fear of God or respect for him is the starting place for knowledge (Proverbs 1:7). If God knows everything, it makes sense to start all learning with respect for him. Compared to God, our little brains are like peas compared to giant mountains.

Many people think that the more they know, the wiser they will become. But if they don’t respect God, they will become proud of the little they know. Wisdom is understanding what to do with the knowledge you have. The Bible says if you lack wisdom, ask God. He will give it to you (James 1:5). He’ll show you what to do. You have to be humble to ask God for wisdom.

Think About This: It’s not always easy to obey God, but he will reward you for choosing him and doing things his way.

Memorize This Truth: “Do any of you need wisdom? Ask God for it. He is generous and enjoys giving to everyone. So he will give you wisdom” (James 1:5).

Can you think of a time when you wished you would have asked God for wisdom?

If you had asked God for wisdom, what would you have done differently?

Write down some times when you acted wisely and did the right thing. 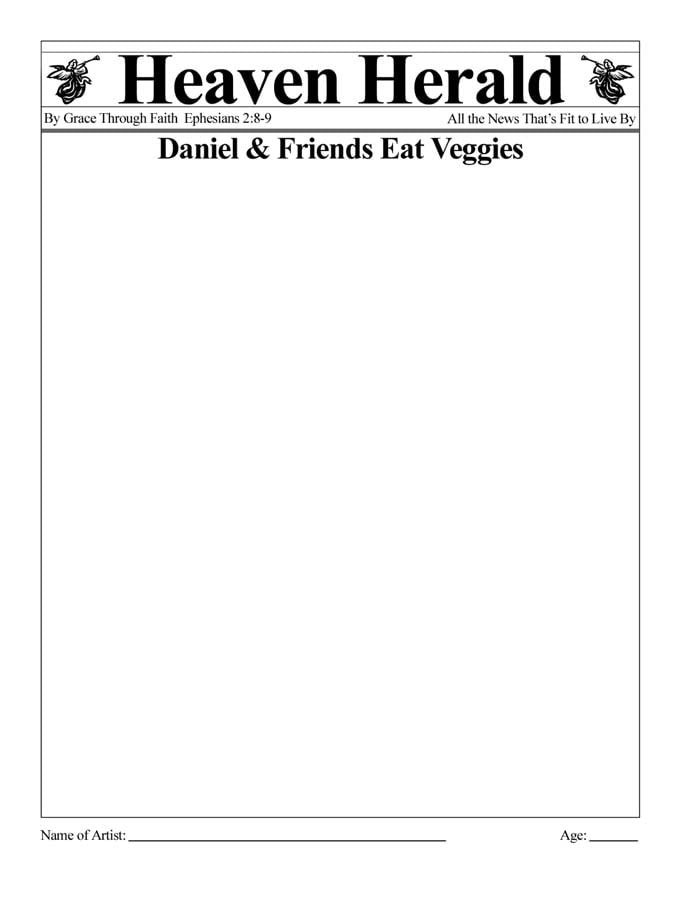 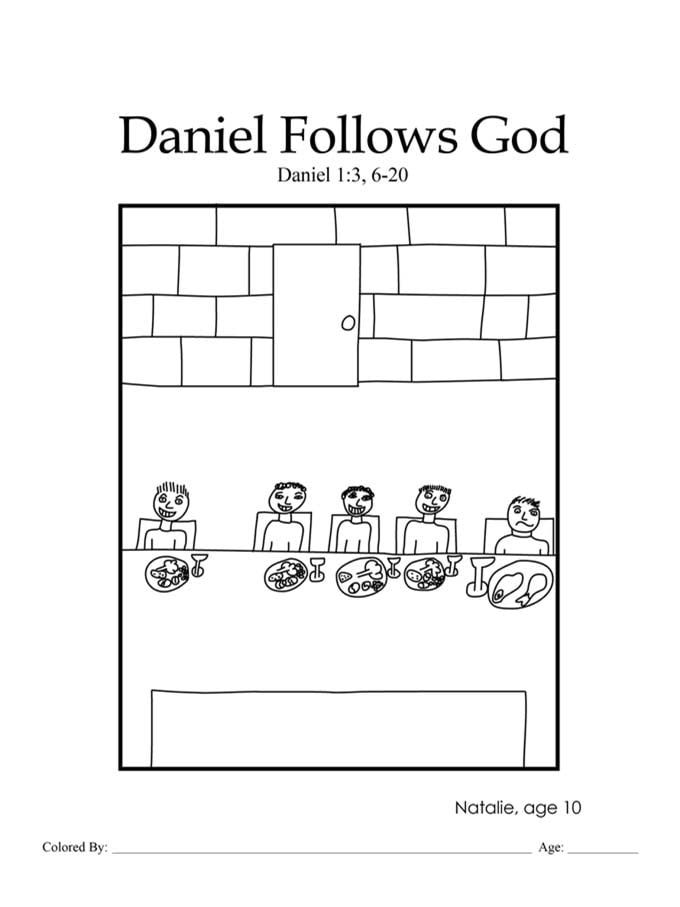