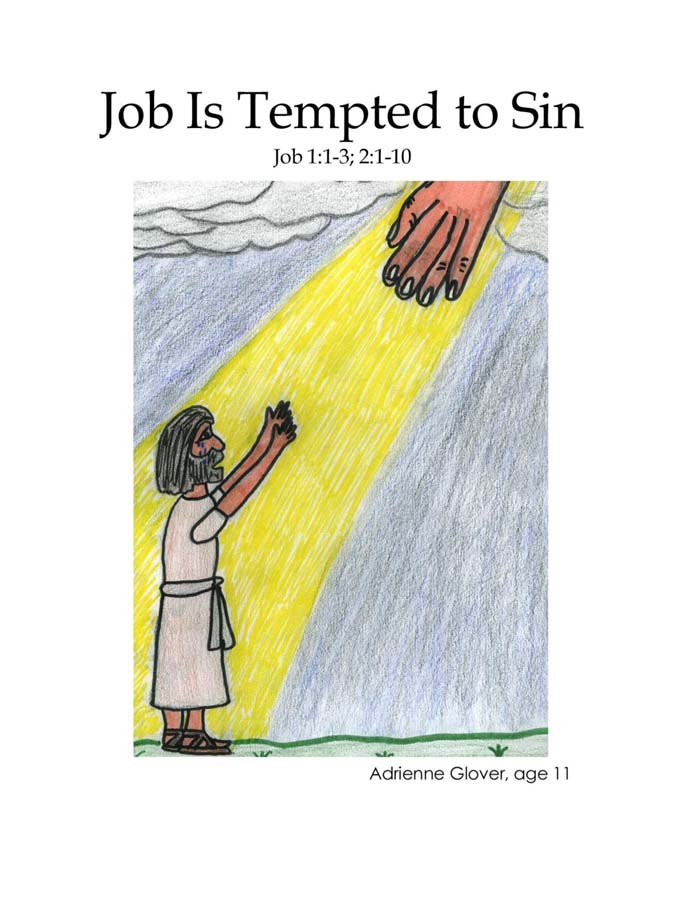 Job is Tempted to Sin

1 There was a man named Job who lived in the country of Uz. He was a good, honest man. He respected God and refused to do evil. 2 Job had seven sons and three daughters. 3 He owned 7000 sheep, 3000 camels, 1000 oxen, and 500 female donkeys. He had many servants. He was the richest man in the east.

2 1 Then another day came for the angelsa to meet with the Lord. Satanbwas also there with them. 2The Lord said to Satan, “Where have you been?”

Satan answered the Lord, “I have been roaming around the earth, going from place to place.”

3 Then the Lord said to Satan, “Have you noticed my servant Job? There is no one on earth like him. He is a good, faithful man. He respects God and refuses to do evil. He is still faithful, even though you asked me to let you destroy, without reason, everything he has.”

4 Satan answered, “Skin for skin!c A man will give everything he has to protect himself. 5 I swear, if you attack his flesh and bones, he will cursedyou to your face!”

6 So the Lord said to Satan, “All right, Job is in your hands, but you are not allowed to kill him.”

7 So Satan left the meeting with the Lord and gave Job painful sores all over his body, from the bottom of his feet to the top of his head. 8Job sat on the pile of ashes where he was mourninge and used a piece of broken pottery to scrape his sores. 9 His wife said to him, “Are you still holding on to your faith? Why don’t you just curse God and die!”

10 Job answered his wife, “You sound like one of those fools on the street corner! How can we accept all the good things that God gives us, and then not accept the problems?” So even after all of that, Job did not sin. He did not accuse God of doing anything wrong.

c 2:4 Skin for skin This means a person will do anything to avoid pain.

d 2:5 curse To ask for bad things to happen to a person or thing. As a noun it is a request for or warning about bad things to come.

e 2:8 mourning To express sorrow for someone who has died or for something lost. In ancient Israel people often put on special clothes, cried very loudly, and put ashes on their head to show their sadness. Professional “mourners” were sometimes paid to do this at a funeral.

Why does God let us sin?


“God let us sin because he didn’t want a world of perfect people.” Nick, 9

“God gives choices, not necessarily to sin, but to make choices for him. But as humans, we make wrong choices (sin). God didn’t want us to all be the exact same people programmed to do things. That is why we have choices. We make them to sin.” Taylor, 11

“God wants us to do good for him with love, not because he made us do it.” Austin, 10

This story about Job shows us that sometimes things happen on earth because of decisions in heaven. Did you know that God’s angels and Satan’s angels are at war? History books tell us about big wars such as World War I and World War II. The Bible is the only book that tells about the Angel Wars. Satan was once a good angel, but he and other angels sinned. For thousands of years, the bad angels have been fighting against good angels and God’s people.

The interesting part about our story is that God asked Satan if he had noticed Job. God said there was no one like Job in the entire world! He was innocent, honest, stayed away from evil and honored God.

When bad things happen, God gives us a choice: to trust him or to doubt his goodness. For Job this was a really BIG test. God even allowed Satan to destroy Job’s children, servants and property. Instead of questioning or blaming God, Job said, “The Lord gives, and the Lord takes away. Praise the name of the Lord!” (Job 1:21).

Next, God allowed Satan to make Job very sick. Painful sores came all over Job’s body. UGH! Job didn’t understand why all this was happening, but he continued to believe God was with him. It wasn’t easy because his wife told him to “curse God and die.” But Job hung in there.

And you know what? The story turned out great. God rewarded Job by giving him everything back and making him even richer than ever before. “Trust the Lord completely, and don’t depend on your own knowledge. With every step you take, think about what the Lord wants, and he will help you go the right way” (Proverbs 3:5-6).

Think About This: We may not understand why bad things happen, but we know that God is good all the time.

Memorize This Truth: “The Lord gives, and the Lord takes away. Praise the name of the Lord!” (Job 1:21).

Can God use you as an example of someone who honors him by being honest, innocent and staying away from evil?

Can you think of some small things God might allow you to suffer to prepare you for a big test? 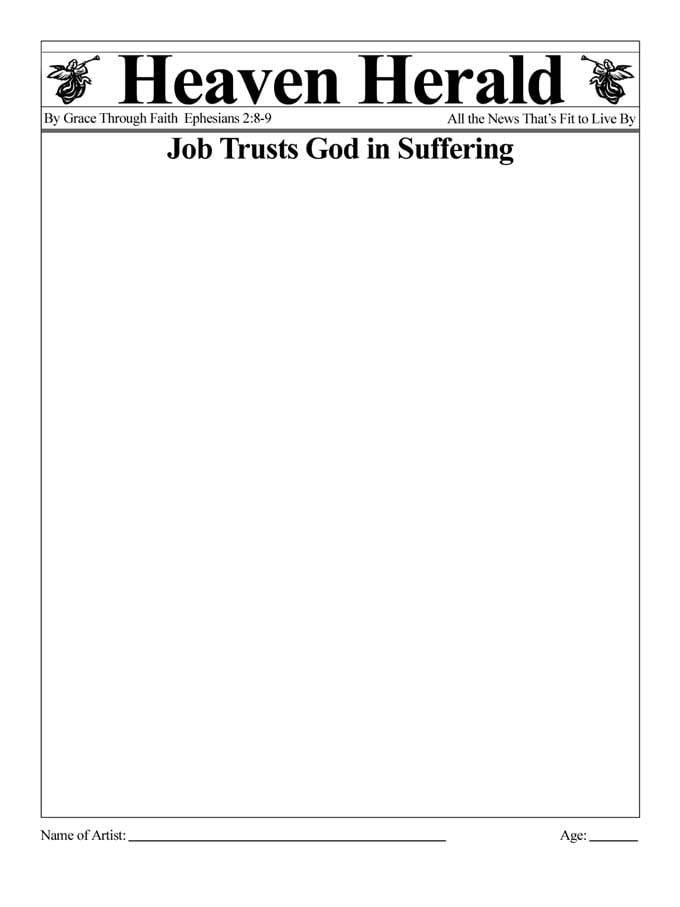 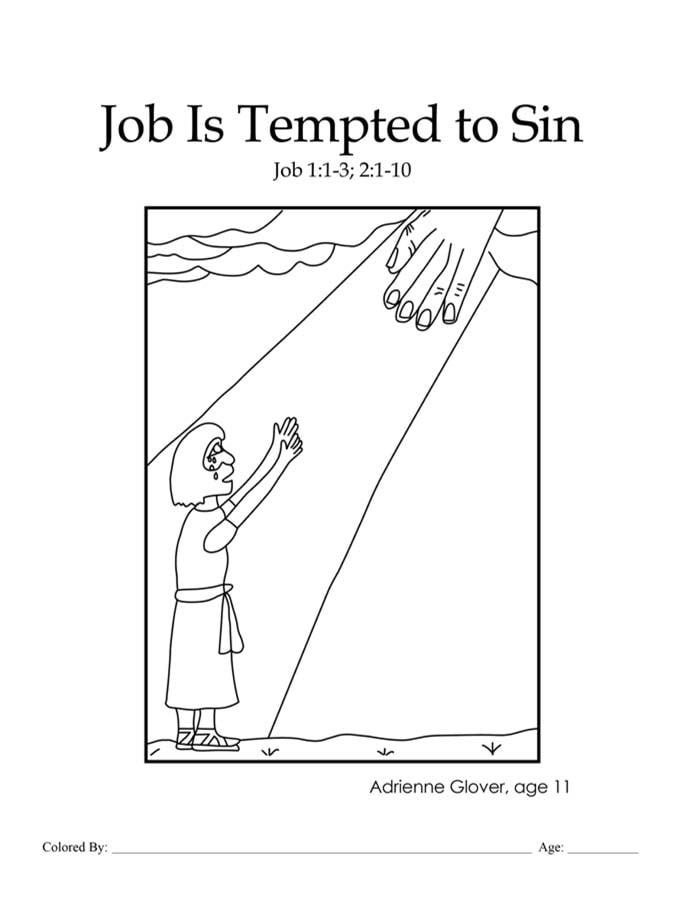