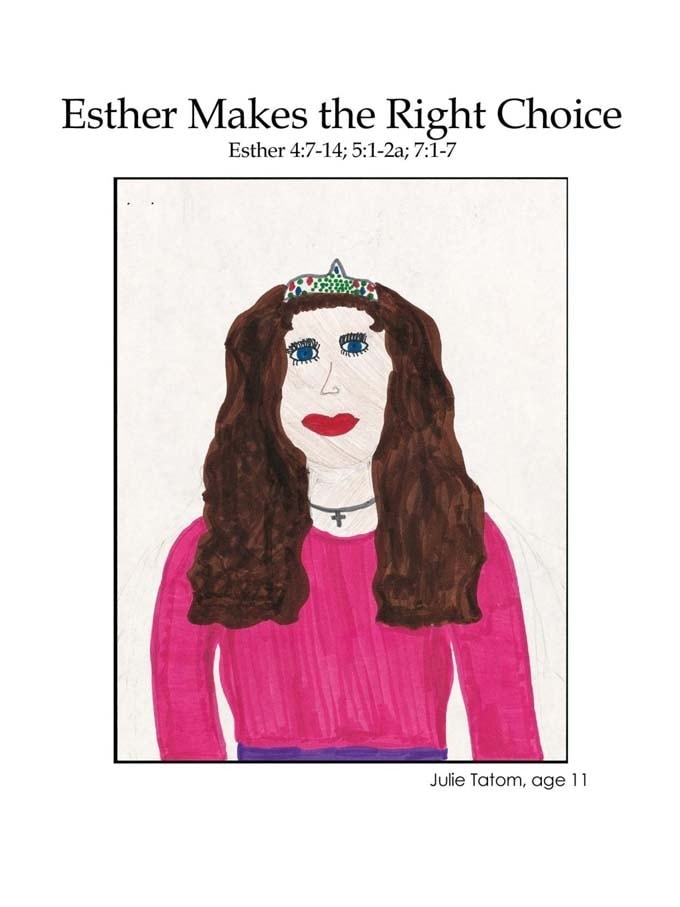 7 Then Mordecai told Hathach everything that had happened to him. Mordecai told him about the exact amount of money Haman had promised to put into the king’s treasury for killing Jews. 8 Mordecai also gave Hathach a copy of the king’s command to kill the Jews. The command had been sent out all over the city of Susa. He wanted Hathach to show it to Esther and tell her everything. And he told him to encourage Esther to go to the king and beg him for mercy for Mordecai and her people.

9 Hathach went back and told Esther everything Mordecai had said.

10 Then Esther told Hathach to say this to Mordecai: 11 “Mordecai, all the king’s leaders and all the people of the king’s provinces know this: The king has one law for any man or woman who goes to the king without being called. That person must be put to death unless the king holds out his gold scepterd to them. If the king does this, that person’s life will be saved. And I have not been called to go see the king for 30 days.”

12-13 Then Esther’s message was given to Mordecai. When he got her message, Mordecai sent his answer back: “Esther, don’t think that just because you live in the king’s palace you will be the only Jew to escape. 14If you keep quiet now, help and freedom for the Jews will come from another place. But you and your father’s family will all die. And who knows, maybe you have been chosen to be the queen for such a time as this.”

5 1 On the third day, Esther put on her special robes. Then she stood in the inside area of the king’s palace, in front of the king’s hall. The king was sitting on his throne in the hall, facing the place where people enter the throne room. 2 When the king saw Queen Esther standing in the court, he was very pleased. He held out to her the gold sceptera that was in his hand.

7 1 So the king and Haman went to eat with Queen Esther. 2 Then as they were drinking wine on the second day of the party, the king again asked Esther a question, “Queen Esther, what is it you want to ask for? Ask anything and it will be given to you. What do you want? I will give you anything, even half my kingdom.”

3 Then Queen Esther answered, “King, if you like me and it pleases you, please let me live. And I ask you to let my people live too. This is what I ask for. 4 I ask this because my people and I have been sold to be ruined, killed, and completely destroyed. If we had just been sold as slaves, I would have kept quiet, because that would not be enough of a problem to bother the king.”

5 Then King Xerxes asked Queen Esther, “Who did this to you? Where is the man who dared to do such a thing to your people?”

6 Esther said, “The man against us, our enemy, is this wicked Haman.”

Then Haman was filled with terror before the king and queen. 7The king was very angry. He got up, left his wine, and went out into the garden. But Haman stayed inside to beg Queen Esther to save his life. He begged for his life because he knew that the king had already decided to kill him.

d 4:11, a 5:2 scepter A special stick carried by kings to show their authority.

How do I know for sure that I’m doing what God wants me to do?

“When I start to do something wrong, I feel like I have a stomachache.” Scott, 10

“You can really tell right from wrong because there is this little thing inside you that bothers you a whole bunch when you tell a lie or something like that.” Dave, 10

The Bible is a gold mine for learning the ways of God so you can be certain to do good. Esther had a very difficult choice to make–the hardest in her whole life.

Was she doing the right thing? Is this why God put her in the king’s palace? After all, Esther could die if the king refused to see her. The king had a strange rule. All who came to see him without being asked would be killed unless the king decided he wanted to see them. Esther was scared. When fear takes over your life, you don’t think clearly. Esther needed some help from her uncle Mordecai to set aside her fear and to trust God.

Most people think of sin as doing bad things. Did you know that you sin when you fail to do something good? The Apostle James wrote, “If you fail to do what you know is right, you are sinning” (James 4:17). Esther would have sinned if she had not asked the king to save her people, the Jews. Mordecai reminded her that she would not escape death if she didn’t try to save them from Haman’s plan to kill them.

If God gives you a position of power, don’t think it’s only for you. God expects us to use whatever he gives us to help people and to further his kingdom. God had a plan for the Jews that included the birth of Jesus. If Esther had remained silent, Mordecai said God would use someone else to save the Jews. He knew that God would not allow this to happen.

Mordecai reminded Esther that she was in the king’s palace for a reason. He said, “And who knows, maybe you have been chosen to be the queen for such a time as this?” We need to think of God’s purpose for everything. If you fail to see God’s purpose, you will live a small, selfish life. Mordecai’s clear thinking helped Esther put aside her fears. She risked her life to see the king without being asked. She knew she had to try and save the Jews.

The other lesson to learn from this story is that hate makes people do strange things. Haman hated Mordecai because he wouldn’t kneel to him (Esther 3:1-10). When Haman learned that Mordecai was a Jew, he decided to kill all Jews. At the banquet Queen Esther prepared for the king and Haman, she revealed that she was a Jew. When the king became angry, he ordered his soldiers to hang Haman. He was hung in the very place he had planned to kill Mordecai the Jew (Esther 7:8-10).

Esther obeyed God and trusted him with the results. We must do the same. Don’t worry what people might say or do. If you live to please people, you will always live in fear. Love God and trust him. Then follow the peace he gives you.

Think About This: God is always at work. He wants you to be a part of what he is doing.

Memorize This Truth: “Don’t worry about anything, but pray and ask God for everything you need, always giving thanks for what you have. And because you belong to Christ Jesus, God’s peace will stand guard over all your thoughts and feelings. His peace can do this far better than our human minds” (Philippians 4:6-7).

What are some of the ways you can see God at work in your life? In your home? In your school? In your city? In your nation?

What changes do you need to make to be a part of what God is doing? 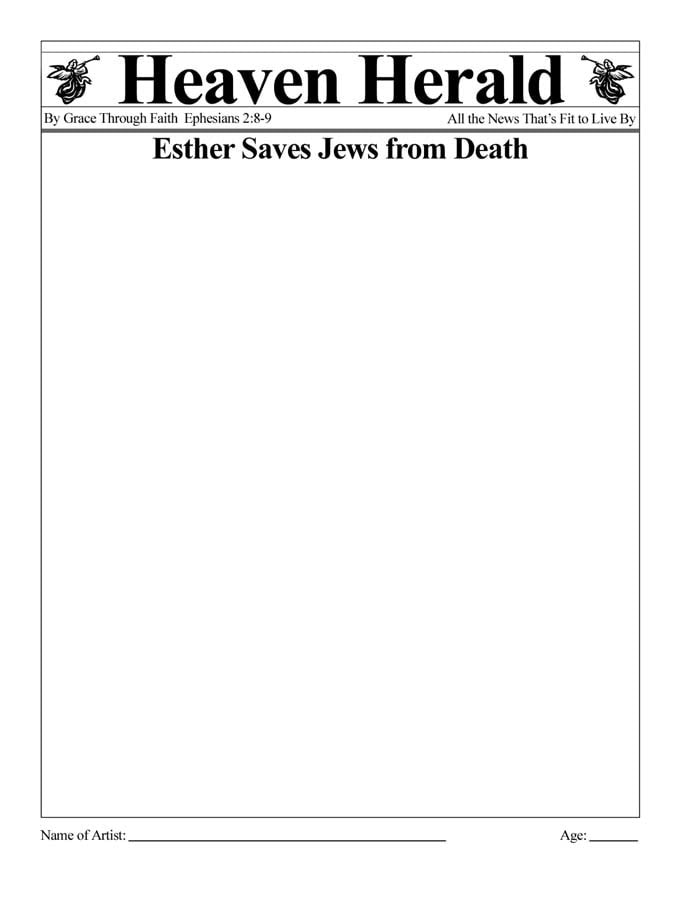 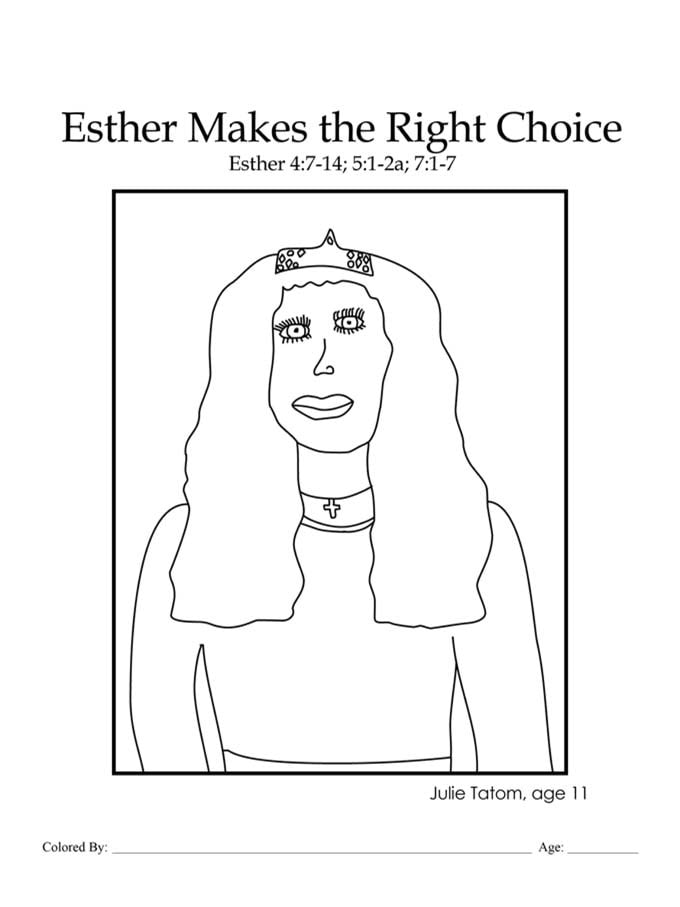