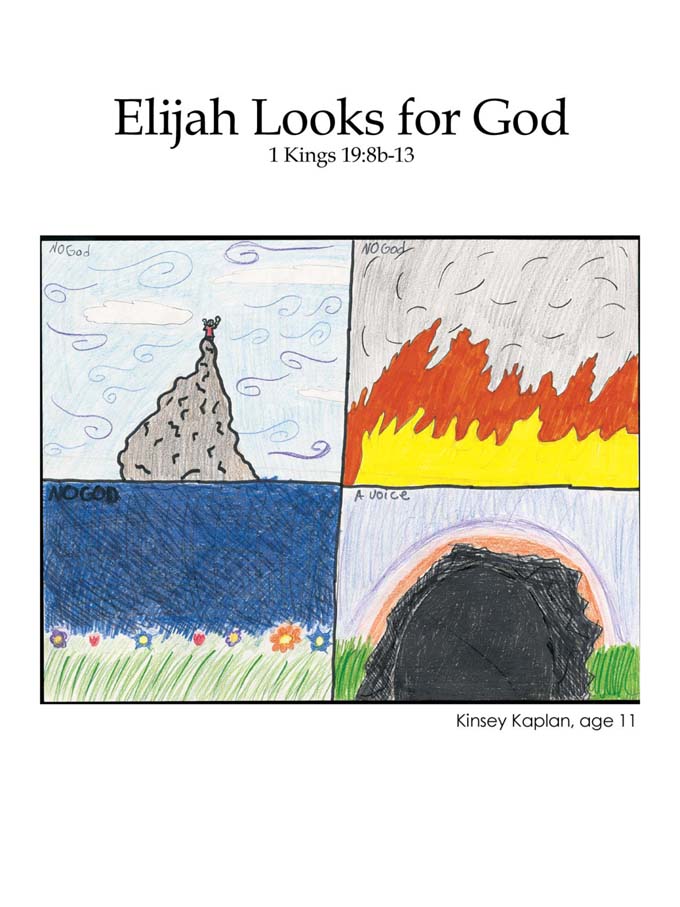 Then Elijah walked for 40 days and nights to Mount Horeb, the mountain of God. 9 There Elijah went into a cave and spent the night.

Then the Lord said to him, “Elijah, why are you here?”

10 Elijah answered, “Lord God All-Powerful, I have always served you the best I can, but the Israelites have broken their agreement with you. They destroyed your altarsc and killed your prophets. I am the only prophet left alive, and now they are trying to kill me!”

13 When Elijah heard the voice, he used his coat to cover his face and went to the entrance to the cave and stood there. Then a voice said to him, “Elijah, why are you here?”

c 19:10 altar A raised area, pile of stones, or table where sacrifices were offered as gifts to God. An important altar was the one in front of the Temple in Jerusalem. See also “golden altar.”

How would you explain God to someone who doesn’t know he exists?

God is hard to explain. Sometimes we think of God as big and powerful. We think of God’s strength when we see the force of the wind, the fire of a volcano, or the power of an earthquake. But Elijah discovered that God wasn’t in the wind, the fire or the earthquake. God was in a quiet, gentle voice. God doesn’t always speak or show himself in a powerful way. He sometimes comes to us in a small and gentle way. We need to be quiet and still enough to listen for him.

When Jesus was baptized by John, “the sky opened, and he [John the Baptist] saw God’s Spirit coming down on him [Jesus] like a dove” (Matthew 3:16). The Holy Spirit is pictured as a dove, one of the gentlest birds.

We live in a noisy world. If your thoughts and mind are filled with noise and silly things, it will be hard to hear the gentle voice of the Holy Spirit. God’s Spirit lives in all Christians. Only those who take time to listen will truly hear his voice.

The Bible says God’s ways are different because his thoughts are higher than ours. What do you do if you know someone is real smart? You listen.

Think About This: God speaks to those who quiet themselves to listen.

In the very beginning of the Bible, we learn about one of the things that God does—he creates. God created the earth, the sky and EVERYTHING in the world from nothing! That’s pretty amazing. But he’s an amazing God. And you know what’s even more amazing? This amazing and powerful God loves us more than anything else in his entire creation. In fact, he loves us so much that he sent his only son Jesus to earth to die for our sins.
We can live forever with God in heaven when we’re finished living on earth. Yes, God does a lot of things as Hannah, Caleb, Kyle and Trent pointed out. But the greatest thing he does is love us.
Some people say God’s creation happened by chance, but how could that be? Did your bicycle come together by itself? No way! That’s silly. Someone thought about your bicycle and put it together. Someone had to think a lot about beautiful flowers, singing birds and everything else in creation.
God is very smart. He thought about everything in creation. Look at how everything in creation works together. God thought about air, water, sunlight, plants, animals and people. Then, he spoke with great power, and everything appeared.
Think About This: God created the sun, the moon, the stars and the earth, but you are part of his most important creation.
Memorize This Truth: “God created the sky and the earth” (Genesis 1:1).

Will you be quiet long enough to hear God speak? What are some ways God speaks to you? 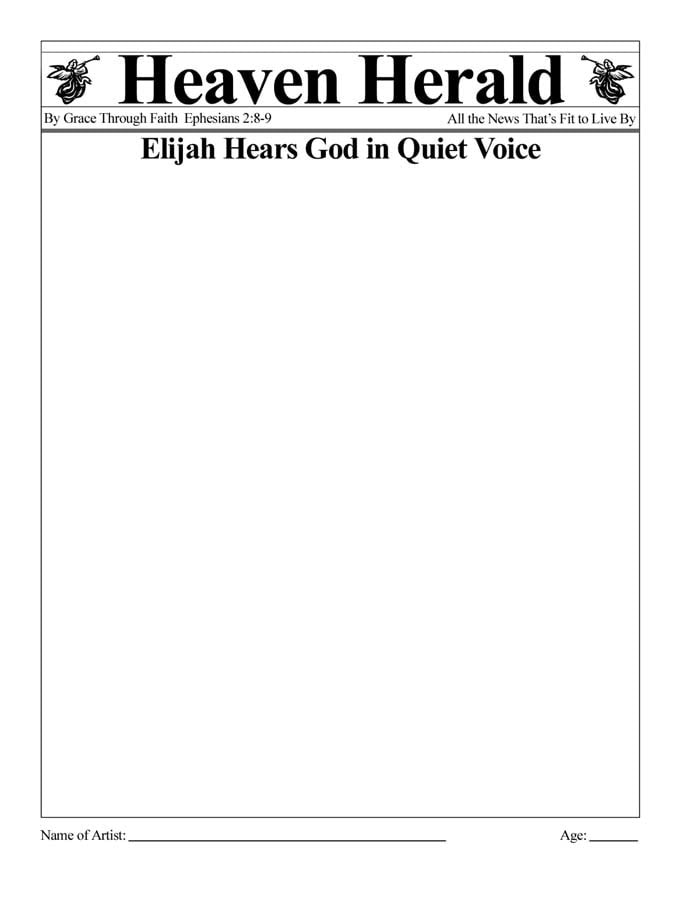 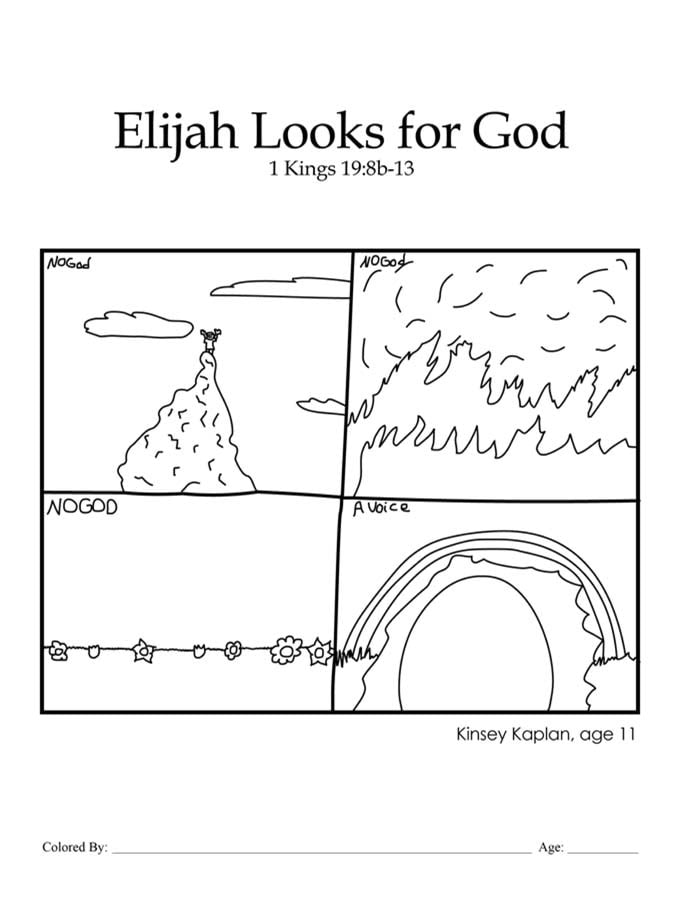