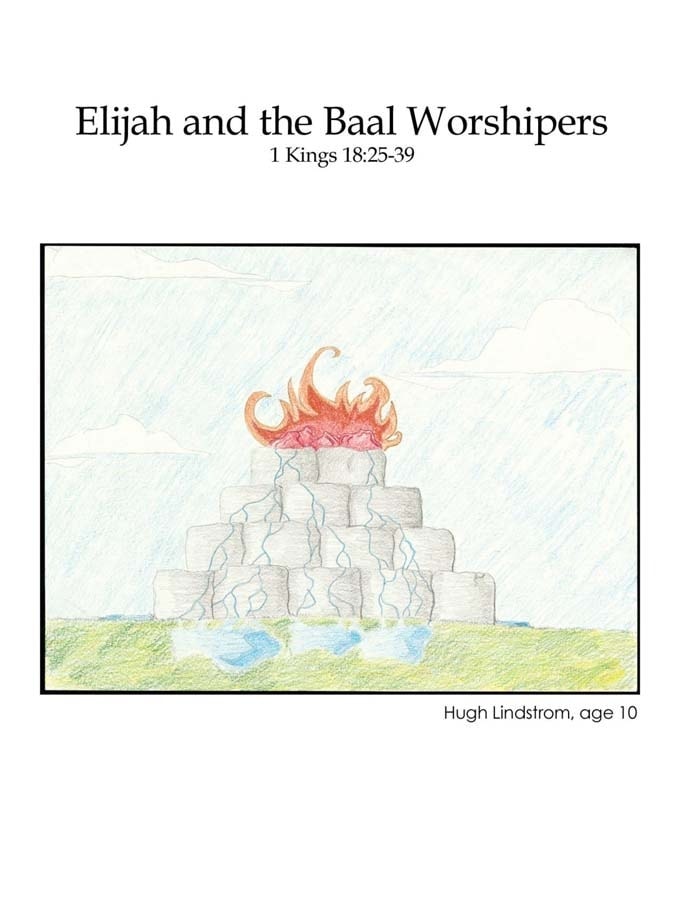 Elijah and the Baal Worshipers

25 Then Elijah said to the prophets of Baal, “There are many of you, so you go first. Choose a bull and prepare it, but don’t start your fire.”

26 So the prophets took the bull that was given to them and prepared it. They started praying to Baal and prayed until noon. They said, “Baal, please answer us!” But there was no sound. No one answered. Then they began jumping around on the altar they had built.

27 At noon Elijah began to make fun of them. He said, “If Baal really is a god, maybe you should pray louder! Maybe he is busy. Maybe he is thinking about something, or maybe he stepped out for a moment! He could be sleeping! Maybe you should pray louder and wake him up!” 28 So the prophets prayed louder. They cut themselves with swords and spears. (This was the way they worshiped.) They cut themselves until they were bleeding all over. 29 The afternoon passed but the fire still had not started. The prophets were out of control and continued to act this way until the time came for the evening sacrifice. But nothing happened—there was no answer from Baal. There was no sound. There was no one listening.

30 Then Elijah said to all the people, “Now come here.” So they gathered around Elijah. The Lord’s altard had been torn down, so Elijah repaired it. 31 Elijah found twelve stones. There was one stone for each of the twelve tribes. These twelve tribes were named for the twelve sons of Jacob, the man who the Lord had named Israel. 32 Elijah used these stones to repair the altar to honor the Lord. He dug a small ditch around the altar. It was wide enough and deep enough to hold about 4 gallonse of water. 33 Then Elijah put the wood on the altar. He cut the bull into pieces and laid the pieces on the wood. 34 Then he said, “Fill four jars with water. Pour the water on the pieces of meat and on the wood.” Then Elijah said, “Do it again.” Then he said, “Do it a third time.” 35 The water ran down off the altar and filled the ditch.

36 At about the time for the afternoon sacrifice, the prophet Elijah approached the altar and prayed, “Lord, the God of Abraham, Isaac, and Jacob, I ask you now to prove that you are the God of Israel and that I am your servant. Show these people that it was you who commanded me to do all these things. 37 Lord, answer my prayer. Show these people that you, Lord, are God and that you are the one who is bringing them back to you.”

38 Then fire came down from the Lord and burned the sacrifice, the wood, the stones, and the ground around the altar. Then it dried up all the water in the ditch. 39 All the people saw this happen and bowed down to the ground and began saying, “The Lord is God! The Lord is God!”

d 18:30 altar A raised area, pile of stones, or table where sacrifices were offered as gifts to God. An important altar was the one in front of the Temple in Jerusalem. See also “golden altar.”

How powerful is God?

“God is so powerful he could split the sun in half and make a friendship necklace.” Dominique, 6

“God could carry 1 million blue whales on his finger. God can hold the galaxies on one finger.” Andrew, 11

“God is so powerful, he can burn water!” Geoffrey, 8

“God is so powerful he can take away our sin.” Katy, 7

The false prophets of Baal prayed, shouted, danced and even cut themselves with swords. They were very sincere and noisy, but they were very wrong. Those who follow false religions are like that – sincere and noisy. These followers found that their false god would not answer their prayers for him to send fire on the bull they had prepared. They had plenty of noise and ceremony, but no power. Elijah urged them to pray louder. Maybe Baal was thinking, he said.

Elijah was the one who was thinking. Of course, he knew that a dumb idol couldn’t think. Isn’t it strange how those who worship idols become like them. They don’t think. Some people need to be shocked out of their religious blindness. Elijah made fun of their false god. Then, he asked God to win the contest. God heard his prayer and brought fire from heaven.

If Elijah lived today, a lot of people would think he was rude. He made fun of other people’s religion. If people believe in a false religion, what should we do? Jesus spoke against the leaders of false religion. He called them snakes to their faces! He said they were hypocrites who looked beautiful on the outside but were dead on the inside (Matthew 23:25-33). Jesus hated false religion, and he spoke against it.

This is the hard part of following Jesus. Speaking the truth about God means that there is only one God and one way to heaven. This means that all the other ways are false. Many people who believe in false gods and other ways to heaven will not be glad to hear they are wrong. They will probably think you are proud for saying Jesus Christ is the only way to God and heaven.

Elijah had more fun when he said that maybe Baal was sleeping or on a long journey. False gods are like that. They are never home to answer prayers. How can an idol made from wood, stone or metal do anything? How can believing a lie with great sincerity make something true? It can’t.

When the true God and a false god are in a contest, the true God always wins. Sometimes it might not look like God wins, but he always does in the end. Can you think of a time when it looked like God lost, but he really won?

When Jesus was beaten, spit upon and crucified on a wooden cross, it looked like he lost. Even his disciples thought it was all over. But God turned what looked like his greatest defeat into his most powerful victory. Jesus rose from the dead! Now that’s power!!!

Think About This: The Lord Jesus Christ is God’s only Son. Only he can give eternal life to those who believe in him. Any promises of eternal life apart from Christ are false.

Memorize This Truth: Jesus answered, “I am the way, the truth, and the life. The only way to the Father is through me” (John 14:6).

Activity: Write the names of friends who need to know the Lord Jesus, and pray for them.

How many friends can you think of that need to hear that Jesus is the only way to God?

Have you ever told anyone about the Lord Jesus?

Will you tell one of your friends about Christ this week? 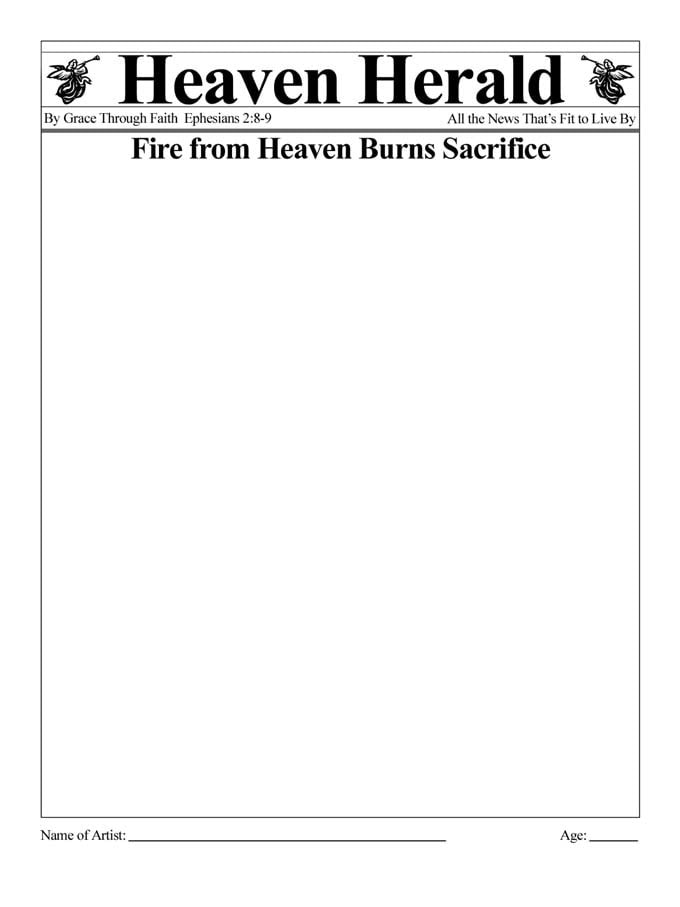 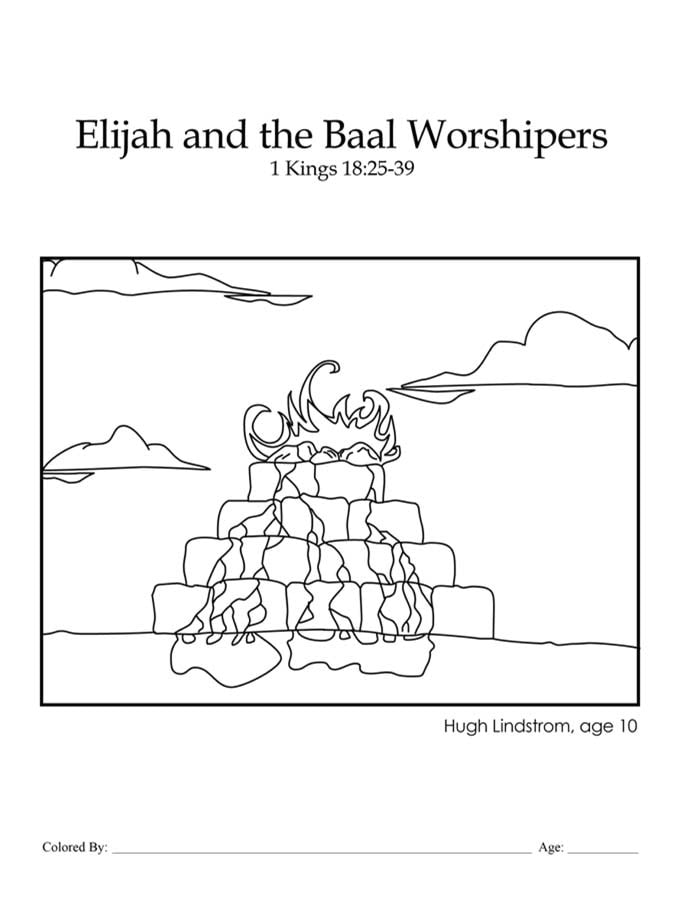