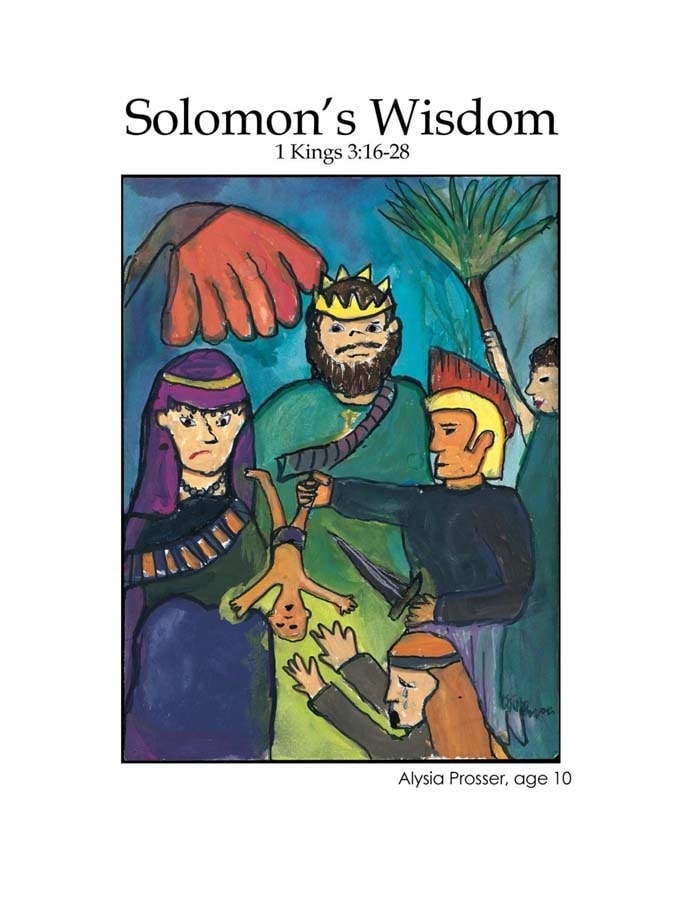 16 One day two prostitutes came to Solomon and stood before the king. 17 One of the women said, “Sir, this woman and I live in the same house. We were both pregnant and ready to give birth to our babies. I had my baby while she was there with me. 18 Three days later she also gave birth to her baby. There was no one else in the house with us, just the two of us. 19 One night while this woman was asleep with her baby, the baby died. 20 That night while I was asleep, she took my son from my bed and carried him to her bed. Then she put the dead baby in my bed. 21 In the morning I woke up and was about to feed the baby when I saw he was dead. When I looked at him more closely, I saw that he was not my baby.”

22 But the other woman said, “No! The dead baby is yours, and the one still alive is mine!”

But the first woman said, “No, you are wrong! The dead baby is yours! The one that is still alive is mine.” So the two women argued in front of the king.

26 The second woman said, “Yes, cut him in two. Then neither of us will have him.” But the first woman, the real mother, loved her son and said to the king, “Please, sir, don’t kill the baby! Give him to her.”

27 Then King Solomon said, “Stop, don’t kill the baby. Give him to this woman. She is the real mother.”

28 The people of Israel respected the king when they heard about this decision. They saw he had the wisdom of God to make the right decisions.

What is wisdom and who is the wisest person you know?

“To be wise means to be very smart, and you know everything. And when someone wise says something, and it comes true, that means they are really wise and really smart. The wisest person I know is my dad because he knows the weather, and he’s only a doctor.” Rachel, 6

“The wisest person I know is my mom because she has helped me and my big sister with a lot of stuff and mostly all the things were right.” Sarah, 9

“Wisdom according to the Bible is not necessarily smart, but to fear the Lord.” Carey Ann, 12

Ever wonder what it would be like for God to grant you any wish? This happened to young King Solomon. The Lord appeared to him in a dream and said, “Solomon, ask me what you want me to give you.”

Solomon asked for a wise and understanding heart to perform his duties as Israel’s king. Because Solomon asked for wisdom instead of wealth, God gave him riches and honor, too. Solomon’s wisdom was put to a test when the two mothers said the same baby was theirs. Solomon had to decide which woman was the real mother. Solomon used the wisdom God gave him to help him decide.

God can give you wisdom like Solomon’s. All parts of the Bible can make you wise, but one book is full of Solomon’s wise sayings. If you want to be a wise person, read the book of Proverbs.

If you want to do the right thing, God is waiting to show you what to do. In the book of Proverbs, King Solomon wrote that God “gives good advice to honest people” (Proverbs 2:7). When God is the source of your wisdom, you can be confident. If God always knows what to do, a wise person will depend on him.

If you study the Bible, you will know what to do in many situations. You don’t have to ask God whether or not you should tell the truth. He has already told us in the Bible that we shouldn’t tell lies. Don’t be like the woman who lied about her dead baby. A wise person always tells the truth.

Think About This: Life is full of difficult decisions, but God always knows what to do. That’s why we must ask him for wisdom.

Memorize This Truth: “Do any of you need wisdom? Ask God for it. He is generous and enjoys giving to everyone. So he will give you wisdom” (James 1:5).

Can you think of a time when you should have asked God for wisdom?
How can you tell if a person has godly wisdom? (Hint: Read James 3:17). 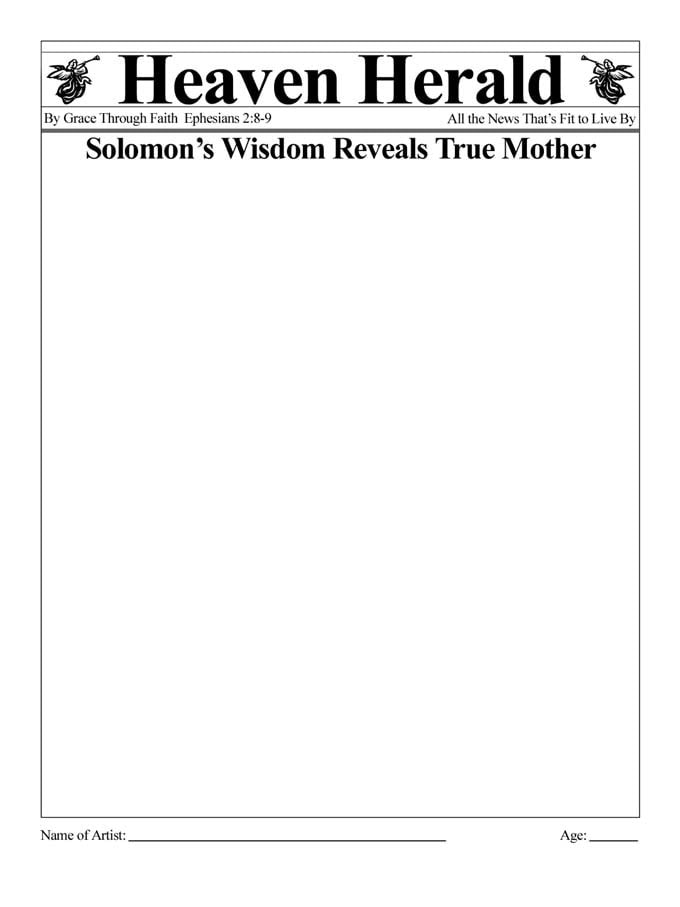 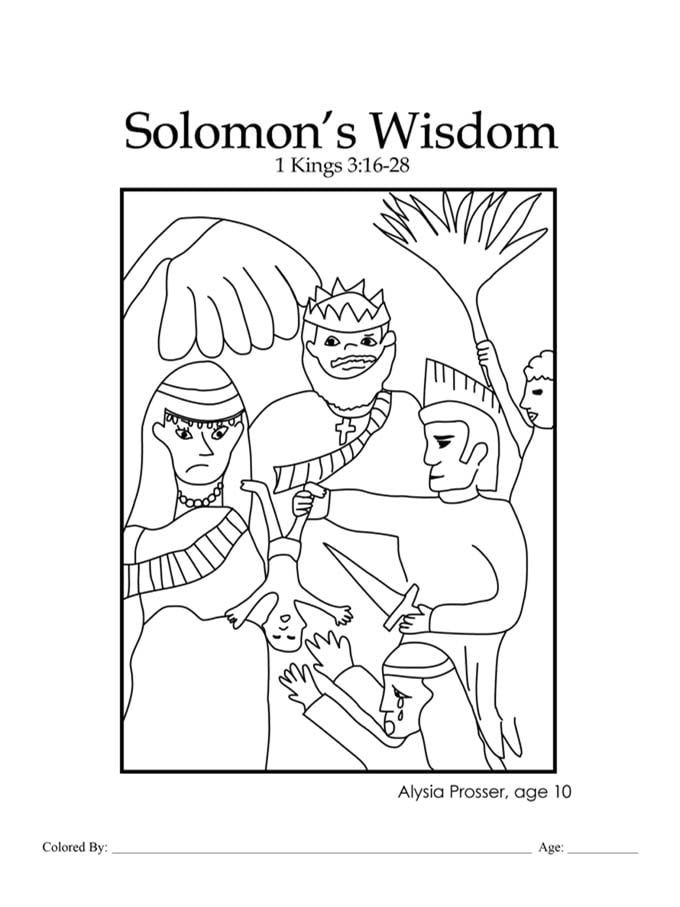