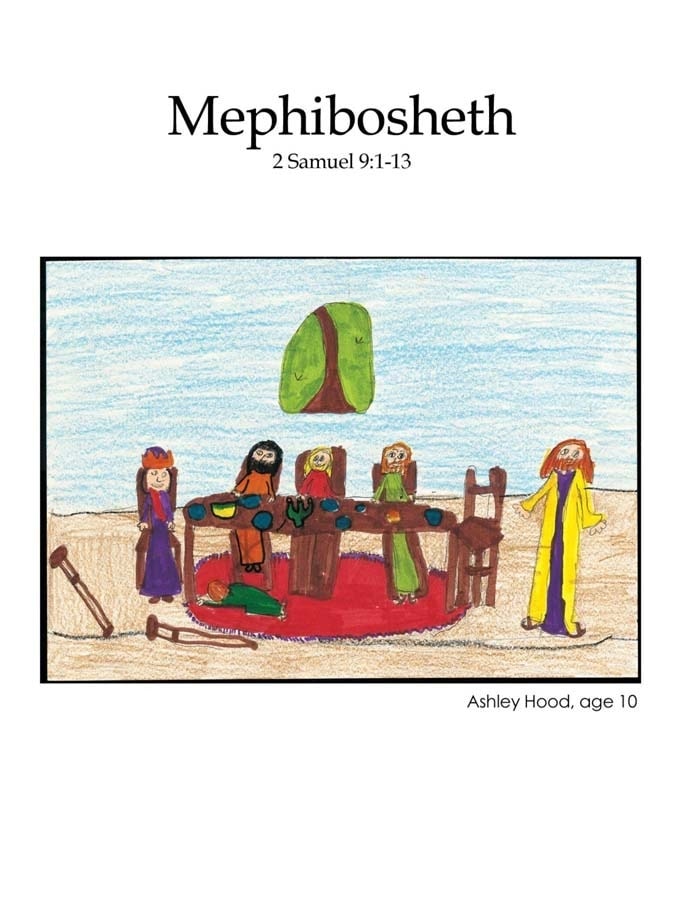 David Is Kind to Saul’s Family

1 David asked, “Is there anyone still left in Saul’s family? I want to show kindness to this person. I want to do it for Jonathan.”

2 There was a servant named Ziba from Saul’s family. David’s servants called Ziba to David. King David said to Ziba, “Are you Ziba?”

Ziba said, “Yes, I am your servant Ziba.”

3The king said, “Is there anyone left in Saul’s family? I want to show God’s kindness to this person.”

Ziba said to King David, “Jonathan has a son still living. He is crippled in both feet.”

Ziba said to the king, “He is at the house of Makir son of Ammiel in Lo Debar.”

5Then King David sent some of his officers to Lo Debar to bring Jonathan’s son from the house of Makir son of Ammiel. 6 Jonathan’s son Mephibosheth came to David and bowed with his face low to the floor.

7 David said to Mephibosheth, “Don’t be afraid. I will be kind to you because of your father Jonathan. I will give back to you all of the land of your grandfather Saul. And you will always be able to eat at my table.”

8 Mephibosheth bowed to David again and he said, “I am no better than a dead dog, but you are being very kind to me.”

Ziba had 15 sons and 20 servants. 11 He said to King David, “I am your servant. I will do everything that my lord the king commands.”

So Mephibosheth ate at David’s table like one of the king’s sons. 12 Mephibosheth had a young son named Mica. All the people in Ziba’s family became Mephibosheth’s servants. 13 Mephibosheth lived in Jerusalem. He was crippled in both feet, and every day he ate at the king’s table.

Why did God make people different from each other?

“God made us different from one another so he wouldn’t be bored.” Michael, 7

“Being different from each other is like our ID so we won’t get lost.” Kristin, 6

“We have to have people who want to do all sorts of things and work at different jobs.” Leslie, 12

“God wanted to show his ability to be creative.” Andy, 12

Some people are rich. Some are poor. Some can walk, some can’t. We’re all different. Because Mephibosheth was crippled in both feet, he was different from most people. But there was a place for him at King David’s table.

Even though we’re different from each other, we can be united together in Christ. The love of God unites all Christians because it’s greater than all our differences. Through God’s love we can show compassion, caring and kindness to those who are different from us.

In a certain way, all of us are crippled because we have sinned against God. In spite of our failure, King Jesus wants to eat with us at his table. All who accept God’s invitation to trust the Lord Jesus as their savior will have a place at God’s table. God knows how all the differences among his sons and daughters can work together to increase his glory. All God’s children have a special place at the table of King Jesus.

The relationship between King David and Mephibosheth was one of grace. David gave Mephibosheth all the lands that King Saul had once owned and a place to eat at his table. David made Mephibosheth rich and gave him great honor!

Mephibosheth could do nothing for King David. He received what the king gave him. Mephibosheth knew he had nothing to give David when he said, “I am no better than a dead dog, but you are being very kind to me” (2 Samuel 9:8). There’s nothing more helpless than a dead dog. A dead dog can’t even bark!

Think About This: The relationship between Mephibosheth and David is like our relationship with God. We have nothing that God needs, yet he chose to be kind to us. This is called grace. It’s by grace that God saves us. King Jesus made a way for us to live with him forever.

Memorize This Truth: “I mean that you have been saved by grace because you believed. You did not save yourselves; it was a gift from God. You are not saved by the things you have done, so there is nothing to boast about” (Ephesians 2:8-9).

Are you humble enough to receive God’s grace gift of eternal life by believing in the Lord Jesus Christ as your savior?
How can you show grace to people who have nothing to give you? 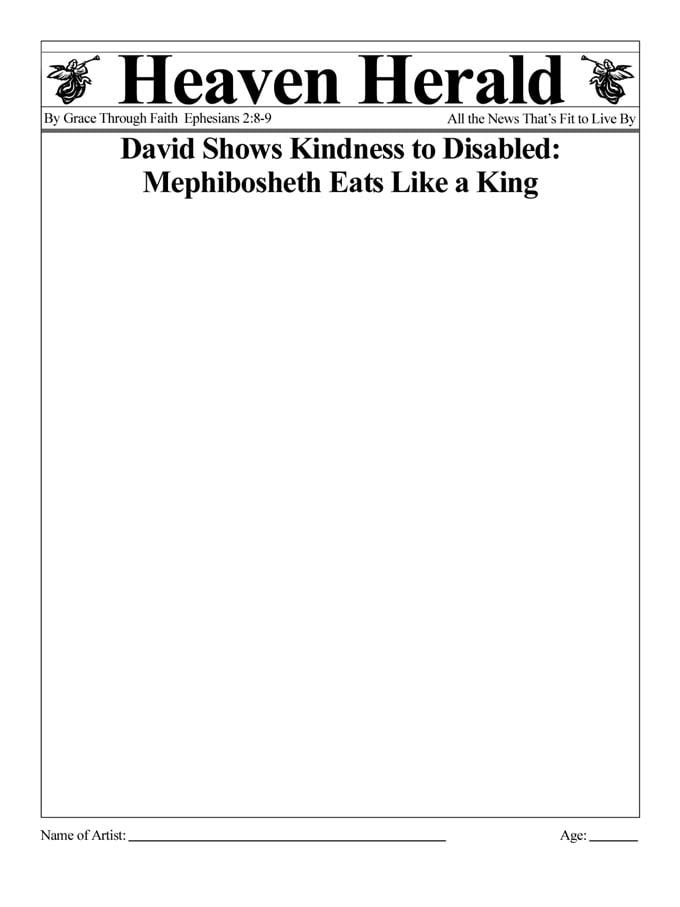 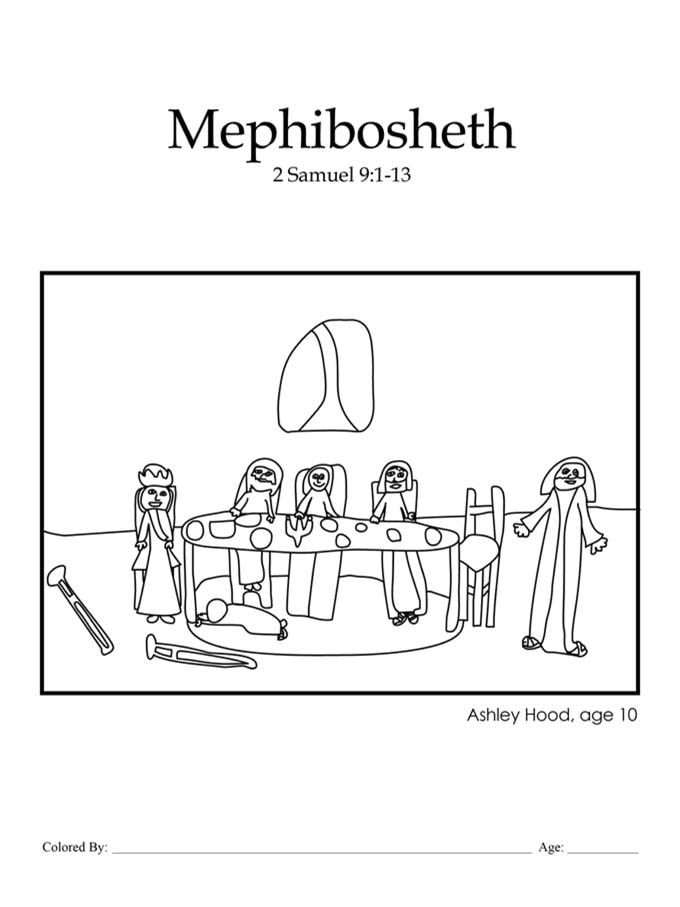