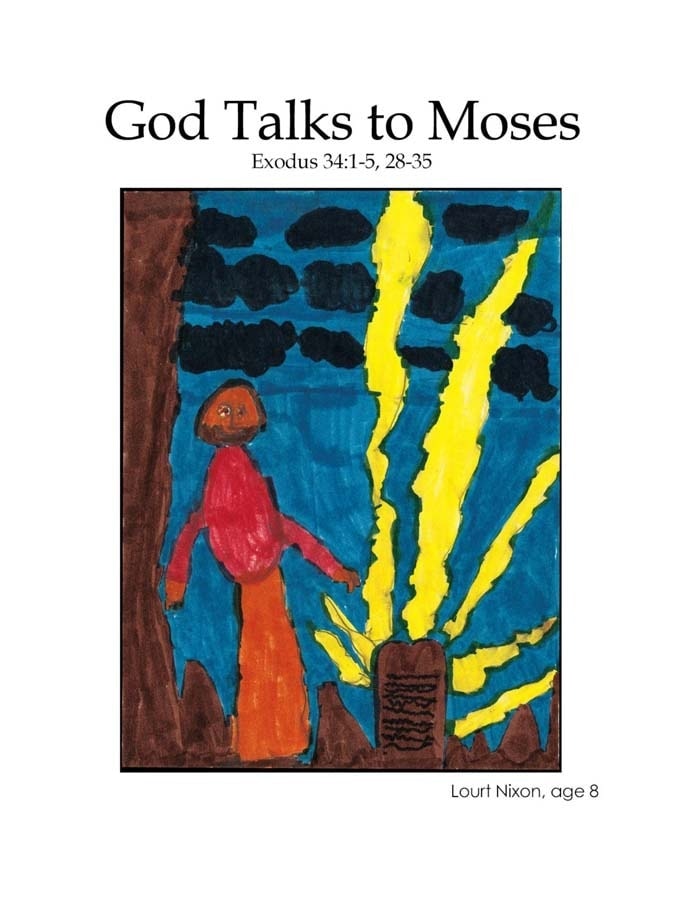 34 1 Then the Lord said to Moses, “Make two more stone tablets like the first two that were broken. I will write the same words on these stones that were written on the first two stones. 2 Be ready tomorrow morning and come up on Mount Sinai. Stand before me there on the top of the mountain. 3 No one will be allowed to come with you. No one should even be seen anywhere on the mountain. Even your herds of animals or flocks of sheep will not be allowed to eat grass at the bottom of the mountain.”

4 So Moses made two more stone tablets like the first ones. Early the next morning Moses went up Mount Sinai, just as the Lord had commanded. Moses carried the two stone tablets with him. 5 Then the Lord came down to him in a cloud, stood there with Moses and spoke his own name.

28 Moses stayed there with the Lord for 40 days and 40 nights. Moses did not eat any food or drink any water. And he wrote the words of the agreement (the Ten Commandments) on the two stone tablets.

29When Moses came down from Mount Sinai, he carried the two stone tablets of the Agreement.s Because he had talked with the Lord, his face was shining, but he did not know it. 30 Aaron and all the people of Israel saw that Moses’ face was shining bright. So they were afraid to go near him. 31 But Moses called to them. So Aaron and all the leaders of the people went to him. Moses talked with them. 32 After that, all the Israelites came near Moses, and he gave them the commands that the Lord had given him on Mount Sinai.

33 When Moses finished speaking to the people, he put a covering over his face. 34 Any time Moses went before the Lord to speak with him, Moses took off the covering. Then Moses would come out and tell the Israelites what the Lord commanded. 35 The people would see that Moses’ face was shining bright, so he would cover his face again. He kept his face covered until the next time he went in to speak with the Lord.

s 34:29 Agreement Where this is marked, it is literally “Testimony,” a word that usually refers to the flat stones with the Ten Commandments written on them, which were evidence or “proof” of the agreement between God and Israel.

Who wrote the Bible?

“I think the angels wrote the verses, and God helped the angels type it out.” Sara, 8

“I think the disciples wrote it, and Jesus and God. They wrote it on scrolls. Then they cut it in squares, and they got leather and made the cover and put it together.” Robert, 8

“Holy men who were God’s people wrote the Bible and God helped them to know what to write.” Scott, 10

“Since God was in heaven, and not on earth, he told other people through their minds what to write. God is the one who really made all the words, but the people who wrote it down just wrote it on paper.” Casey, 10

At Mount Sinai, God actually wrote the Ten Commandments on the stone tablets with his finger (Exodus 31:18). After Moses broke the first tablets, God told him what to write on the second set. Later, he inspired many people to write about his purpose for his people. As Scott said, “God helped them to know what to write.”

To tell his message, God used the personality and the things that happened to each writer. The Bible tells us, “All Scripture is given by God. And all Scripture is useful for teaching and for showing people what is wrong in their lives. It is useful for correcting faults and teaching the right way to live” (2 Timothy 3:16).

We also know that various people wrote the Bible since it says, “people were led by the Holy Spirit and spoke words from God” (2 Peter 1:21). The original writers of the Bible wrote in the languages of Hebrew, Greek and Aramaic. The Bible you read today is a translation of those very old languages.

The Bible should be read like a mystery novel. Look for clues about God’s purpose in the beginning parts that become clear in the later parts. God’s big plan is to bring all things in heaven and on earth under the rule of his Son, Jesus Christ (Ephesians 1:7-10). Every church should be an example of God’s big plan. Believers from all backgrounds come together as one people united under the love of Jesus Christ. See if you can find God working toward his purpose in each book of the Bible.

Think About This: You are reading God’s own words and thoughts when you read the Bible. This is an amazing sign of his great love for you.

Do you value God’s Word more than the opinions of your friends? What are some examples of this? 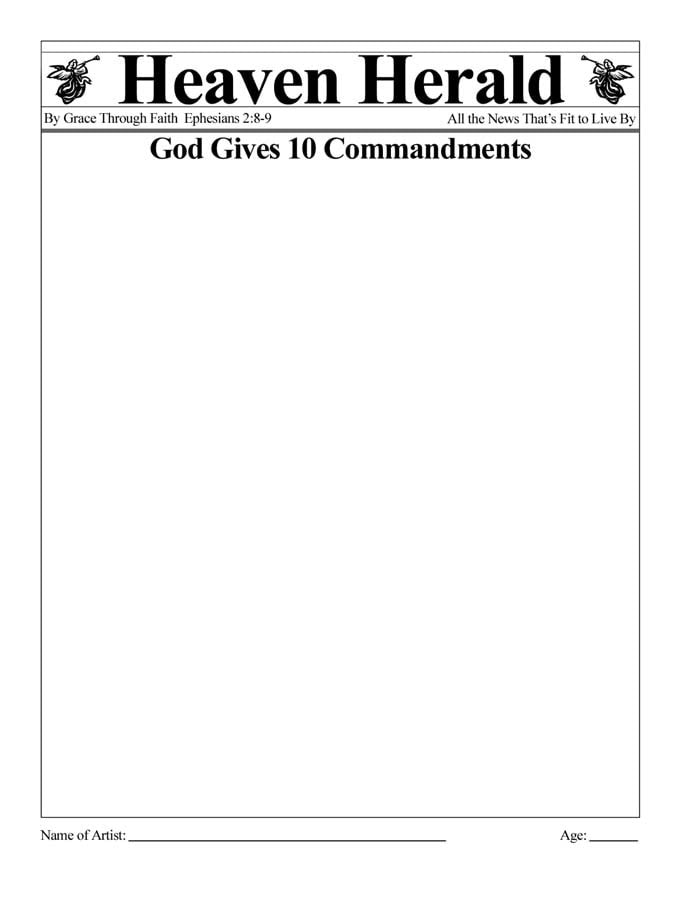 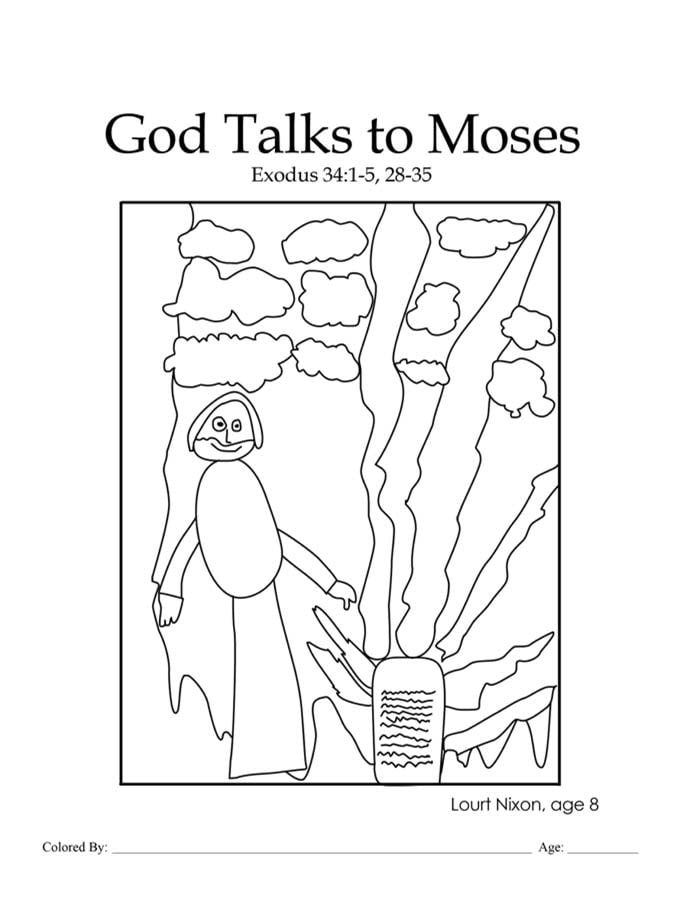