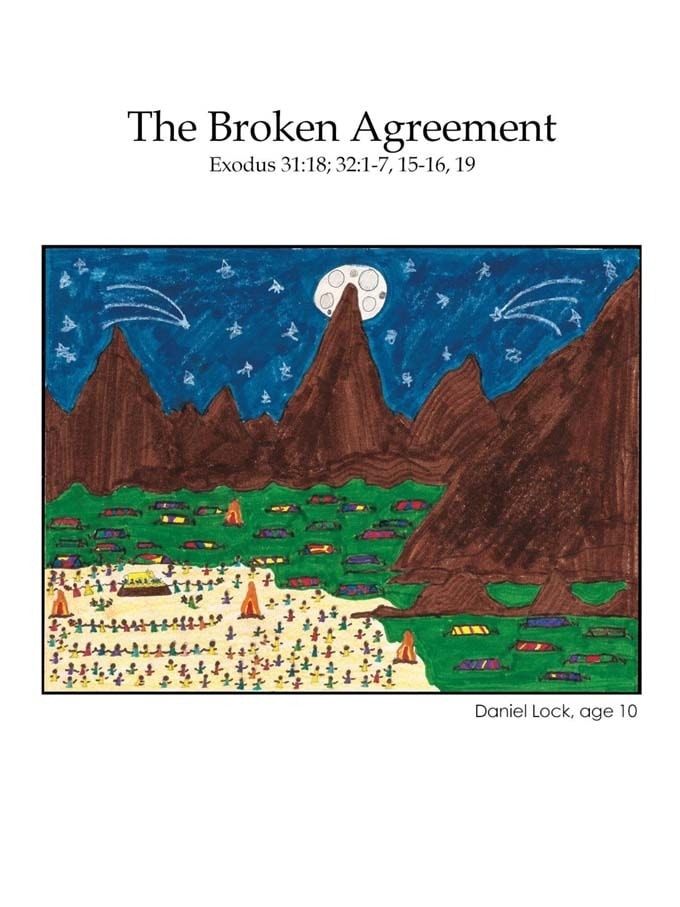 31 18 When the Lord finished speaking to Moses on Mount Sinai, he gave him the two stone tablets of the Agreement.j God had written on the stones with his finger.

32 1 The people saw that a long time had passed and Moses had not come down from the mountain. So they gathered around Aaron. They said to him, “Look, Moses led us out of the land of Egypt, but we don’t know what has happened to him. So make us some gods to go before us and lead us.”

2 Aaron said to the people, “Bring me the gold earrings that belong to your wives, sons, and daughters.”

3 So the people collected all their gold earrings and brought them to Aaron. 4 He took the gold from the people and used it to make an idol. Using a special tool, he shaped the gold into a statue of a calf.

Then the people said, “Israel, here are your gods! These are the gods that brought you out of the land of Egypt!”a

5 Aaron saw all these things, so he built an altarb in front of the calf. Then Aaron made an announcement. He said, “Tomorrow will be a special festival to honor the Lord.

6 The people woke up very early the next morning. They killed animals and offered them as burnt offeringsc and fellowship offerings.d They sat down to eat and drink. Then they got up and had a wild party.

7 At the same time, the Lord said to Moses, “Go down from this mountain. Your people, the people you brought out of the land of Egypt, have done a terrible sin.”

15 Then Moses went down the mountain. He had the two stone tablets with the agreementf on them. The commandments were written on both sides of the stone, front and back. 16 God himself made the stones, and God himself wrote the commandments on them.

19 When Moses came near the camp, he saw the golden calf and the people dancing. He became very angry, and he threw the stone tablets on the ground. The stones broke into several pieces at the bottom of the mountain.

j 31:18 Agreement Where this is marked, it is literally “Testimony,” a word that usually refers to the flat stones with the Ten Commandments written on them, which were evidence or “proof” of the agreement between God and Israel.

a 32:4 Israel … Egypt This shows that the people worshiped the calf as a special symbol for the Lord, and even this was forbidden. See 1 Kings 12:26-30.

b 32:5 altar A raised area, pile of stones, or table where sacrifices were offered as gifts to God. An important altar was the one in front of the Temple in Jerusalem. See also “golden altar.”

c 32:6 burnt offering A gift to God. Usually these were animals that were killed and completely burned on the altar.

d 32:6 fellowship offering An offering to God that was also eaten by the person giving the sacrifice and shared with others, especially during New Moon celebrations.

Why do we sin?

“Sin is a bad habit that just comes naturally.” Leslie, 12

“Adam and Eve messed up so we are born with sin in our hearts.” Dominique, 6

“We sin because we don’t listen.” Michael, 6

We all get so used to sinning that we forget how bad it is. Sin against a holy God who desires the best for us is rebellion! The children of Israel rebelled while they were waiting for Moses to return from talking to God on the mountain.

After God had miraculously saved his people from Egypt and slavery, they forgot what he had done for them. And worse yet, they forgot God and made a golden calf to worship! They were God’s chosen people, but they chose to sin.

Did you notice what Aaron said after he made the golden calf and built an altar to it? He said, “Tomorrow will be a special festival to honor the Lord.” Just because a spiritual leader says he’s doing a work for God, doesn’t mean he is telling the truth. Even a ministry or a church building program can become an idol if people put it before a relationship with God.

While Moses was on top of the mountain receiving the Ten Commandments, Aaron and the Israelites were breaking at least three of them. They made an idol, committed sexual sins and Aaron misused God’s name.

It’s easy to wonder how people who saw so many miracles could rebel against God. How could they be so silly as to make and worship an idol? Yet, Christians create idols when they make a thing or a person more important than God. Enjoy things and people, but remember who’s really Number One!

God loves his people. He wants to bless them, but he can’t if they rebel against him. Like any good father, God knows how to correct his children.

Think About This: God’s correction is an expression of his love. If he didn’t care, he wouldn’t bother correcting us. 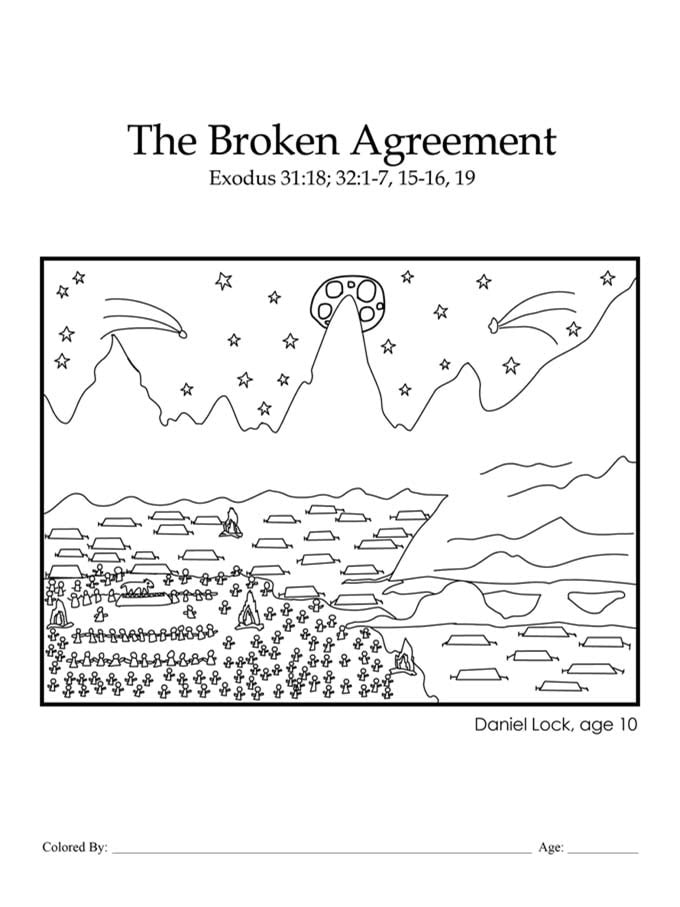