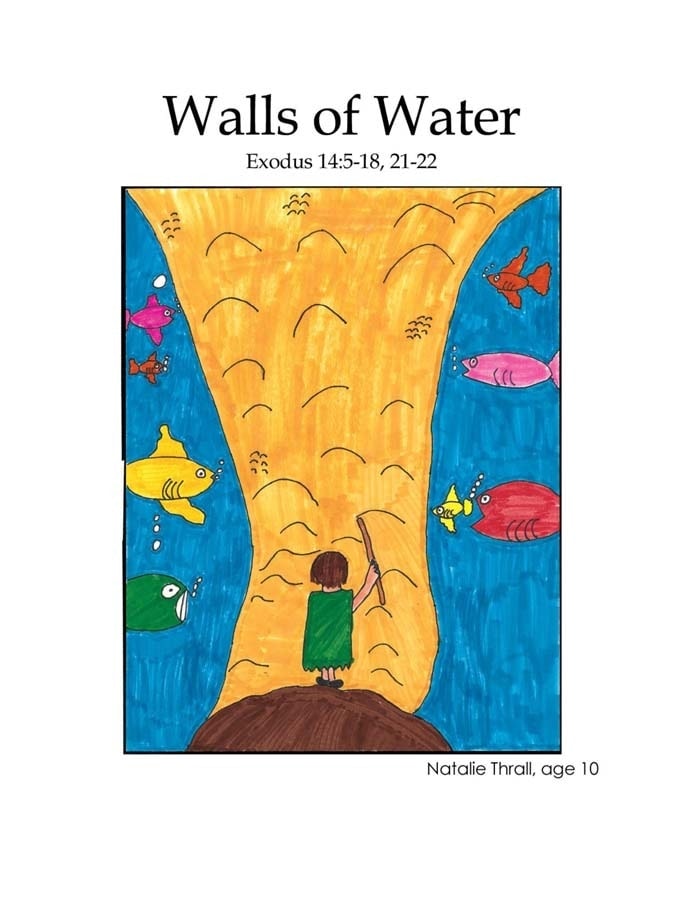 6 So Pharaoh prepared his chariota and took his men with him. 7 He took 600 of his best men and all of his chariots. There was an officer in each chariot.b 8 The Israelites were leaving with their arms raised in victory. But the Lord caused Pharaoh, the king of Egypt, to become brave. And Pharaoh chased the Israelites.

9The Egyptian army had many horse soldiers and chariots. They chased the Israelites and caught up with them while they were camped near the Red Sea at Pi Hahiroth, east of Baal Zephon.

10 When the Israelites saw Pharaoh and his army coming toward them, they were very frightened and cried to the Lord for help. 11 They said to Moses, “Why did you bring us out of Egypt? Did you bring us out here in the desert to die? We could have died peacefully in Egypt; there were plenty of graves in Egypt. 12 We told you this would happen! In Egypt we said, ‘Please don’t bother us. Let us stay and serve the Egyptians.’ It would have been better for us to stay and be slaves than to come out here and die in the desert.”

13 But Moses answered, “Don’t be afraid! Don’t run away! Stand where you are and watch the Lord save you today. You will never see these Egyptians again. 14You will not have to do anything but stay calm. The Lord will do the fighting for you.”

15 Then the Lord said to Moses, “Why are you still crying to me? Tell the Israelites to start moving. 16 Raise the walking stick in your hand over the Red Sea, and the sea will split. Then the people can go across on dry land. 17 I have made the Egyptians brave, so they will chase you. But I will show you that I am more powerful than Pharaoh and all of his horses and chariots. 18 Then Egypt will know that I am the Lord. They will honor me when I defeat Pharaoh and his horse soldiers and chariots.”

21 Moses raised his hand over the Red Sea, and the Lord caused a strong wind to blow from the east. The wind blew all night long. The sea split, and the wind made the ground dry. 22 The Israelites went through the sea on dry land. The water was like a wall on their right and on their left. 23 Then all of Pharaoh’s chariots and horse soldiers followed them into the sea.

a 14:6 chariot A small, two-wheeled cart pulled by horses and used in war.

b 14:7 There was … chariot Or “There were three soldiers in each chariot.”

What can we learn from the children of Israel crossing the Red Sea?

“Moses holded out his stick, and it splitted up.” Jessica, 6

“It was a miracle when Moses put the stick into the big sea.” Hillary, 6

“If you trust God, he will help you in sticky situations.” Rachel, 11

“Trust in the Lord even when you are scared.” Shannon, 11

There are lots of things to learn from this story. We find out that the people of Israel were very afraid—so afraid that they bugged Moses and asked him if he had brought them into the desert to die. Moses told them not to be afraid because the Lord would do the fighting. They didn’t have to do anything but have faith. Sometimes the hardest thing to do is to be still and wait. It doesn’t mean you do nothing at all. It means you have real faith that stands on tiptoes watching to see what God is going to do!

God saved his people from the Egyptian army by creating a path through the Red Sea. Wow! Just imagine the excitement of going for a walk on the sea floor with huge walls of water on each side of you. This miracle is part of the exodus. That means God brought his people out of Egypt and saved them from certain death. It’s an example of how far God will go to save his people. Remember the word “exodus.” It’s a code word for God bringing his people out of slavery into freedom.

What’s the biggest exodus of all time? Jesus made an exodus from the grave. He escaped death! He arose from the dead! Now, you can join Jesus in this exodus by trusting him as your savior. Jesus made a safe path to God for us.

Think About This: Because God sent strong winds to hold back the walls of water, the Israelites passed safely through the Red Sea. God sent his Son to hold back the power of death. Death shouldn’t frighten us if we have trusted the Lord Jesus as our savior. Remember, he rose from the dead. Because Jesus will lead us through the troubles of this world, we should be brave.

Memorize This Truth: “But Moses answered, ‘Don’t be afraid! Don’t run away! Stand where you are and watch the Lord save you today’” (Exodus 14:13).

Are you willing to stand still and stop trying to work your way to heaven?
Will you trust the Lord Jesus as your escape from death?
If you are a Christian, what are some ways you can stand still and watch the Lord work? 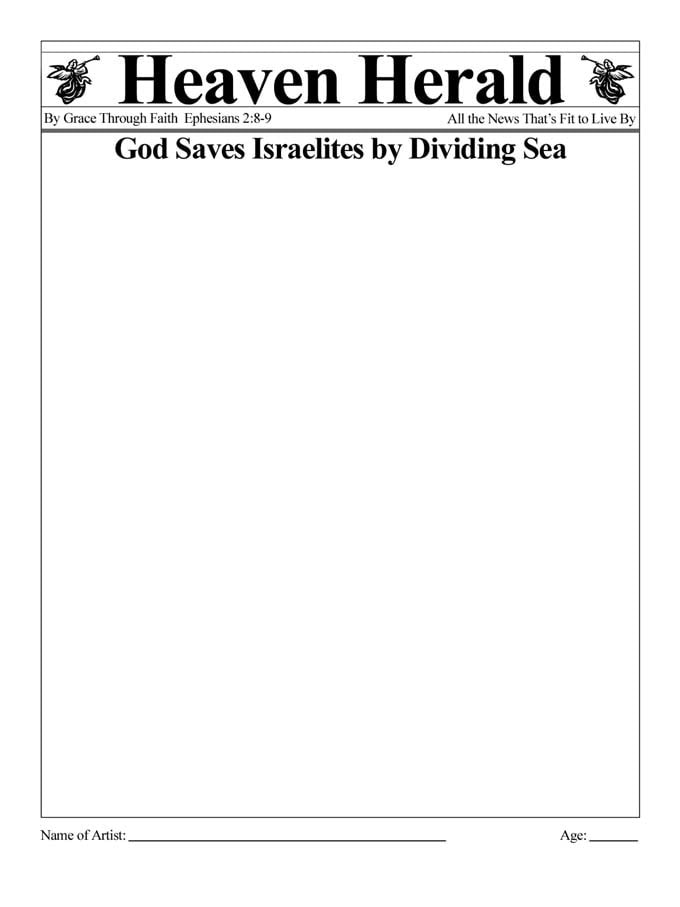 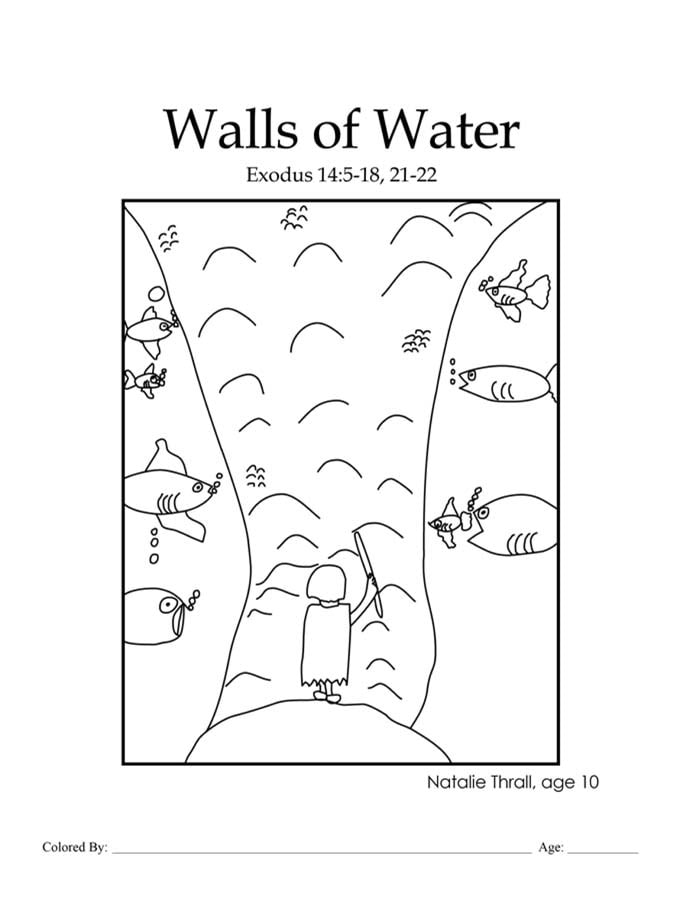