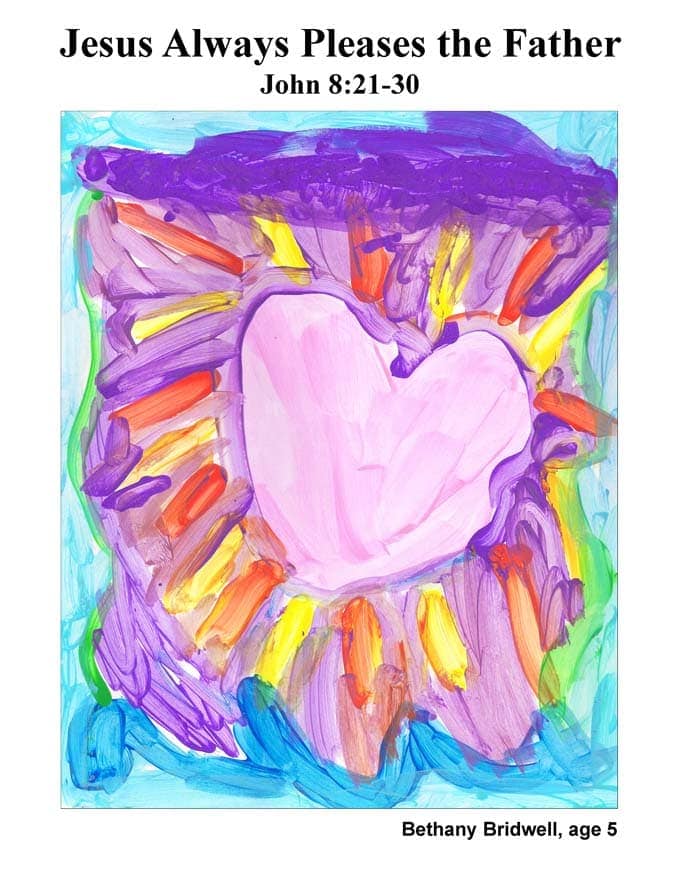 21 Again, Jesus said to the people, “I will leave you. You will look for me, but you will die in your sin. You cannot come where I am going.”
22 So the Jewish leaders asked themselves, “Will he kill himself? Is that why he said, ‘You cannot come where I am going’?”
23 But Jesus said to them, “You people are from here below, but I am from above. You belong to this world, but I don’t belong to this world. 24 I told you that you would die in your sins. Yes, if you don’t believe that I AM,a you will die in your sins.”
25 They asked, “Then who are you?”
Jesus answered, “I am what I have told you from the beginning. 26 I have much more I could say to judge you. But I tell people only what I have heard from the one who sent me, and he speaks the truth.”
27 They did not understand who he was talking about. He was telling them about the Father. 28 So he said to them, “You will lift upb the Son of Man. Then you will know that I AM. You will know that whatever I do is not by my own authority. You will know that I say only what the Father has taught me. 29 The one who sent me is with me. I always do what pleases him. So he has not left me alone.” 30 While he was saying these things, many people believed in him.

b lift up Meaning to be nailed to a cross and “lifted up” on it to die. It may also have a second meaning: to be “lifted up” from death to heaven.

How can you know if you are pleasing God?

“You need to be kind to your neighbors who are anyone you see, or also your enemies.” Sammy, 8

“I know I am pleasing God when I help people that are hurt, when I share with people about God, and when I obey my mom and dad.” Elijah, 7

“I will come to the hospital and bring toys to girls and boys. I love to help people. God is with me and those boys and girls. I can bring food to people.” Sanaa, 6

“I know I am pleasing God when someone falls and I help them. I can help my sister when she hurts herself.” Joshua, 6

“I’m cleaning up my room; people need room to walk so they don’t trip, so I’m not hurting anyone and that makes God happy!” Joseph, 5

“If we praise him, we are pleasing God. God loves all the little children in the world.” Mikayla, 7

“I know I am pleasing God when I set the table for dinner, when I help my mom with her shopping and when I do my chores.” Avery, 7

The religious leaders should have trembled with fear when Jesus told them that “you will die in your sin.” There is nothing worse than eternal judgment. They were face to face with the one who came to save them from everlasting judgment, but they didn’t recognize Jesus as their Messiah and savior.

Instead of trusting Jesus to escape God’s judgment, the religious leaders made fun of him. When Jesus said, “You cannot come where I am going,” the Jews said, “Will he kill himself?

Did you know that your origin determines your eternal destiny?

You either die in your sins or die in the Lord. There is no other choice. When you refuse the gift of eternal life by rejecting Jesus “it is a sin against the remedy,” wrote Bible scholar Matthew Henry.

Let’s pretend that you are so sick that you have to go to the hospital. Your doctor runs tests and discovers that you have a strain of bacteria that is making you very sick. Your doctor is happy because he knows a medicine that will kill the bacteria that is making you sick. What if you refuse to take the medicine? Whose fault is it that you continue to be very sick? It’s your own fault because you have refused the remedy that could make you well.

We live in a sin sick world. It’s not the way God designed it. Jesus is the cure for the sin that will keep us separated from God. Jesus died on the cross to pay for the sins of the entire world. When people trust in Jesus Christ as their savior, they accept God’s cure for a sin sick world. They become children of God and citizens of heaven.

When Jesus said they needed to believe that “I AM,” all the Jews should have remembered the conversation that Moses had with God. When Moses asked God for his name, he said, “I AM WHO I AM” (Exodus 3:14).

When God says “I AM,” he is saying that he is self existent. No one created God. God created time, space, the physical universe and all the living things in it. God exists in time and beyond time. He is in space, but not limited by it. There was never a time when God didn’t exist. God is!

When Jesus spoke of being lifted up, it often had two meanings. Jesus was lifted up on a cross when he was crucified. But his crucifixion led to his resurrection from the dead and journey back to heaven where God the Father gave him special glory.

After Judas left Jesus to betray him, Jesus said, “Now is the time for the Son of Man to receive his glory,” (John 13:31). Jesus saw his betrayal and suffering on the cross for our sins as the path to glory. Jesus knew that he had to suffer to save us, yet he looked at the glory that would follow the suffering. Shouldn’t we look at suffering the same way?

Think About This: If we know that God will reward us when we suffer for being Christians, we should be glad that God allowed us to suffer for him. That was the attitude of Jesus’ disciples: “The apostles left the council meeting. They were happy because they were given the honor of suffering dishonor for Jesus,” (Acts 5:41).

Ask This Question: Is your fellowship with Jesus to the point where you care more about what he thinks than what society and your friends think? 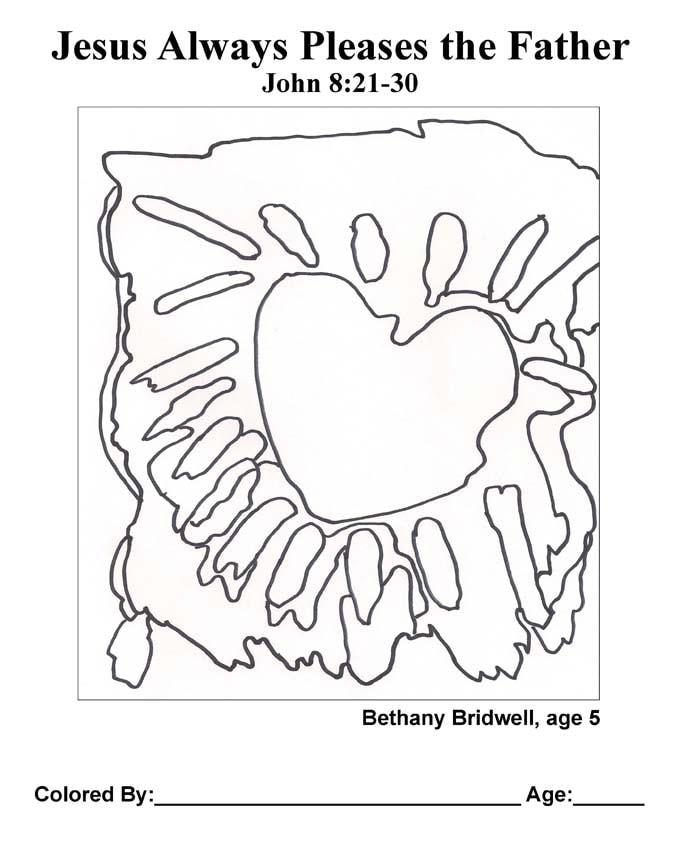