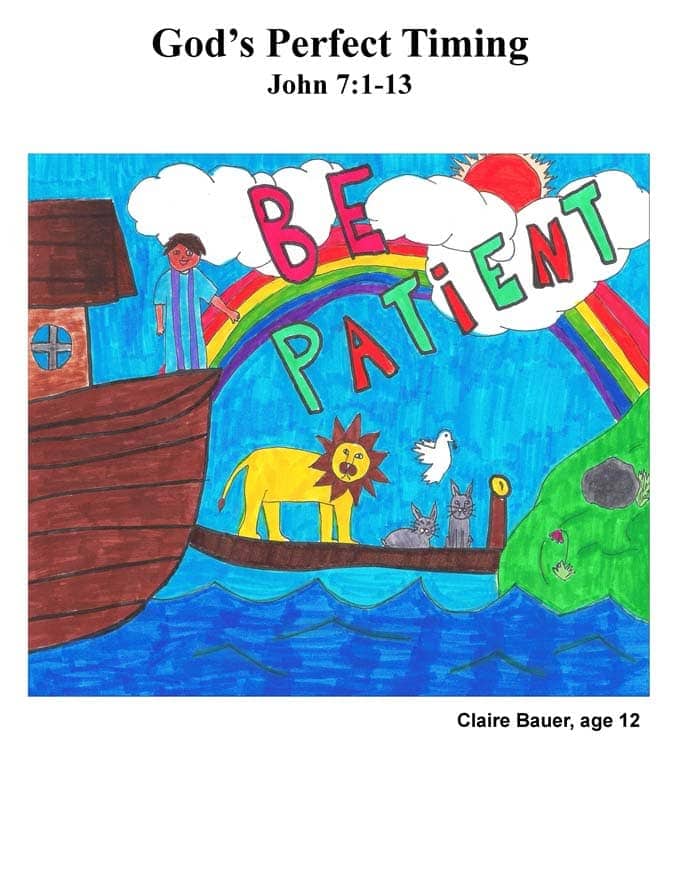 Jesus and His Brothers

1 After this, Jesus traveled around the country of Galilee. He did not want to travel in Judea, because the Jewish leaders there wanted to kill him. 2 It was time for the Jewish Festival of Shelters. 3 So his brothers said to him, “You should leave here and go to the festival in Judea. Then your followers there can see the miracles you do. 4 If you want to be well known, you must not hide what you do. So, if you can do such amazing things, let the whole world see you do them.” 5 Jesus’ brothers said this because even they did not believe in him.

6 Jesus said to them, “The right time for me has not yet come, but any time is right for you to go. 7 The world cannot hate you. But the world hates me, because I tell the people in the world that they do evil things. 8 So you go to the festival. I will not go now, because the right time for me has not yet come.” 9 After Jesus said this, he stayed in Galilee.
10 So his brothers left to go to the festival. After they left, Jesus went too, but he did not let people see him. 11 At the festival the Jewish leaders were looking for him. They said, “Where is that man?”
12 There was a large group of people there. Many of them were talking secretly to each other about Jesus. Some people said, “He is a good man.” But others said, “No, he fools the people.” 13 But no one was brave enough to talk about him openly. They were afraid of the Jewish leaders.

What can we learn from Jesus about God’s timing to make important decisions?

“We can learn by remembering the Garden of Gethsemane, when God said it was time for Jesus to sacrifice himself for our sins to be washed away. That was before he was taken prisoner. He was to be crucified. This would wash away our sins. This was good timing by God.” Benjamin, 10

“In everyday life, God has perfect timing for even the smallest things. That’s why we should always trust in the Lord, because he has a perfect time for everyone.” Emily, 12

“God is kind of like school. Sometimes we make bad decisions because we rush and get bad grades, but if we’re patient, we get the job done and get good grades.” Gerry, 11

“Sometimes we want to do something, but God says it’s not time. God decides everything. We might not like it, but God has a plan. He knows the time and when he knows it, he will tell you.” Sophia, 9

“It’s like a 60-dollar game and you have 55 dollars and your mom says you need to wait till you have all the money.” Zachary, 12

“If you want a puppy really bad when you’re two, maybe it’s not the right time yet. If you pray to God for something and God doesn’t give it to you, listen to him. Don’t whine. In seven years when you can be responsible enough, then you can get that puppy. God’s time is perfect, so let him time your life and trust him that his time is the best for you.” Alexandra, 11

Understanding God’s timing in your life is so important. Jesus always listened to his Father for the perfect time to do anything. Jesus was on a mission. He did not let the advice of his brothers keep him from doing all that his Father wanted him to do.

There are so many things in life that must be done at certain times. For example, if you show up at school on a Saturday, when no classes are held, it won’t do you much good. You have to show up when school is open and the teacher is there to teach you.

Sometimes, the timing may not be about the date on the calendar or the time on the clock. It might be about certain things that have to happen before something else can happen. For example, you have to learn to walk before you can run, skate or dance.

If you want to read what God says about timing and seasons in life, please read Ecclesiastes 3:1-8. In 1965, an American rock band called The Byrds made “Turn, Turn, Turn” the No. 1 song in America. The words of the song are taken from Ecclesiastes 3.

Jesus’ brothers did not believe he was God’s Messiah, but they offered him advice on how to get a large crowd in Jerusalem to follow him. His brothers probably knew that many of Jesus’ disciples stopped following him after he told them they must eat his body and drink his blood.

In chapter 32, we learned that Jesus spoke using symbols. Jesus wanted all of his disciples to believe in him. When you eat food, you take the food into your body. When you believe in Jesus, you take his words about his life, death and resurrection into you. You believe them. You trust Jesus Christ as your savior.

Jesus’ brothers said to him: “If you want to be well known, you must not hide what you do. So, if you can do such amazing things, let the whole world see you do them,” (John 7:4).

A lot of people want to be popular. They live their entire lives doing things that they believe other people will like. Jesus lived to please only his Father.

Jesus said to them, “The right time for me has not yet come, but any time is right for you to go. The world cannot hate you. But the world hates me, because I tell the people in the world that they do evil things,” (John 7:6-7).

The world of unbelievers was not a dangerous place for Jesus’ brothers because they were part of it. You can be sure that if you believe in Jesus as your savior and decide to follow him, the world will hate you as it hated Jesus. When Jesus spoke of the “world,” he was talking about a way of thinking and acting that goes against what God wants.

Here is another lesson we can learn from Jesus’ brothers: Just because you are close to someone who knows God and serves him, does not mean that you will believe in God. Jesus’ brothers spent more time with him than any of his 12 disciples, yet the brothers did not believe in him during his lifetime. Your father may be a pastor, elder or deacon in a church. You may have a relative who serves the Lord as a missionary. Still, you must believe in Jesus for yourself. Nobody else can do it for you.

Think about this: Jesus’ brothers were going to Jerusalem to observe a religious feast, yet they did not believe their brother was God’s Messiah. Many people follow religious traditions, but they miss the truth about Jesus. Doing something good like going to church can become a religious tradition. Jesus wants everything we do to center around him. He is the way, the truth and the life. No one will be accepted by God apart from him (John 14:6).

Memorize this truth: “There is a right time for everything, and everything on earth will happen at the right time,” (Ecclesiastes 3:1).

Ask this question: Do you have a sense of God’s timing in your life? 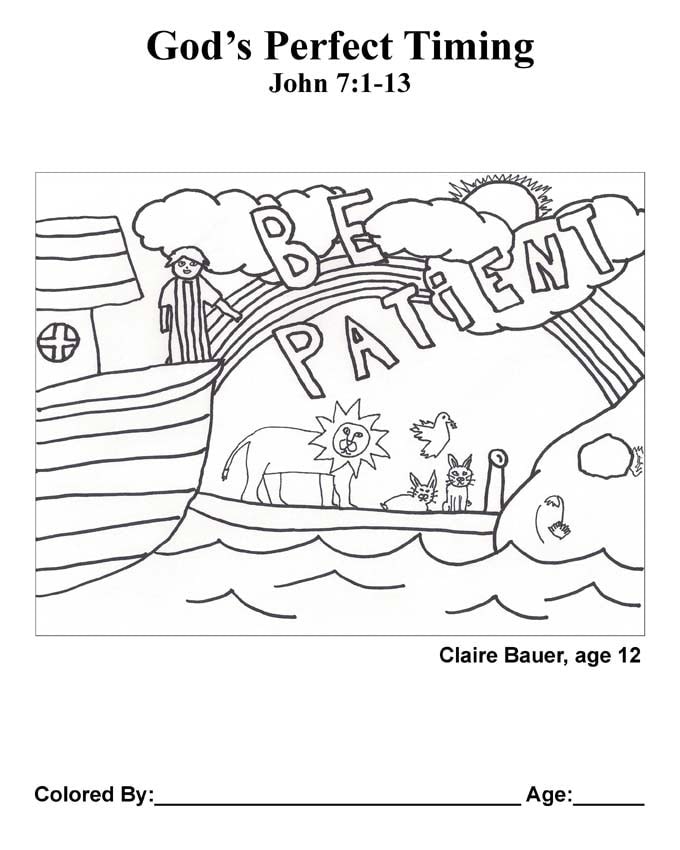