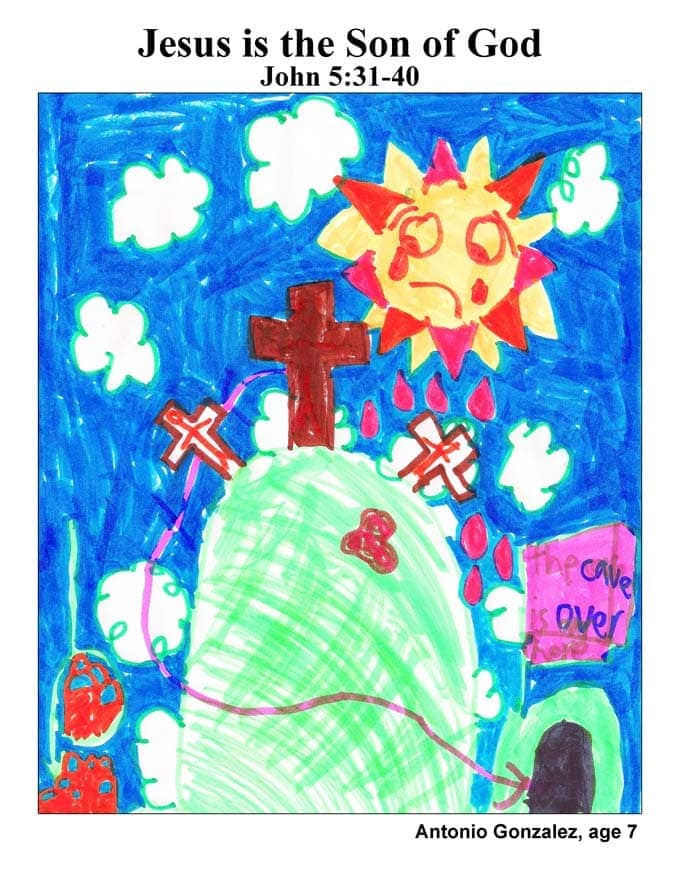 Jesus is the Son of God

31 “If I tell people about myself, they cannot be sure that what I say is true. 32 But there is someone else who tells people about me, and I know that what he says about me is true.

33 “You sent men to John, and he told you what is true. 34 I don’t need anyone to tell people about me, but I remind you of what John said so that you can be saved. 35 John was like a lamp that burned and gave light, and you were happy to enjoy his light for a while.

36 “But I have a proof about myself that is greater than anything John said. The things I do are my proof. These are what my Father gave me to do. They show that the Father sent me. 37 And the Father who sent me has given proof about me himself. But you have never heard his voice. You have never seen what he looks like. 38 The Father’s teaching does not live in you, because you don’t believe in the one the Father sent. 39 You carefully study the Scriptures. You think that they give you eternal life. These same Scriptures tell about me! 40 But you refuse to come to me to have that life.

How do we know that Jesus is the Son of God?

“Mary had him, and he was glowing in the stable.” Ella, 6

“No other baby had a star on him and that means that Jesus is the Son of God.” Daniel, 8

“In the Bible stories it shows us little videos about Jesus.” Geronimo, 6

Jesus starts with a curious statement: “If I tell people about myself, they cannot be sure that what I say is true” (John 5:31).

Didn’t Jesus always tell the truth? Yes, but Jesus knew how to argue before legal experts in the law given by Moses. The law required two or three people who saw something (witnesses) for it to be accepted before a judge (Deut. 19:15).

In the sight of the law, Jesus’ witness by itself could not be true. He needed two or more witnesses.

Next, Jesus appeals to John the Baptist. What John said about Jesus was true. He said Jesus is the Lamb of God who takes away the sin of the world. But Jesus said he didn’t need John the Baptist to prove he came from heaven. He had two greater witnesses: God the Father and the Old Testament Bible.

Even Jewish leader Nicodemus recognized Jesus’ miracles: “No one can do these miraculous signs that you do unless they have God’s help” (John 3:2).

Later, when Jesus said, “The Father and I are one,” the Jews picked up stones to kill him. Why? Because the Jews understood that Jesus said he was equal with God.

“Which of these good things are you killing me for?” Jesus asked.

The Jews answered, “We are not killing you for any good thing you did. But you say things that insult God. You are only a man, but you say you are the same as God!” (John 10:33).

If you say Jesus is only a good man or prophet, these Bible verses disagree with you. It’s so clear that Jesus claimed to be God.

The Old Testament Bible is the second witness Jesus called to convince the Jews that he is the Son of God. The prophet Micah predicted that Bethlehem would be the birthplace of God’s messiah (Micah 5:2). This is only one of many prophecies Jesus fulfilled that proves he is God’s only Son.

The resurrection of Jesus is the major proof that he is the Son of God. This is the way we know that Jesus will return as the King of kings and the judge of all who have died. The Apostle Paul said this when he presented the gospel to Greek rulers in Athens. The “he” in this Bible verse refers to God and the “man” is Jesus Christ: “He has decided on a day when he will judge all the people in the world in a way that is fair. To do this he will use a man he chose long ago. And he has proved to everyone that this is the man to do it. He proved it by raising him from death!” (Acts 17:31).

Think about this: When Jesus came to Earth, he fulfilled many predictions written about him in the Old Testament.

Memorize this truth: “They asked people, ‘Where is the child who has been born to be the king of the Jews? We saw the star that shows he was born. We saw it rise in the sky in the east and have come to worship him.’” (Matthew 2:2).

Ask this question: Have you taken time to look in the Bible to see if Jesus really is the Son of God? 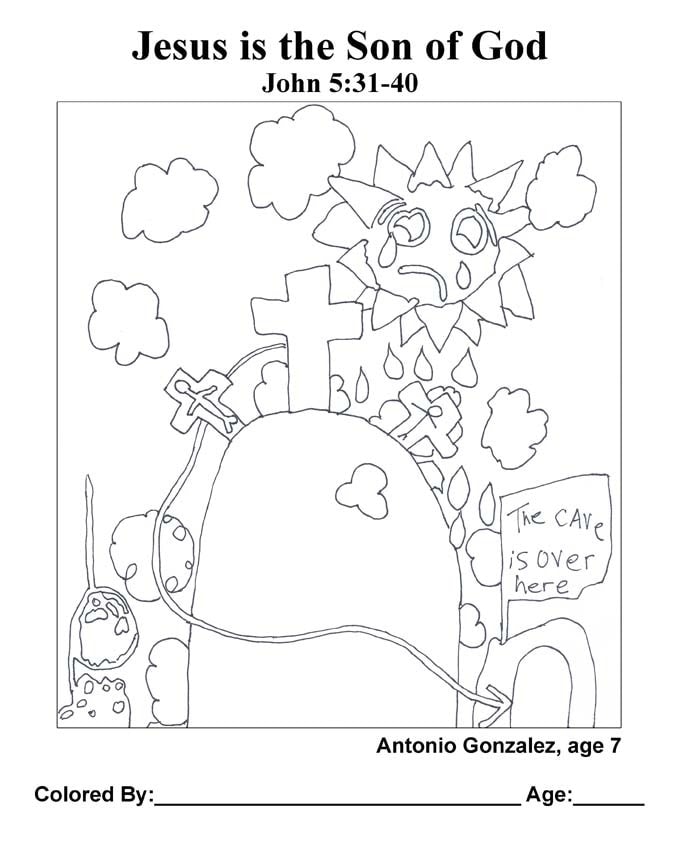