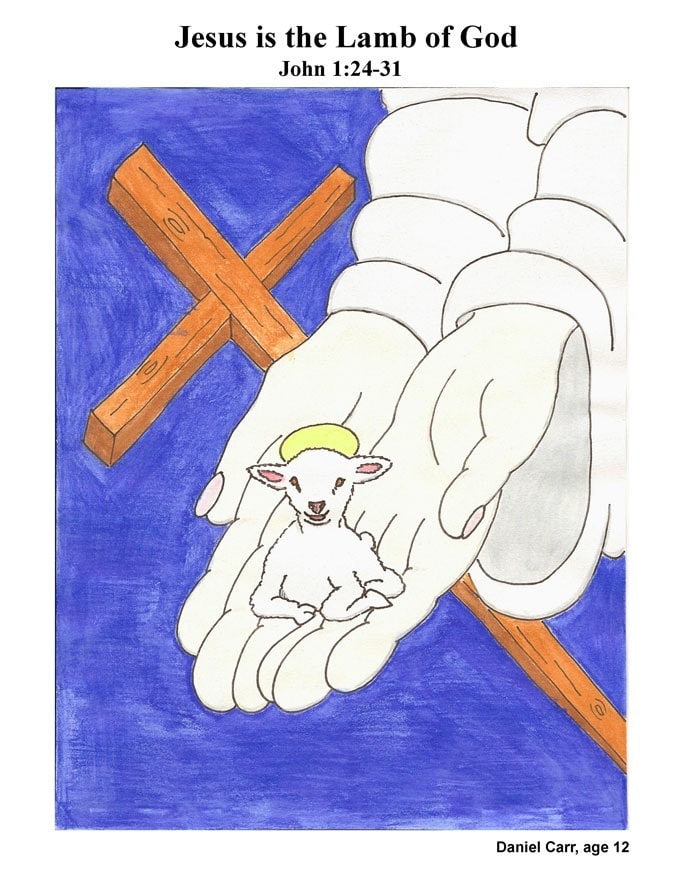 Jesus is the Lamb of God

26 John answered, “I baptize people with water. But there is someone here with you that you don’t know. 27 He is the one who is coming later. I am not good enough to be the slave who unties the strings on his sandals.”

28 These things all happened at Bethany on the other side of the Jordan River. This is where John was baptizing people.

Jesus, the Lamb of God

29 The next day John saw Jesus coming toward him and said, “Look, the Lamb39 of God. He takes away the sins of the world!30 This is the one I was talking about when I said, ‘There is a man coming after me who is greater than I am, because he was living even before I was born.’ 31 I did not know who he was. But I came baptizing people with water so that Israel40 could know that he is the Messiah.41”

37Pharisee A person who belonged to a Jewish religious group that claimed to follow carefully all Jewish laws and customs.

38baptize To perform the act of baptism. See “baptism.”

39Lamb A symbolic name for Jesus Christ. It means that he was an offering for sin like the lambs that were offered as a sacrifice to God in the Old Testament.

40Israel Another name for Jacob (see Gen. 32:24-28) and for the nation God chose to accomplish his plan of blessing the world through the Messiah (see “Messiah”). The people of Israel were the descendants of Jacob’s twelve sons. In the New Testament this name is sometimes used in a broader sense to mean all of God’s people.

411:31so that … the Messiah Literally, “so that he might be revealed as the Messiah to Israel.”

Why did John the Baptist call Jesus the Lamb of God?

“John the Baptist called Jesus the Lamb of God because Jesus is too holy and wonderful for him to even untie his shoes.” Mitchell, 8

“In Bible times when a person sinned, they would take a lamb to the temple to sacrifice. To be called a Lamb of God means that God gave Jesus to be killed like a lamb for our sins so we could live forever.” Sandra, 9

“Jesus died on the cross as a sacrifice for everyone’s sins. It is a gift that is only given to those who choose to accept it.” Tatyana, 9

“When Jesus was crucified, he took the sins of us upon himself. He never sinned because he’s God.” Riesa, 11

John the Baptist said he was not worthy to untie Jesus’ sandals. The lowest slaves untied sandals and washed feet. John put himself in the position of the lowest slave. That’s why Jesus surprised his disciples when he cleaned their feet before dinner on the night before he died on a cross.

Jesus said the way up in his kingdom is the way down. One time the disciples of Jesus argued among themselves about who would be the greatest in God’s kingdom. Jesus said, “If any person wants to be the most important, then he must make all other people more important than himself. That person must serve all other people.” (Mark 9:35).

God’s ways are usually different from the way we think and do. Leaders usually come from important families and go to the best schools. Who would think that Christ would be born into a poor family? He lived in a small town called Nazareth. Jesus worked as a carpenter for many years.

Like Jesus, John the Baptist understood that pleasing God was more important than pleasing people. He would rather help Jesus with his sandals than do something that people thought was great. When John the Baptist saw Jesus, he said, “Look, the Lamb of God. He takes away the sins of the world!” (John 1:29).

An important part of Jewish history came when Abraham took his son Isaac up the mountain to offer a sacrifice. Abraham knew God had promised to make him the father of many nations, yet God had commanded him to sacrifice his only son by Sarah. Isaac said to his father, “I see the wood and the fire. But where is the lamb we will burn as a sacrifice?” Abraham told Isaac that God would provide the lamb (Genesis 22:6-8).

Isn’t this what God did when he sent Jesus to die for our sins? God provided the lamb. Jesus is the Lamb of God who died for the sins of the world.

The priests in the temple at Jerusalem sacrificed a lamb in the morning and evening every day (Exodus 29:38). For hundreds of years, Jews brought lambs to the temple as sacrifices for their sins. They kept coming back year after year because no lamb could take away all their sin.

For Christians, the Passover is a symbol of something greater. God will one day judge the world and all the people who have ever lived. He will punish people for all the bad things they have done. He will not punish those who have trusted in Jesus Christ as their savior.

Just as the death angel passed over the houses that had the blood of the lamb on the door posts, God will not punish those who have trusted in Jesus Christ as their savior. He is the Lamb of God who takes away our sins. When Jesus died on the cross, he took the punishment that we should have received for all of our sins.

Hundreds of years before Jesus came, the prophet Isaiah wrote about the sacrifice Jesus would make: “He was hurt and punished. But he never protested. He said nothing–like a sheep being taken to be killed. He was like a lamb that makes no sound when someone cuts off its wool. He never opened his mouth {to defend himself}” (Isaiah 53:7).

Think about this: All the sacrificial lambs offered in the Old Testament point to Jesus Christ.

Ask this question: Have you believed in Jesus Christ as the Lamb of God as the one who took away your sin? 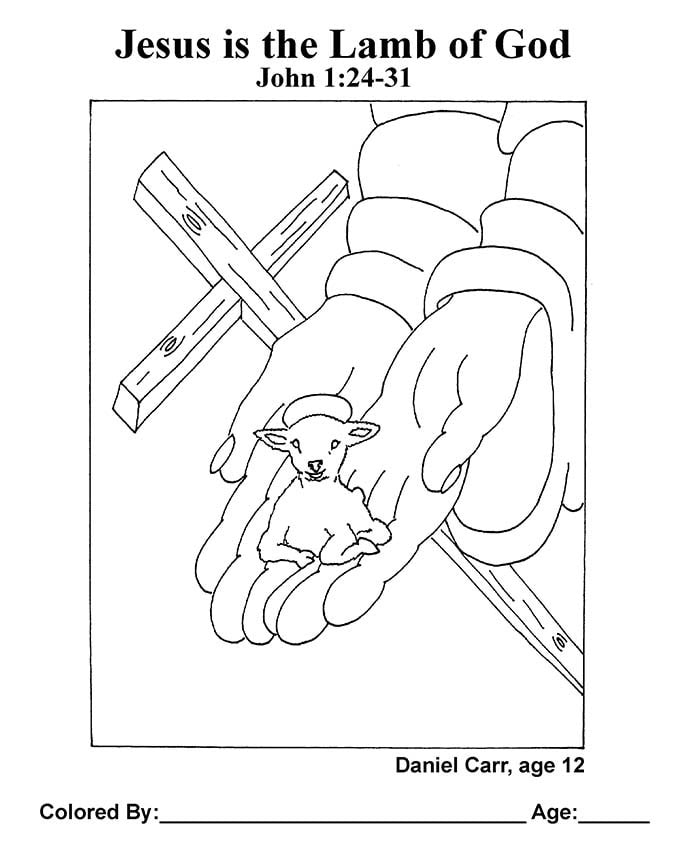